Childish Gambino, Janelle Monáe, Ariana Grande, Tame Impala and the 1975 are among those playing in the California desert this April 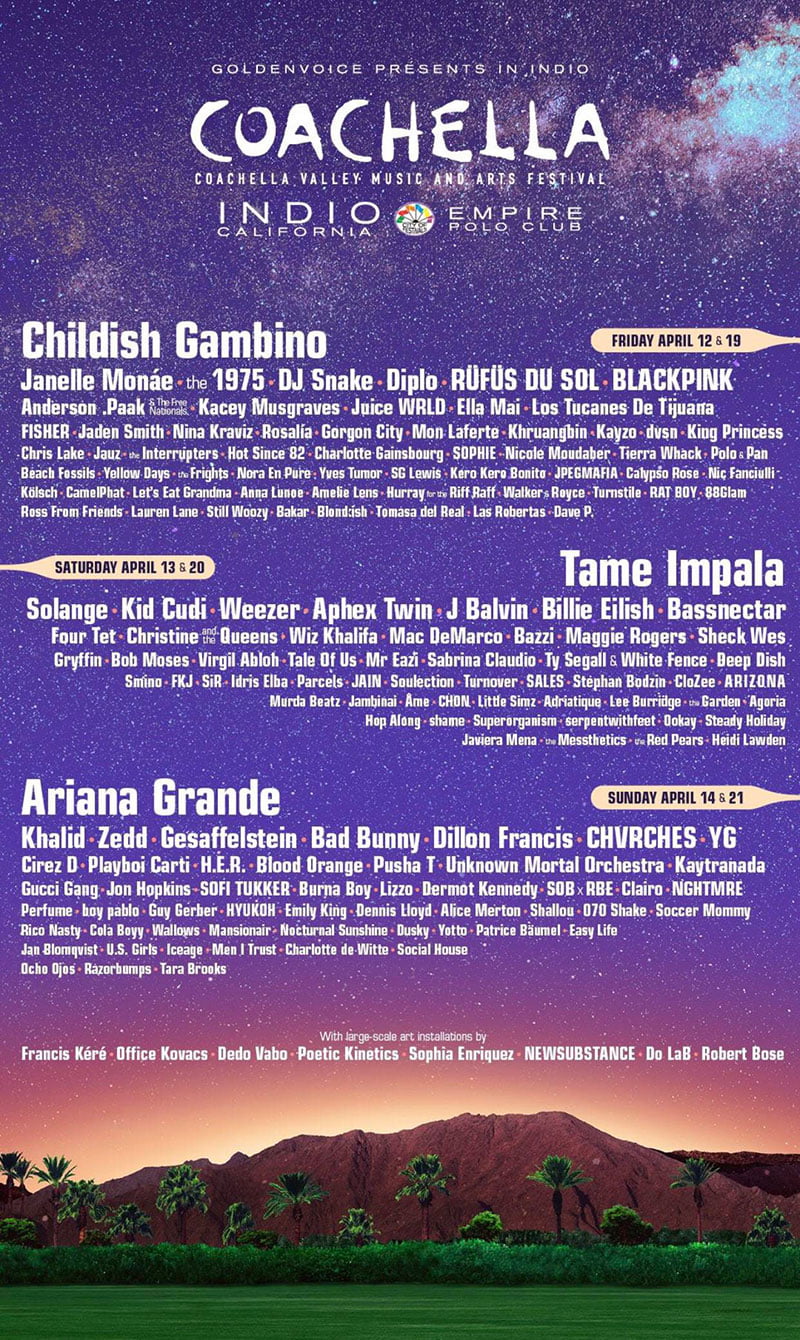