EODM to give free tickets to Bataclan survivors 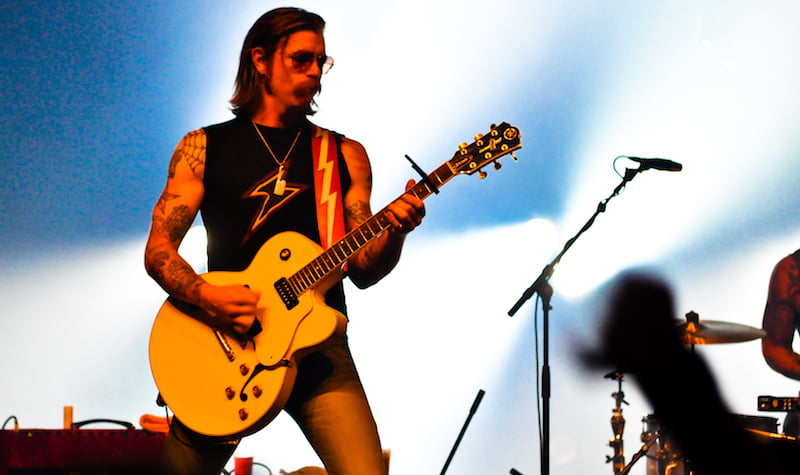 Survivors of last year’s terrorist attack on the Bataclan theatre will receive free concert tickets when Eagles of Death Metal play in Paris on 16 February.

The Californian rock band, led by Jesse Hughes and sometime Queens of the Stone Age frontman Josh Homme, were onstage when four Islamic State-linked gunmen forced their way into the Bataclan on 13 November and began firing indiscriminately into the crowd. Among the 89 dead were the band’s merchandise manager, Nick Alexander, Thomas Ayad and Marie Mosser of Mercury Records, Universal Music France’s Manu Perez and Les Inrockuptibles journalist Guillaume B. Decherf. The band escaped through a back door.

The band returned to Paris shortly after the attacks, visiting the memorial at the Bataclan and joining U2 on stage on 7 December for their gig at the AccorHotels Arena. In a statement released the following day, Hughes paid tribute to “the beautiful people – nos amis – of this great city”.

The 16 February gig, part of Eagles of Death Metal’s rescheduled and rechristened Nos Amis (“Our Friends”) European tour, will take place at the Olympia. The Bataclan has not yet reopened.

The 23-date tour will begin on 13 February in Stockholm’s Debaser Medis venue and finish with two dates in Germany, at the Aladin in Bremen and Live Music Hall in Cologne, on 15 and 16 August, respectively.