Zeltfest in St Johann am Walde, attended by around 1,000 people, was devastated by a severe storm, with a 19-year-old Romanian student among the dead 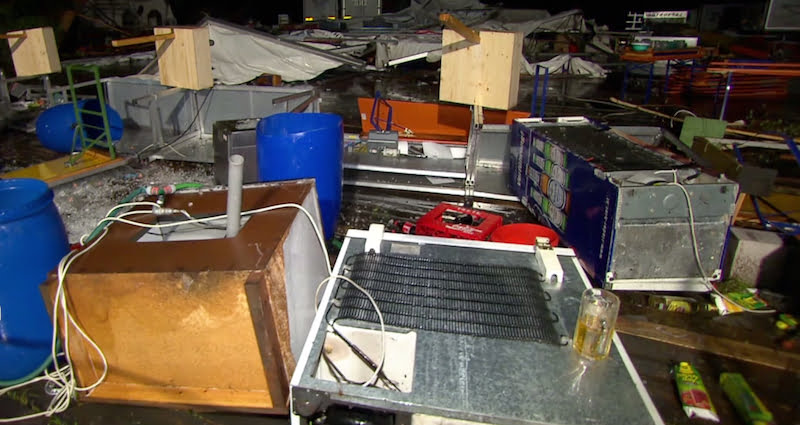 The wreckage of the collapsed tent

Two people have lost their lives after a storm ripped through a community festival in Austria on Friday night.

A 28-year-old local and a 19-year-old Romanian student were fatally injured by falling scaffolding when a beer tent collapsed at Zeltfest in Frauschereck, St Johann am Walde, amid 78mph winds that also left much of Upper Austria without power.

A further 120 people were injured, 20 of them seriously, reports the Vienna Kurier.

A reported 700 people were in the marquee when the storm broke, of around 1,000 total festivalgoers. Zeltfest (“Tentfest”) is an annual festival in aid of volunteer firefighters.

A statement from Frauschereck Volunteer Fire Brigade says its “thoughts are with” those affected. Firefighters also thanked local residents for their offers to help clear the festival site, which was strewn with debris.

Public prosecutor Alois Ebner says his department will launch an investigation to discover whether “all requirements” were filled in the construction of the tent, and if organisers – the fire brigade – should have evacuated the event. Nikolas Zimmermann, of weather forecaster Ubimet, tells the Kurier the festival would have had at least two hours’ advance warning of the storm.