Young and band Promise of the Real, featuring Willie Nelson's sons, will make their only festival appearance of 2016 so far at the Danish event 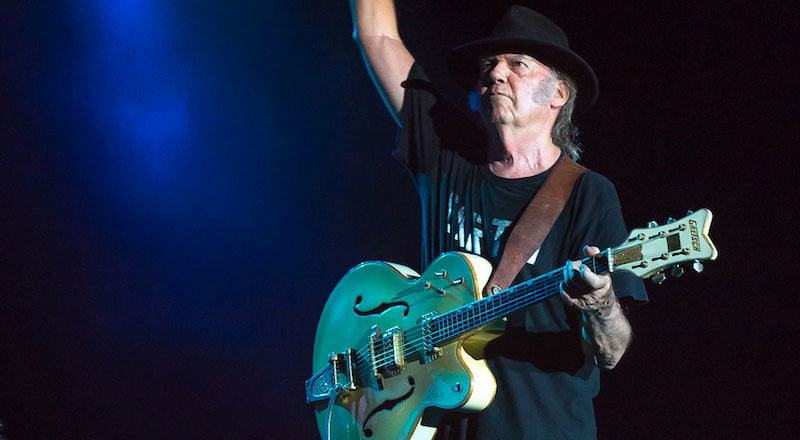 Young and co join existing headliners LCD Soundsystem, New Order, Red Hot Chili Peppers, Wiz Khalifa and Macklemore & Ryan Lewis at the Roskilde Foundation-run festival, which will take place south of the city of the same name in Denmark from 25 June to 2 July.

“A handful” of remaining acts will be announced shortly before the festival.

Roskilde is so far Young’s only confirmed festival appearance for 2016.

“We have literally traveled the world the past year to find the stars of tomorrow, [who] will perform next to legends and established acts”

Anders Wahrén, Roskilde’s head of programming, says: “Neil Young is as relevant as he’s ever been with his astonishing ability to try new things and work with new people. During his last visit in 2008 he called Roskilde Festival the greatest festival in the world, and there’s no doubt in my mind that he will once again deliver an overwhelming show with both new material and all the classics.

“With renowned acts like Grimes, MØ and Santigold, pop music will play a big part in our line-up this year. Even artists such as Ghost and Tame Impala show how metal and psychedelic rock are also experimenting with pop music, rewriting both their own genres and pop itself. We see the same things with hip-hop acts like Future, Young Thug and Wiz Khalifa spitting out hits without losing their credibility or edge as rappers. We can’t wait to see our guests work their way through a diverse line-up with a pop sensibility that will take them to memorable concerts they perhaps didn’t plan on going to.

“We have literally traveled the world the past year to find the stars of tomorrow that will perform next to legends and established acts. We see Roskilde Festival as the city where you can find all the music you didn’t know you were going to love. During our travels we have found new favourite artists ourselves, and we’re convinced that our enthusiastic guests will fall in love with new artists at the festival as well.”

The updated line-up is below: 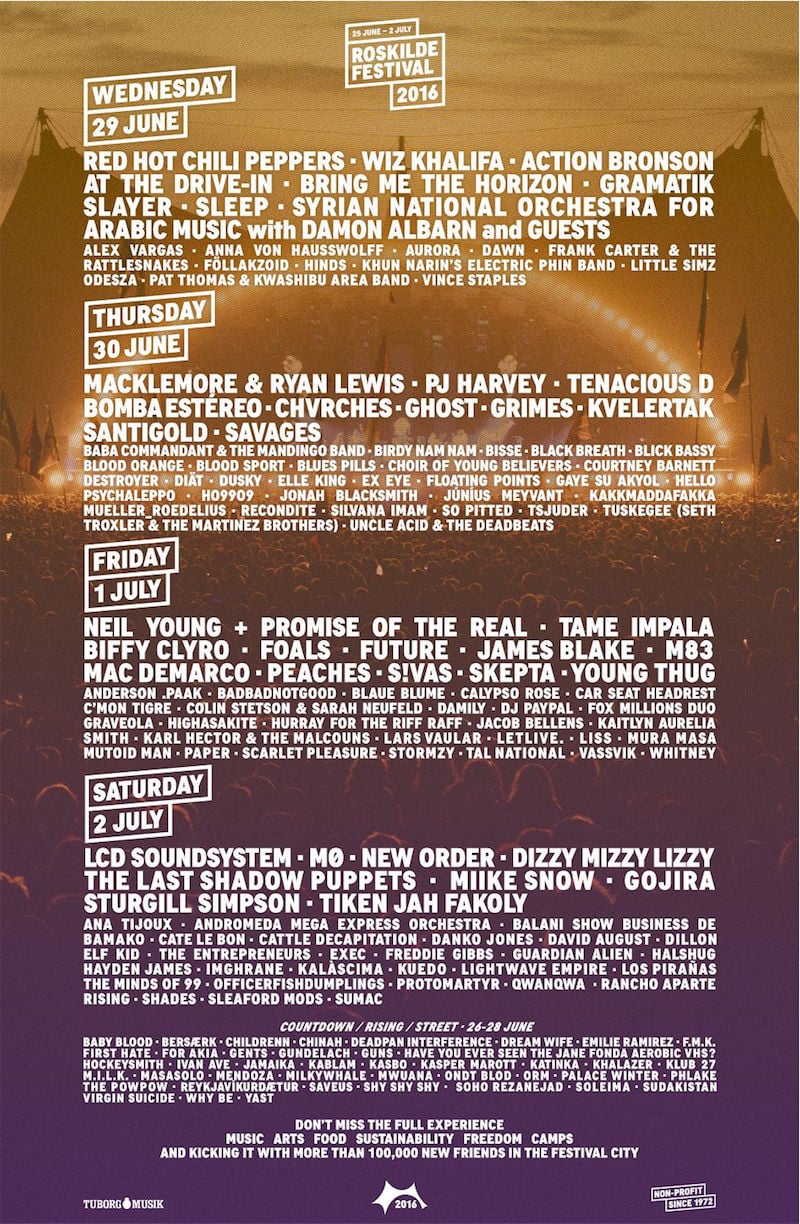