Following the success of its first Rave Culture show, which welcomed 1,400 fans to Cologne’s Lanxess Arena in July, Dutch electronic promoter Alda is planning an “even more spectacular show” in Thailand this December.

The first Thai music festival since early 2020, Rave Culture part two will be held in Nong Nooch Tropical Garden in Pattaya, on the Gulf of Thailand, on 12 December. A co-pro with Bangkok’s 808 Festival and Amsterdam-based creative agency 20 Agency, Rave Culture welcomes a “top-tier” line-up, says Alda, as well as high-end production featuring lasers, LEDs, “state-of-the-art” lighting and other special effects.

Pattaya is known as the nightlife capital of Thailand, while the 500-acre Nong Nooch gardens will provide a “beautiful setting” for the event, adds an Alda statement.

Tickets for Rave Culture, which takes place as part of day two of 808 Festival, start at ฿2,950 (€81) for general admission and are on sale now.

Dutch DJ duo W&W played what was billed as the world’s first extended-reality (XR) live stream over the weekend, performing amid virtual pyrotechnics in a custom-built stadium to more than a million fans on Facebook and Twitch.

The pair appeared as themselves inside a 3D virtual world, playing a new set to 900,000 viewers on Facebook and over 150,000 on Twitch, while green-screen special effects, including lighting, confetti, lasers and fireworks, illuminated the computer-generated environment around them.

Commenting on the 23 May show, Allan Hardenberg, CEO of organiser Alda, says: “It was incredible to bring to life this revolutionary experience in dance music.

“The partnership with W&W meant that we could bring the best in music, and we succeeded in our goal to bring our fans the best music experience, no matter where they are in the world. We’re looking forward to bringing more groundbreaking music experiences to our fans.” 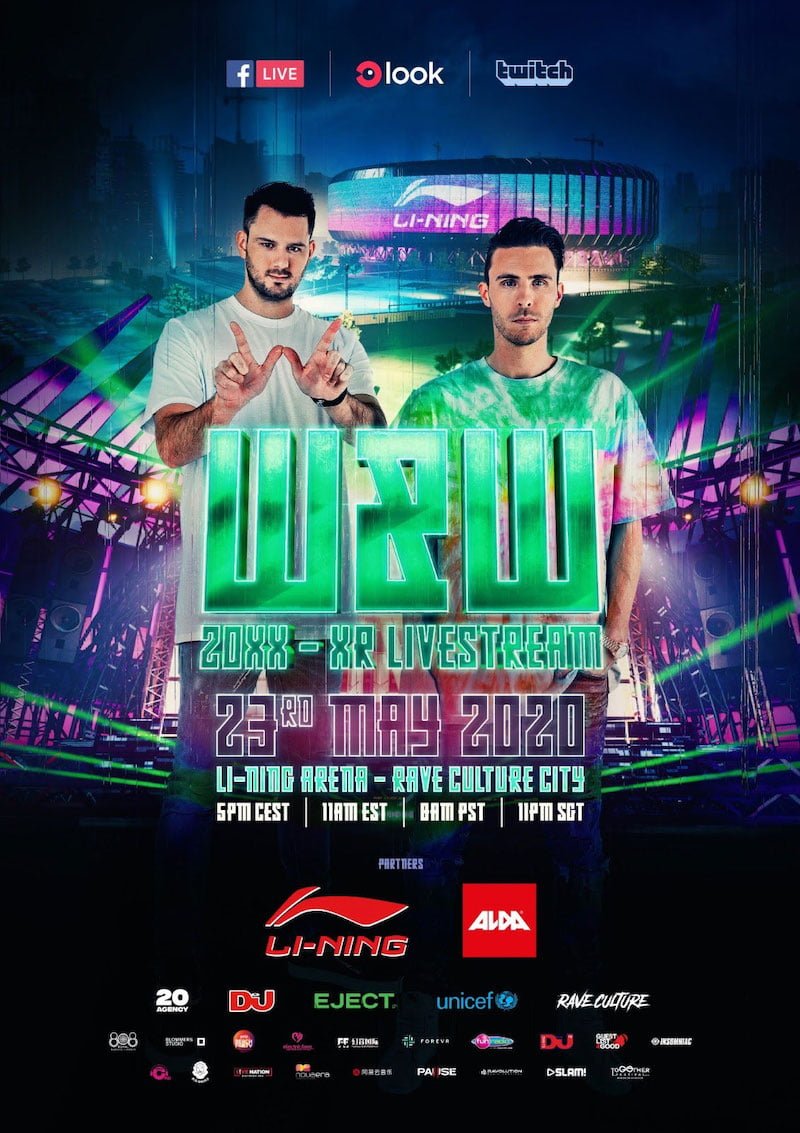