Canadian indie rock band Arcade Fire have announced details of a new world tour, set to take place later this year in support of their new album ‘WE’.

Arcade Fire will be joined by  Feist for the UK and European dates, while Beck will join them to play acoustic sets in North America.

The band has partnered with the social and environmental justice non-profit PLUS1 on the tour to ensure that £1/$1/€1 from every ticket will go to KANPE, a foundation committed to supporting the most vulnerable communities in Haiti.

Tickets for all tour dates will go on general sale this Friday (13 May).

Arcade Fire are represented by CAA in the UK, Europe and South America. 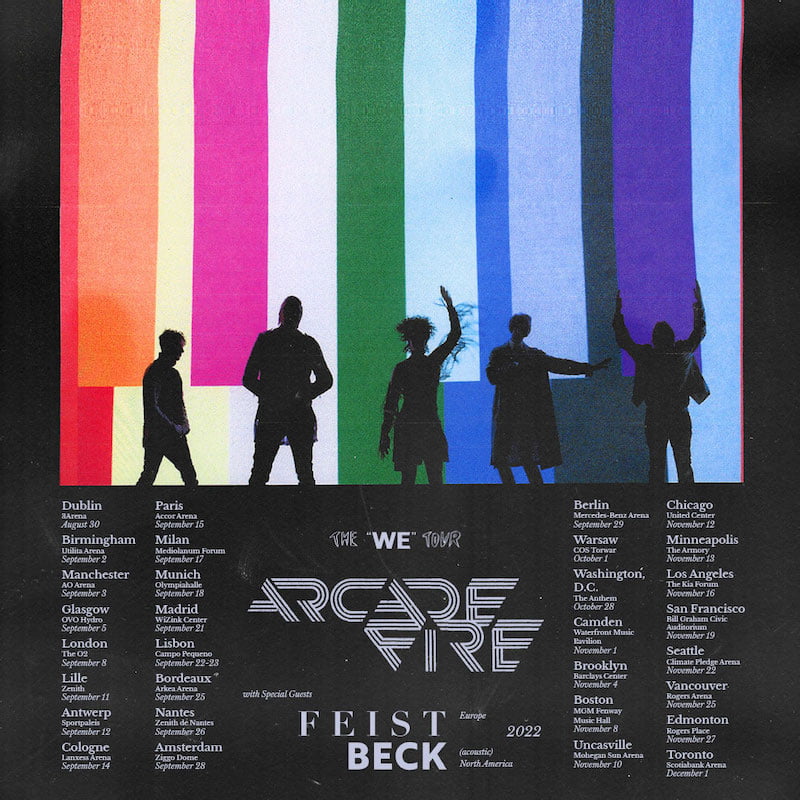