This year’s Bonnaroo Music & Arts Festival has been cancelled at the eleventh hour due to flooding from Hurricane Ida.

The Live Nation-owned festival was to be held in Tennessee, US, this week (2 to 5 September), with headliners Foo Fighters, Megan Thee Stallion, Tame Impala, and more.

In a statement posted on social media, the Bonnaroo team said it is “heartbroken” to pull the plug for a second consecutive year.

“While this weekend’s weather looks outstanding, currently Centeroo is waterlogged in many areas, the ground is incredibly saturated on our tollbooth paths, and the campgrounds are flooded to the point that we are unable to drive in or park vehicles safely,” reads the statement.

It continues: “We have done everything in our power to try to keep the show moving forward, but Mother Nature has dealt us a tremendous amount of rain over the past 24 hours, and we have run out of options to try to make the event happen safely and in a way that lives up to the Bonnaroo experience.”

The festival organisers revealed that Bonnaroo will return in June 2022 to mark its 20th anniversary.

The festival has historically been held in the month of June since 2002, however, this year’s edition was pushed back to September.

The festival last took place in 2019, when organisers welcomed around 70,000 attendees per day for the festival’s first sell-out since 2013.

While Hurricane Ida (a category four storm) has been making its way through the southern part of the country, the northeast is still reeling from Hurricane Henri which caused a slate of concert cancellations.

UK festival Standon Calling had similar bad luck with flash flooding, forcing organisers to pull the plug on the last day of the event. The boutique event took place from 22 to 25 July with headliners Bastille, Hot Chip, Primal Scream and Craig David’s TS5.

Live Nation, which has had a controlling interest in Tennessee-based Bonnaroo Music and Arts Festival since 2015, has announced its intention to buy out the rest of the festival from its co-founder Superfly.

According to Billboard, Live Nation told Bonnaroo minority owners of its plans to exercise a buyout and purchase the rest of the festival.

The transaction will take place before next year’s festival. Although it is believed that a limited role for Superfly is being considered, the company will no longer have a hand in organising the festival, say reports.

Bonnaroo will now be produced by Live Nation-owned C3 Presents and AC Entertainment, which co-founded the festival along with Superfly in 2002 and was acquired by Live Nation in 2016.

The biggest camping festival in North America, this year’s Bonnaroo festival sold out all 80,000 tickets in its first sell-out since 2013. Childish Gambino, Post Malone and Phish headlined the event, which took place from 13 to 16 June in Great Stage Park, Manchester.

Superfly had been hired to produce this year’s Woodstock 50 event but pulled out of the anniversary festival in May, after the Woodstock team lost the backing of its investor.

In 2018, its Phoenix-based festival Lost Lakes was cancelled and in January, the company announced it was not putting on another edition of Denver’s Grandoozy festival.

Superfly also co-produces Outside Lands festival in San Francisco with promoter Another Planet.

The two companies plan to pool their resources to create Neste Live!, a new talent buying and event production venture for festivals, fairs and corporate clients.

“By creating Neste! Live, we’ll help even more events and clients tap into the magic of live entertainment,” says Bob Roux, president of Live Nation’s US Concerts division. “Gil [Cunningham, president] and the team at Neste are amazing at what they do and make the perfect partners for this new endeavour.”

“We are looking forward to seeing the way Neste Live! unfolds and changes the talent buying process”

Cunningham adds: “We are excited to join Bob and the entire Live Nation team as we embark on this new journey together. We are looking forward to seeing the way Neste Live! unfolds and changes the talent buying process for clients of all kinds.”

Neste Event Marketing was established in 1995 as a corporate sponsorship and event marketing agency for the festival market, later expanding into talent buying and event production. The company has since provided its services to more than 500 events.

Neste is Live Nation’s fourth acquisition of 2019, and its first in the US, following Singapore’s One Production in January and Canada’s Embrace Presents and Spain’s Planet Events earlier this month.

Staff from EventBooking, a US developer of online booking and management software for venues, have returned home to Knoxville, Tennessee, after a 6,578-mile (10,586km) road trip visiting venues across the country.

The nationwide tour – which saw founder and CEO John Platillero, along with two other EventBooking team members, host free roundtable discussions about the evolution of technology in live events – made 18 venue visits and was attended by 200 staff from more than 50 venues. It kicked off in Knoxville, then continued north to Michigan and west to California, before returning to Tennessee.

“The purpose of this trip was to get out from behind our desks, put the phone down and visit venues,” says Platillero. “We simply wanted to hear from venue professionals about how their jobs could be more seamless. What issues do people have day to day as they run their venue? What sort of advancements in venue technology could alleviate those?”

Charlie Lewis, who accompanied Platillero, adds: “What stands out most from our journey is the fact that there’s no substitute for engaging the people of this industry face to face. Our gears are turning here at EventBooking as a result of each discussion, and we are excited to implement ideas for how we can make everyone’s day a little better and more simple.”

The tour, dubbed the Road to VenueConnect 2017, culminated at the annual IAVM VenueConnect conference in Nashville. Ticketmaster served as a partner, and sent representatives to contribute to the discussions. 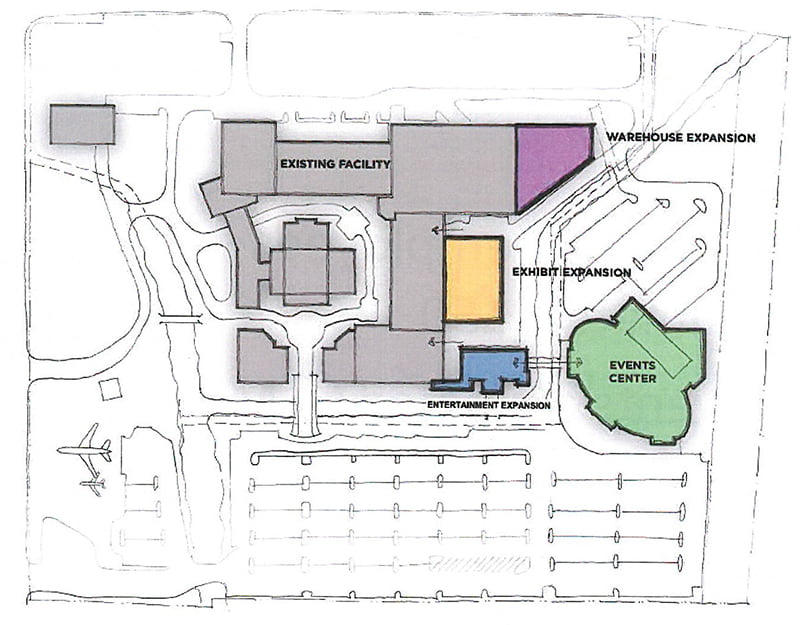