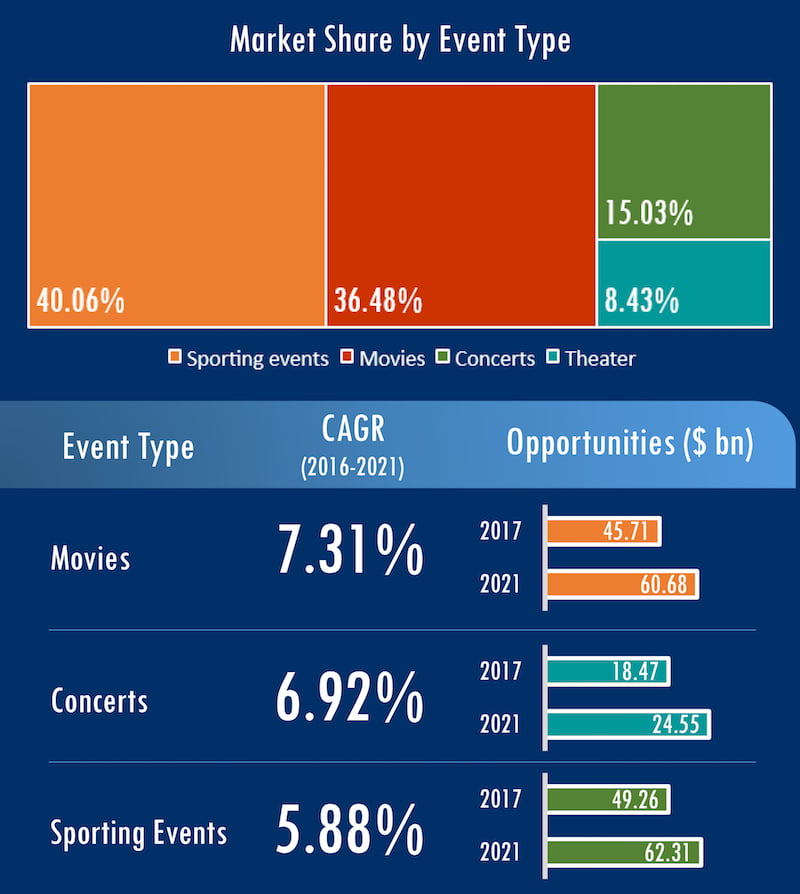 The global mobile ticketing market is expected to grow at over 20% annually until 2020.

Market research firm Technavio, in its Global Mobile Ticketing Market 2016–2020 report, predicts that the volume of tickets sold through mobile apps will see a compound annual growth rate (CAGR) of at least 20% from 2016 to 2020.

Technavio identifies increased mobile internet adoption after the launch of 3G, and later 4G, as one of the main drivers. “In line with economic growth, the rise in disposable income in developing countries led to the increased use of smartphones that provided an alternative channel for shopping through e-commerce websites,” it writes. “Since customers have shifted their focus to online shopping, a number of industry verticals are turning to the e-commerce model to expand their business reach. This will further increase the adoption of [the] latest mobile internet technologies.”

This m-commerce boom stands in contrast to the growth of ticketing (especially event ticketing) generally: Technavio expects the event ticketing market to grow at a “modest rate” of over 2% from 2015–2019 “owing to the rise in number of sporting events and live performances”.