StubHub has revealed plans to close its San Fransisco and Shanghai offices by the end of the year, and lay off the majority of employees based in each location.

According to CEO Eric Baker, the decision comes as the ticket resale platform looks to optimise and streamline its operations following Viagogo’s takeover of the company.

Baker says that the business will focus on building its new offices in New York and Los Angeles and using these locations as key hubs for in-person work.

StubHub announced the news via a post on LinkedIn, which included a copy of the letter that Baker sent to employees.

The CEO wrote: “This is never easy news to share. Those who are impacted by these changes have already been contacted by our People Team about their individual departure plans.

“To the team that remains, it’s growth time”

“We are grateful for the contributions of these employees and wish them well as they go on to their next chapters.

“To the team that remains, it’s growth time. Moving forward, our work will focus on in-person participation in our offices around the world, which – in addition to LA and NY – will still include locations in Utah, Switzerland, Ireland and Taiwan.”

In September last year, Switzerland-headquartered Viagogo got the green light from the UK Competition and Markets Authority (CMA) to complete its takeover of StubHub.

The deal was approved after it was agreed that StubHub would sell its business outside of North America – including the UK – to investment firm Digital Fuel Capital LLC for an undisclosed sum.

Viagogo originally agreed the purchase of eBay’s ticketing division StubHub for $4.05bn in cash in February 2020.

Chinese post-punk band Re-Tros made history on Saturday 22 May with the biggest rock show in China since the beginning of 2020.

The sold-out concert, promoted by Live Nation, saw Re-Tros (Rebuilding the Rights of Statues) performing to 10,000 people at the Mercedes-Benz Arena in Shanghai. The production centred on a unique triangular stage that reflected the band’s logo, with the two-hour show also divided into three parts or ‘chapters’.

The band, who formed during the Chinese indie-rock renaissance of the mid-2000s, played some of their biggest hits, including ‘Momentarily Out of Mind’, ‘Pigs in the River’, ‘Billy Cannot Stop’ and ‘My Great Location’, closing with ‘Sounds for Celebration’.

Edward Liu, managing director of Live Nation China, says: “Like the closing song itself, the show was a momentous celebration of sound, and there is no greater joy than that of live music and seeing fans connect with their favourite artists.

“It’s been four years since the last time we saw Re-Tros on stage for a headline show and tonight was and unprecedented, ingenious and a spectacular display of Chinese rock music that will go down in history. The show tonight was just a beginning for Re-Tros and all of us who are here for the return to live.”

EDM festival juggernaut Electric Daisy Carnival (EDC) will touch down in China for the first time this April, promoter Insomniac has announced.

“To bring EDC halfway around the world is a milestone for our entire Insomniac family,” says Pasquale Rotella, founder and CEO of Insomniac. “China marks EDC’s sixth international location, and I’m excited to connect and create beautiful new moments with the country’s passionate and ever-growing dance music community.”

Insomniac’s flagship EDC Las Vegas festival welcomes more than 400,000 fans over three days each year, with international events including past and present EDCs in Mexico, India, Brazil, the UK and Japan.

Electric Zoo: Countdown Shanghai, the first iteration of the electronic dance music (EDM) festival in mainland Asia, has been hailed as a success by promoter Made Event after selling out in its maiden year.

The festival, which joins the flagship event in New York and spin-offs in Mexico and Japan, took place last Saturday (12 November) at Shanghai’s Expo Park (pictured) and was headlined by Sander van Doorn, Dada Life and Oshi.

After selling out its entire allocation of 5,000 tickets, SFX-owned Made’s director of marketing, Michael Julian, says the festival will return bigger and better in 2017.

“Local fans have really inspired us with their endless energy, big warm smiles and groovy dance moves. We can’t wait to return and produce a bigger version of our festival next year”

“We are very humbled that the very first Electric Zoo show in Shanghai has sold out,” he comments. “Local fans have really inspired us with their endless energy, big warm smiles and groovy dance moves. We can’t wait to return and produce a bigger version of our festival next year.”

China has the potential to be a huge growth area for Western promoters: A Nielsen study found in February wealthy Chinese are more willing to spend on live music than the average American. 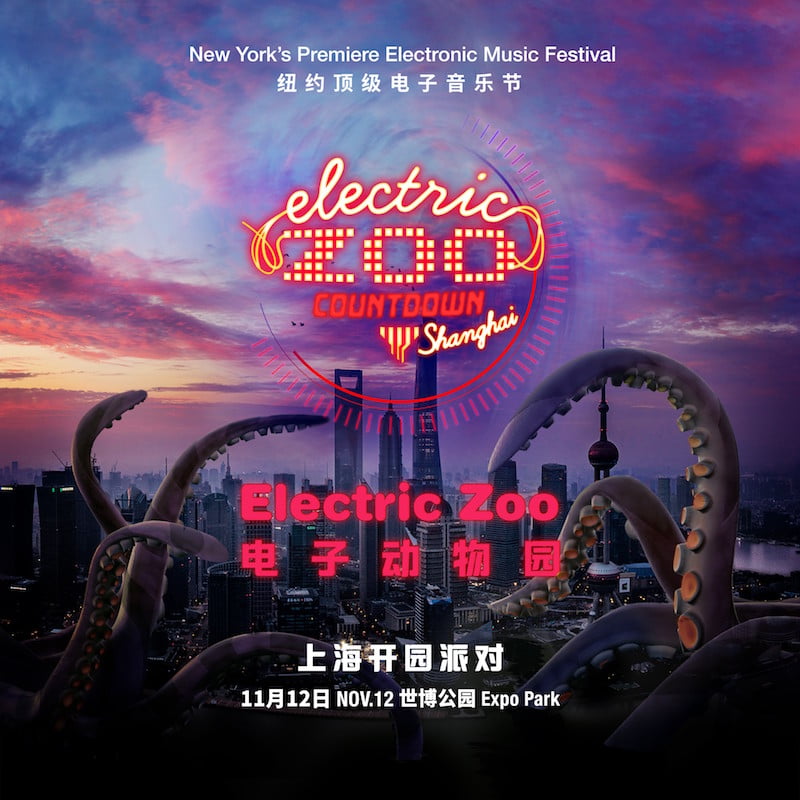