Festivals per la Cultura Segura, the organiser of the recent pilot concert in Barcelona on 27 March, today announced that the event had no impact on Covid-19 transmission among attendees, despite the lack of social distancing observed at the 5,000-person show.

Having analysed the data, doctors from the show’s medical partners (the Germans Trias Hospital and Fight Aids and Infectious Diseases Foundation), who observed the event, have concluded that the indoor concert setting did not increase the coronavirus risk – with concertgoers exhibiting a lower incidence of Covid-19 than the general population in Barcelona at the time.

Taking place at the 17,000-capacity Palau Sant Jordi Arena, the event saw popular local rock act Love of Lesbian perform to an audience of 4,994 fans, all of whom had tested negative for Covid-19 on the day (six people were turned away after testing positive). While the use of a medical-grade FFP2 mask was mandatory, there was no social distancing among fans, who were separated into three areas, once the show got underway.

Compliance with the measures that were in place – such as the mask mandate, the three concert zones and a regulated flow of people around common areas such as bars and the toilets – was “scrupulous”, say organisers.

Of the 4,592 concert attendees who gave consent for the doctors to analyse Covid-19 tests taken after the event, six people tested positive for Covid-19 within 14 days of the show. All six cases had mild symptoms, or were asymptomatic, and no secondary transmission was observed; additionally, analysis suggests that four of the cases originated outside the concert.

In a statement, Festivals per la Cultura Segura – comprising Primavera Sound, Sónar, Cruïlla, Canet Rock, TheProject and Vida Festival – say they view the experiment “very positively”, stating their intention to use the lessons of the Love of Lesbian show to push for the safe return of full-capacity live concerts.

“We will continue to work under the guidance of the scientific community in order to make further progress,” they say. “The aim is for this established model to generate new proposals within the framework of a strategic plan of pilot studies, such as the one carried out on 27 March at the Palau Sant Jordi.”

The Palau St Jordi show is the latest scientifically monitored pilot show to conclude concerts do not increase the rate of Covid-19 transmission, following similar events in Germany (Restart-19 in Leipzig and a test show at Dortmund’s Konzerthaus) and elsewhere in Barcelona (Primacov at Sala Apolo).

Watch the the event’s aftermovie, which includes on-the-day interviews with the organisers and fans (with English subtitles), below:

Organised by Festivals per la Cultura Segura (Festivals for Safe Culture), comprising festivals including Primavera Sound, Sónar and Cruïlla, the concert, by Spanish band Love of Lesbian, sold out quickly after going on sale earlier this month. In total, 4,994 people attended the show, after six ticketholders were found to have Covid-19 during the pre-gig tests.

The day of the concert began at 8am, when the first attendees arrived at the three Barcelona venues which were being used as Covid-19 test centres: Sala Apolo (which had hosted an earlier pilot concert), Sala Razzmatazz and Sala Luz de Gas.

All 5,000 fans passed through one of the three sites, which were staffed by more than 200 people in total, including medical professionals from local hospitals. Of the 5,000, 4,994 tested negative for the virus, while the six people who tested positive had their tickets refunded.

The final tests finished at 4pm, with entry to the show open from 5pm. After gaining entry to the Palau St Jordi (using an app which contained both their ticket and negative test results), fans were given a medical-grade FPP2 mask to wear and shown to one of three pre-assigned areas set up in the arena.

Once inside, local heroes Love of Lesbian played the “greatest hits of their long career”, with concertgoers – seeing a show in a non-socially distanced format for the first time March 2020 – responding to the excitement of being part of “a historic event”, say organisers.

A video posted to the Palau St Jordi Twitter feed shows the thousands attendees dancing as Love of Lesbian perform on stage:

The concert marked a “great step forward”, says Festivals per la Cultura Segura, who hailed the event as an “example of the unity of the live music industry, the scientific community, the different administrations [the various Spanish governments] and committed sponsors”. The collective also thanked concertgoers for their cooperation and “civility”.

According to organisers, “conclusive data” from the concert will be available from 10 April, and will be released shortly after, following consultation with Catalonia’s ministry of health.

Speaking to the Catalan News Agency (ACN), Cruïlla director Jordi Herreruel said he hopes the show will demonstrate that festivals like his can take place safely this year.

“If the results confirm our theories, we will have the door open to the return of big events this summer,” he said. Previous pilot concerts, including the Sala Apolo study in Spain and two events in Germany (Restart-19 in Leipzig and a test show at Dortmund’s Konzerthaus), have demonstrated that live entertainment can take place safely in a pandemic situation.

Spanish indie-pop band Love of Lesbian will play a non-socially distanced show for 5,000 fans at Barcelona’s Palau St Jordi arena later this month, following the success of earlier pilot concerts in Spain and across Europe.

Organised by Catalan government-backed initiative Festivals per la Cultura Segura (Festivals for Safe Culture), the show, set for 27 March at the city-owned Palau Sant Jordi (17,960-cap.), follows the Primacov trial in December, where no concertgoers were infected with Covid-19 during a controlled test show at Barcelona’s Apolo club.

Tickets for the Love of Lesbian gig, which were priced between €23 and €28, quickly sold out after going on sale last Friday (5 March). At the show, fans will be divided into standing zones of up to 1,800 people, with their own bar (buying drinks is allowed) and toilet facilities.

If successful, the show could establish a “new protocol for celebrating events in the current” situation

Other health measures include a temperature check on entry, restricting entry to 18–65-year-olds, placing hand sanitising gel throughout the venue, and monitoring attendees via their smartphones, both during and after the show, when public health authorities will use the data for contact tracing purposes.

If successful, the show could establish a “new protocol for celebrating events [safely] in the current” situation, according to Festivals per la Cultura Segura.

Dua Lipa sold more than 15,000 tickets in a single morning yesterday (6 December) when the Spanish leg of her Future Nostalgia European arena tour went on sale, according to promoter Mercury Wheels.

The Spanish dates, beginning at the 15,500-capacity WiZink Center in Madrid on 26 April, mark the start of the tour, which will visit more than 20 European cities before wrapping up at 3Arena in Dublin on 19 June. 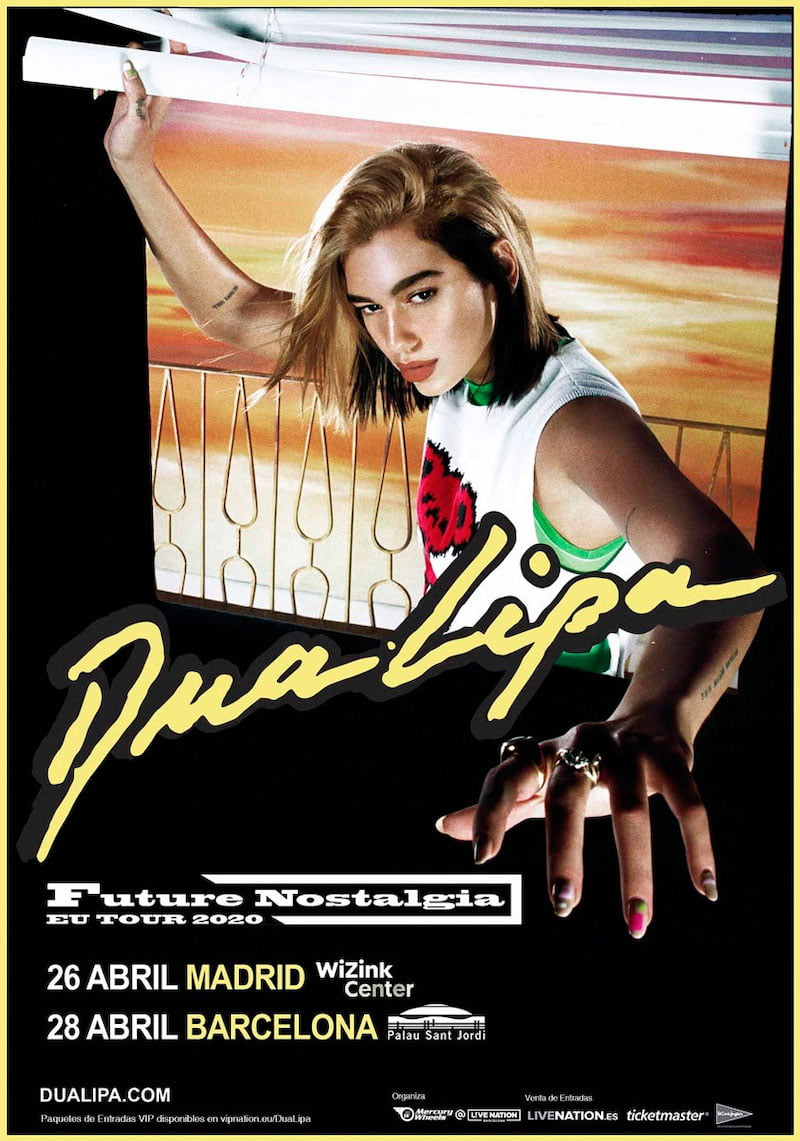 A share of all proceeds from tickets sold will go to Unicef and the Sunny Hill Foundation, set up by Dua and her father Dugi in Kosovo.

The Lipas were the keynote interviewees at the inaugural Futures Forum at ILMC this March, where they spoke about the foundation, Dua’s career so far and using Dua’s platform to help her fans and other young women.

Dua Lipa: ‘Women have to work harder to be heard’