It’s been a turbulent year, to say the least, for the events industry. Mass cancellations, followed by huge uncertainty and financial turmoil, has caused a huge strain on what is one of the world’s most exciting sectors.

Despite all this, we’ve always been confident the industry will bounce back strongly. There’s a reason why the global events industry was valued at $1,100 billion in 2018, with the expectation of reaching $2,330bn by 2026, but its influence goes way beyond a monetary value and into the very fabric of who we are as people.

Back in the summer of 2020, we ran a survey of over 100,000 festivalgoers to find out what they were thinking about the future of live events. We were surprised even ourselves to find out that a huge 83% would feel confident booking an event for 2021, indicative of the pent-up demand that has soared following a year starved of live events.

We’ve already seen this heightened demand turn into sales selling over 90,000 tickets thanks to some extremely impactful launches from the likes of Afro Nation, Rolling Loud, EDC Portugal, BST Hyde Park, Mad Cool and El Dorado Festival. What’s maybe even more encouraging is that 60% of those sales have come from international travellers – nearly double the amount of overseas buyers from the same period in 2019, and from a much smaller pool of festivals.

All those above have benefited from little to no competition. In an industry notoriously saturated, their bravery has effectively turned into a competitive edge. It’s never been so easy to get your message across and take advantage of the strong demand before others like it is possible to do now.

As the roll-out of coronavirus vaccines continues to gather pace and we gradually return to normality, we believe more and more events will look to go on sale. That’s obviously great news, but of course makes it harder to cut through the noise compared to launching now.

Whereas a few months ago the question over if live events would be able to take place in 2021 was still very much hovering over us, we feel this mindset has now shifted to how these events will take place.

We’ve been working hard on this to unveil our new Covid-secure offering through Event Genius, which allows promoters to operate a robust track-and-trace system and self-scan ticket entry and go completely cashless.

If there’s one thing that’s always struck me about the events industry it’s its resilience and optimism. It’s been a tough past year, but despite all that’s been thrown at us we’re confident that with innovation and positivity we’ll return with a hugely successful 2021. It’ll be worth the wait!

Click the image below to view the Festicket infographic accompanying this piece: 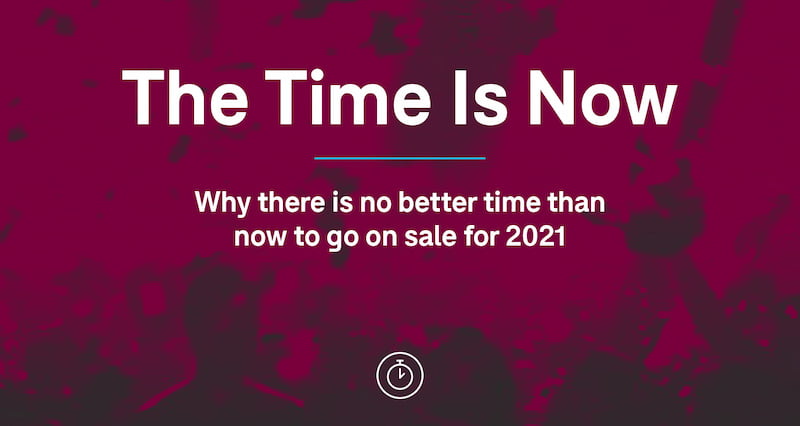 More than a million metal fans tried yesterday to get tickets for Rammstein’s upcoming European stadium tour, according to ticketing partner CTS Eventim, which for the first time sold more than 800,000 tickets in a single onsale.

According to CTS, demand “significantly exceeded the ticket contingent available”, and all ten German dates sold out within a few hours. In the first hour alone, more than 1m people accessed the onsale, with peak rates reaching 80,000 requests per second.

“When a band sells such an outstanding amount of tickets in such a short time, it shows both their exceptional artistic status and the unbroken attraction of live music,” comments Alexander Ruoff, COO of CTS Eventim. “We thank Rammstein, [MCT founder] Scumeck Sabottka and MCT for their trust in our work.”

“When a band sells such an outstanding amount of tickets in such a short time, it shows both their exceptional artistic status and the unbroken attraction of live music”

Eventim is exclusive ticketing partner in many territories, and sold tickets for all 30 shows. All tickets are personalised to the buyer, with resale only authorised via Eventim’s own secondary platform, fanSALE.

The tour is organised by the band’s longtime promoter, MCT Agentur.