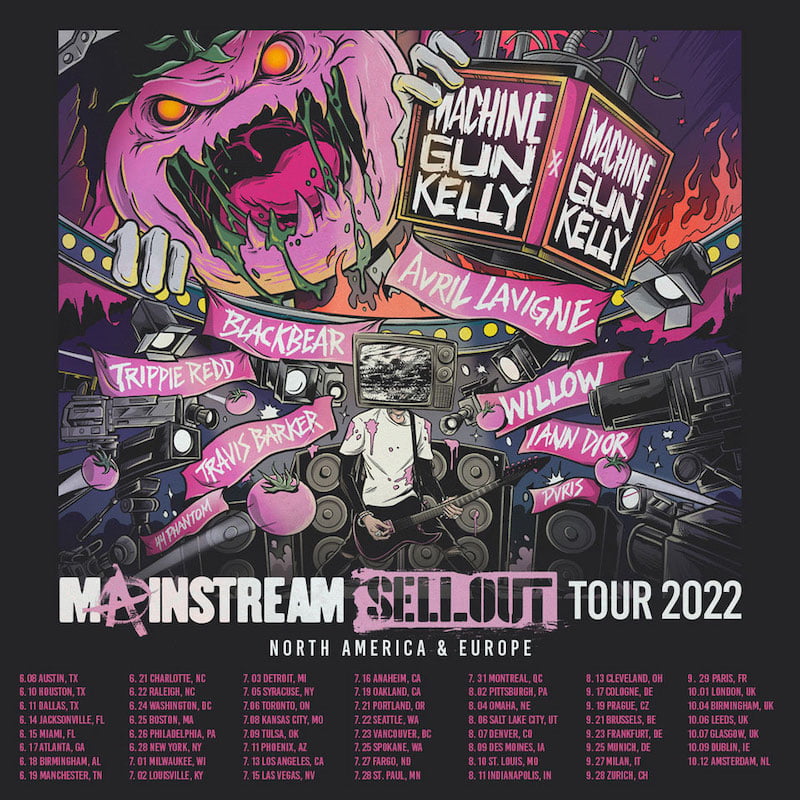 Six years after signing a ‘cessation of touring’ agreement bringing down the curtain on their live career, infamous LA hair metallers Mötley Crüe are to reform, following the success of their Netflix biopic, The Dirt.

As detailed in the video above, awkwardly titled (to British ears) ‘Mötley Crüe is Back’, the notoriously tempestuous band destroyed the contract, signed after their ‘final’ show on 31 December 2015, “in true Mötley Crüe fashion, by literally blowing it up”.

“Since playing Tommy Lee in The Dirt, so many of my fans have said how they wish they could’ve seen the real Mötley Crüe play live,” comments Colson Baker, aka Machine Gun Kelly. “I never thought I would see the day when this would become a reality. But the fans spoke and Mötley Crüe listened.”

In the six months following the release of The Dirt, Mötley Crüe have celebrated a 350% increase in streams of their music across all streaming platforms, with most fans now aged 18–44.

However, say the band, “most of the new fans have never seen any of the legendary live shows that Crüeheads have relished for close to four decades.” Expect a new tour announcement soon.