A Campingflight to Lowlands Paradise, one of the few major festivals in continental Europe still going ahead on its original dates this summer, has added a host of new international acts for the August event.

Promoted by Live Nation’s Mojo, Lowlands 2021 takes place from 20 to 22 August at the festival’s traditional home near the village of Biddinghuizen in the central Netherlands. The festival typically has a daily capacity of 60,000, and organisers are expecting to be able to go ahead without social distancing by the end of the summer.

The latest Dutch government guidance says festivals and other large events should be able to go ahead from 1 July, depending on the pace of the Netherlands’ Covid-19 vaccination programme. The country also has a €300m cancellation fund designed to underwrite the costs of festival organisers, though some of its provisions – particularly a clause that could require promoters/organisers to assume sole responsibility for the loan portion (20%) of the fund, despite it benefitting the entire industry – are proving controversial.

Other Dutch festivals aiming for a relatively normal summer in 2021 include ID&T’s Mysteryland and Decibel Outdoor (both of which have a capacity of 60,000), whose COO, Rosanne Janmaat, told IQ last week the company is aiming for a similarly international DJ line-up this year. 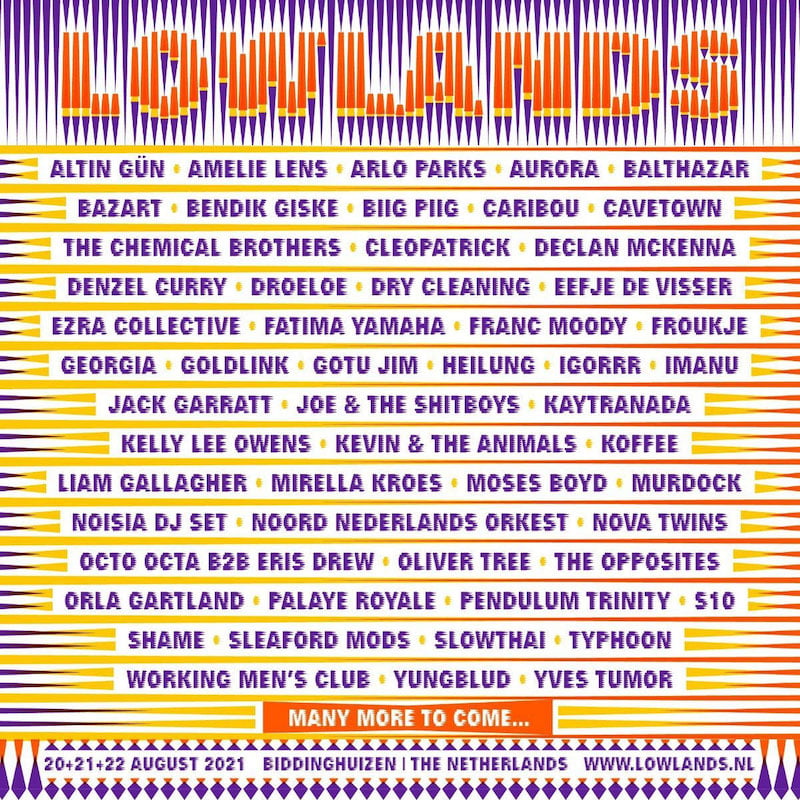