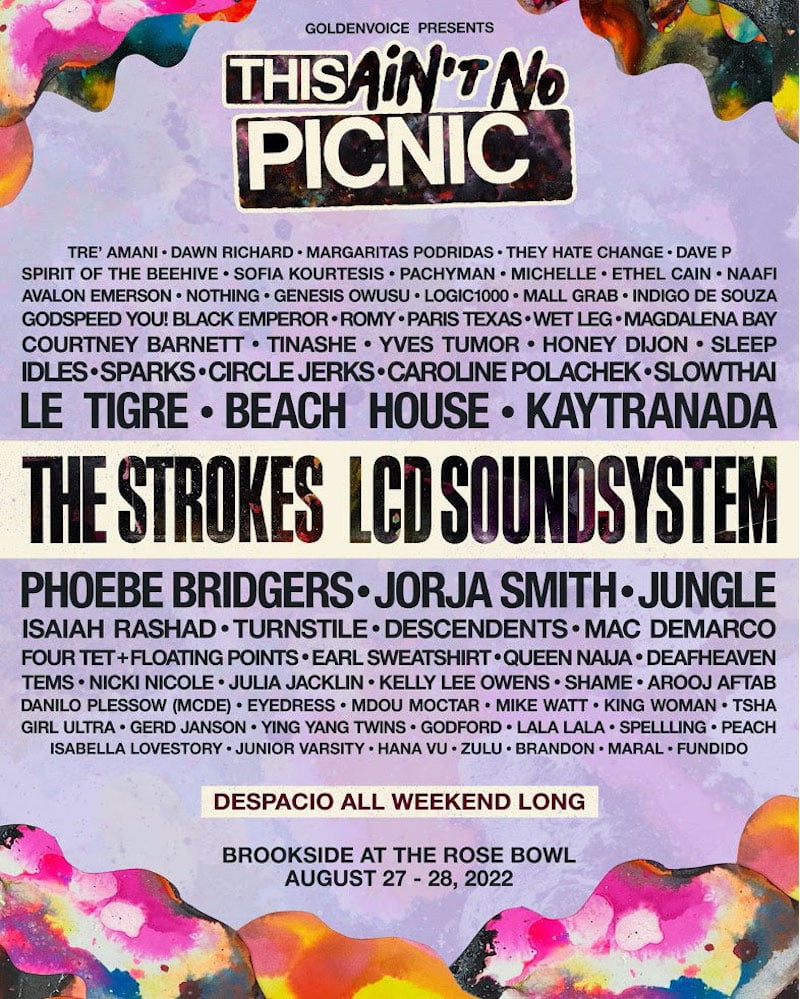 Björk and LCD Soundsystem have been confirmed as further headliners for All Points East, joining the xx for the first weekend of Goldenvoice UK’s newly announced ten-day festival in London’s Victoria Park.

All Points East (APE), announced last week, will be staged in the 213-acre east London park from 25 May to 3 June 2018, and combine two weekends of music with a BST-style free-to-access midweek offering. Goldenvoice owner AEG has been awarded exclusive use of the park for events until 2022, forcing Field Day, Lovebox and Citadel to relocate to pastures new, rumoured to be Brockwell Park in south London.

The new additions to the 40,000-a-day-cap. festival were revealed at a launch party at the Approach Tavern in east London last night. They also include Yeah Yeah Yeahs, Phoenix, Glass Animals, Close, Dixon and George Fitzgerald on the LCD Soundsystem-headlined 25 May event; Lorde, Sampha and Rex Orange County on The xx-headlined 26 May; and Beck, Father John Misty and Flying Lotus 3D on the Björk-headlined 27 May show.

The National, meanwhile, headline a headline show, APE Presents, on 2 June, also featuring the War on Drugs, Future Islands, Warpaint and the Districts.

“It’s an honour to be asked to play a night with such stellar headliners,” says Glass Animals frontman Dave Bayley. “LCD Soundsystem and the Yeah Yeah Yeahs are two of the best live acts in existence. In fact my favourite show of all time was LCD in 2007 at Reading Festival. It’s where I met our drummer, Joe. And Karen O is one of the greatest frontpeople of all time, and a hero of mine

“We’ll have to up our game, then we’re definitely going to hang around and have a wild one. After party at my house… Can’t wait!”

The latest line-up poster is below:

There will be no Mysteryland USA this July, festival promoter ID&T/SFX Mysteryland has announced.

The axing of the dance music event – which was to have been headlined by LCD Soundsystem (pictured), Major Lazer and G-Eazy – is the first for SFX Entertainment in its new, debt-free, Randy Philips-led incarnation as LiveStyle following a string of cancellations in 2016, including TomorrowWorld (USA), Tomorrowland Brasil and Australia’s Stereosonic.

A statement on the Mysteryland USA website cites “unforeseen circumstances” as the reason for the cancellation. Refunds will be issued automatically to those who had bought tickets.

Mysteryland USA has taken place at the Woodstock Festival site, in Bethel, New York, since 2014.

The flagship Dutch event has taken place since 1993, most recently in Haarlemmermeer, North Holland. Its 2017 headliners include Deadmau5, Armin van Buuren, Alesso and Axwell Λ Ingrosso.

Suede, whose confirmed festival appearances for 2016 so far include Primavera Sound, Rockwave in Athens, Tinderbox in Denmark, Down the Rabbit Hole in the Netherlands and a meet-and-greet at Tramlines in Sheffield, have added another festival date to their summer/autumn tour.

The Britpop heroes, who reformed in 2010, will headline Bilbao’s BIME Live in the last weekend of October. Also announced for the Last Tour-promoted festival today (€44 for a ticket, or €55 if you’re camping) were The Divine Comedy, The Horrors, Wild Beasts, Toy, Nacho Vegas, Lambchop, Richmond Fontaine and James Vincent McMorrow. (The Horrors photo by Rasmin on Flickr.)

One festival Suede won’t be appearing at is Forgotten Fields, whose second edition has been called off citing cost reasons. In a statement, the independently promoted Hertforshire event said:

“Due to the rising costs of producing a quality event of this size, we are unable to produce a show that is of the standard both our team and customers would be proud of.

“After thorough consideration of the event and exhausting all options we have sadly reached this conclusion. It was an exceptionally difficult decision to make and hasn’t been taken lightly.

“We had a truly amazing time and weekend to remember in 2015, lifelong memories shared with lovely people in the fields, and we wish all the festival goers and team well for the coming festival season.”

Primavera Sound has unveiled the line-up for its Heineken Hidden Stage for 2016. Lush, Peaches, Bob Mould, Cat’s Eyes, Lee Ranaldo & El Rayo and Los Hermanos Cubero will play the stage in the first week of June, with free tickets available from the information desk on Primavera’s Parc del Fòrum site.

Pitchfork Music Festival Paris has revealed its dates for 2016. No performers have yet been announced, but the festival – a joint venture between the music magazine of the same name and agency Super! – will return to Grande Halle de la Villette from 27 to 29 October.

Further demonstrating that James Murphy intends to milk the LCD Soundsystem reunion for all it’s worth, the recently reformed electro-rock act – who can also be seen this year at Coachella, Primavera Sound, Glastonbury, FYF Fest, Roskilde, T in the Park, Bonnaroo and basically every other festival with an attendance of over about 100 – have announced one more festival appearance: III Points in Miami.

The festival, promoted by independent III Points Presents, will also play host to M83, Thievery Corporation, Method Man and Redman, Dixon and a Flying Lotus DJ set when it returns to the Mana Wynwood venue for the fourth time from 7 to 9 October. (M83 photo by NRK P3.)

Both M83 and Thievery corporation will also perform at Colours of Ostrava in the Czech Republic as the festival celebrates its 15th birthday. Joining them at Colours’ ‘steel heart’ – a disused steel mill and European cultural heritage site in Vítkovická – from 14 to 17 July will be Underworld, Tame Impala, Of Monsters and Men, Anohni, The Vaccines, Slowdive and Boys Noize Live.

The festival, attended by 40,000 people last year, is a joint venture between Billboard magazine and Live Nation. (Ariana Grande photo by NRK P3.)