Brexit: The view from backstage

The British public will tomorrow go to the polls to vote on the most important decision they’ve faced in a generation: whether to stay in the European Union (EU), the 28-member politico-economic bloc of which the UK has been a part since 1973, or go it alone for the first time in over 40 years.

After months of campaigning by the leave and remain campaigns, the referendum on Britain’s potential exit (‘Brexit’) from the EU is finally here – and while The Guardian frets about air quality and the BBC ponders the power of the Australasian vote, what we really want to know is this: which way should the live music business be voting?

Back in March, IQ quizzed tour managers, travel agents and transport companies for their opinions and predictions. Now, on the eve of the vote, it’s the agents’, promoters’ and industry associations’ turn…

“The EU is far from perfect right now, but is still the best thing that has happened to Europe in the last 70 years”

Unsurprisingly, Fabien Miclet, the coordinator of Liveurope, an EU-backed association of 13 European music venues, tells IQ he believes Brexit “would be a disaster politically, economically and symbolically” and spell the beginning of the end for the union.

While he acknowledges that the EU is “far from perfect right now”, stating that “the enlargements of 2004 and 2009 increased [its] democratic deficit [and] lack of visibility of the core missions”, Miclet says it’s “still the best thing that has happened to Europe in the last 70 years”. “And I don’t see small countries like France or even Germany competing against China or the US at a global level without the EU,” he adds.

As for Liveurope, its sole British member – the 700-capacity Village Underground (VU) in Shoreditch – would automatically be out of the club, says Miclet. “The EU would most probably retaliate [to Brexit] by excluding Britain from its funding programmes, and this would automatically mean that VU can’t be a member anymore. This would apply for all British organisations involved in European projects, be they scientific, academic, cultural, etc.”

Coda agent and partner Rob Challice, whose roster includes Ben Folds, John Grant and Bon Iver, echoes Miclet’s sentiments about the relative weakness of a UK-less EU (and EU-less UK) in a “global marketplace where some of the biggest economies are now in the east”, but also makes an emotional case for a union he says has “enriched” the lives of everyone in Britain.

“I know I speak for most of my colleagues when I say that thanks to the EU there are greater touring opportunities for our artists due to free movement,” he says. “We also work and travel across Europe, we do business at mainland European events – Eurosonic [Noorderslag], Reeperbahn and a whole host of events – we have colleagues work in our office from other EU countries; we are more ‘European’ thanks to the EU.

“All in all our lives have been enriched by being part of the EU.”

Eurosonic Noorderslag (ESNS)’s creative director, Peter Smidt, is also a remainer, although he says that his festival is “about Europe, and UK is in Europe whether within or without the EU”.

The ESNS-backed European Talent Exchange Programme (ETEP) is, however, funded by the European Commission (the EU’s executive body), so British participation in ETEP will be “more difficult”, says Smidt, if not outright impossible. British band Blossoms are currently the second most-booked ETEP act of 2016 so far.

Smidt tells IQ he “doesn’t understand this scepticism about [the EU] because I think it brings mostly good things” and says he believes it “makes sense for Europe to unite and work together on lots of possible issues – especially regarding circulation”.

“The danger for the EU is that if UK leaves I think other countries will follow suit: The Netherlands will also leave and say, ‘We want the same deal, too!'”

In contrast to the EU-funded Liveurope and ETEP, OpenAir St Gallen booker and Yourope general secretary Christof Huber says “nothing will change” at the European festival association (whose British members are Download and T in the Park) in the event of the UK leaving the EU, but has a word of caution for British voters contemplating a ‘Swiss model’ for the UK post-Brexit.

Switzerland, while not in the EU, is a member of the European Free Trade Area (EFTA) and is bound by a number of EU treaties. It is, unlike the UK, in the Schengen free-movement zone, and recently paid for – out of its own pocket – the world’s longest rail tunnel, the Gotthard base tunnel, which Huber says was a “huge commitment financially, and more important for other European countries than for Switzerland”.

He says his “big fear” for the UK is that the EU will have to take a hard line on negotiating with a newly independent Britain in order to stop other countries following its lead. “The danger for the EU is that if UK leaves I think other countries will follow suit,” says Huber. “[Otherwise] the Netherlands will leave and say, ‘We want the same deal, too!'”

ATC Live agent and partner Alex Bruford, whose roster includes The Lumineers, Half Moon Run, The Districts, Soak and Broncho, says “taking the UK out of the EU would be a huge step backwards” for the industry and the country as a whole.

“Our business is built on international relationships,” he says. “We have spent years fostering close relationships with our European partners, and work closely with them to ensure our artists can smoothly and successfully traverse the continent. Current EU tax treaties, border crossing arrangements, carnet agreements, air traffic agreements and labour laws all make touring in Europe much more viable for our artists.

“Add that to the inevitable economic downturn through the uncertainty caused and the lack of a singular European voice to speak on current international issues – ie secondary ticketing – and Brexit would be a very negative [thing] for the live music business.”

CAA agent Emma Banks (Arcade Fire, Florence + the Machine, Bruno Mars, Katy Perry) says that while “many of the reasons [for staying in] I’ve read from the music industry are spurious”, she’s also backing the remain campaign. “I think for the overall health of the country we should stay in,” she tells IQ. 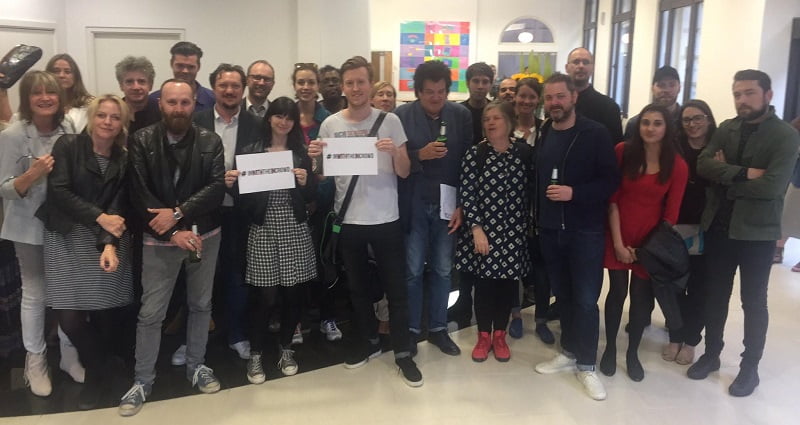 Miclet was a panellist at last night’s British Music Debate: Does In or Out mean Win or Lose? debate at the London offices of law firm Lewis Silkin, which also strongly concluded that ‘in’ means ‘win’. Joining Miclet on a panel moderated by FastForward/Media Insight Consulting’s Chris Carey was the Featured Artists Coalition’s Paul Pacifico, Lewis Silkin’s Cliff Fluet and Everything Everything bassist Jeremy Pritchard.

Beginning by saying that he doesn’t know “a single musician that’s ‘out'”, Pritchard said he fears the rest of Europe becoming as difficult to tour for British artists as Switzerland is currently if the UK votes to leave. “We announce shows in Switzerland and think, ‘That probably won’t go ahead’,” he said, criticising the bureaucracy involved in obtaining the proper visas and carnets for touring bands.

Pacifico added that he talked recently with Pink Floyd’s Nick Mason – another remainer – who recalled a time before visaless travel in Europe. “Can you imagine Pink Floyd doing a carnet?” said Pacifico. “All those articulated trucks full of lasers and smoke machines, and having to document every drumstick, every piece of gaffer tape…”

“I don’t know a single musician that’s ‘out'”

Miclet said the reason why so many British artists tour Europe – and why so many smaller US acts don’t – is because they don’t need a Schengen visa to do so. (Pictured above: Remainers at the British Music Debate. FAC co-chair Sandie Shaw is on the far left; IQ editor Gordon Masson front row, third from left; Pritchard behind Masson and Paul Pacifico to his left; and IQ digital manager Ben Delger holding a sign, with Fluet to his right.)

While most of the industry is clearly in favour of the status quo – to add to the chorus of ‘remains’ above, the FAC’s membership is 85% in favour of staying, while Music Week’s poll of its readership put the figure even higher, at 91% – there is at least one notable music biz Brexiteer: veteran promoter Harvey Goldsmith CBE.

Speaking to IQ from his London office, Goldsmith calls the EU a “busted flush”, saying that Britain should “vote out, then sit down with the EU and completely renegotiate a deal in cooperation with the other key countries that makes sense”.

Far from being the visaless utopia described by Pacifico, Nick Mason and others, the EU is currently a halfway house that in fact lacks the harmonised regulations touted by its supporters, says Goldsmith. “I’ve just travelled round 13 countries and 32 cities on the road with Hans Zimmer,” he explains, “and, believe me, being in the EU doesn’t make any bloody difference. The tax issues are different in every country, the visas are different in every country, VAT’s different…”

“Supporting a huge layer of bureaucracy and unelected leaders who have only one role in life – to create a federal state of Europe – is never going to work, because none of the constituent parts want it”

“Travelling through borders from some of the far-flung countries of the EU has been an absolute nightmare,” Goldsmith continues, explaining that he and Zimmer were held up for “17 hours in total trying to get from Croatia to Geneva because the borders were shut” amid the continuing migrant crisis.

Supporting “a huge layer of bureaucracy and unelected leaders who have only one role in life – to create a federal state of Europe – is never going to work,” he adds, “because none of the constituent [countries] want it”.

“The only way to shake everybody up is to vote out – it will cause mayhem for a short period of time, other countries will panic – and then sit down with the relevant part of the EU and reshape what a European community of trading nations should look like,” Goldsmith concludes. “Because, currently, it’s a mess.”

With the most recent polls showing the leave campaign edging ahead, and the portion of undecided voters still high, no one can predict the outcome of tomorrow’s vote with any certainty. But from the live music camp, some doubters aside, the sentiment is strongly in favour of the UK staying in.