The 3,000-cap Camden venue and charity works with thousands of young creatives each year through music, performance, broadcast and digital projects in its in-house Roundhouse Studios.

“I’m thrilled that I am now a trustee of the Roundhouse, one of London’s leading creative hubs and iconic performance venues,” she says. “I look forward to playing my role in the future of the charity.”

Bringing more than 30 years of broadcasting experience, Clarke previously worked with the venue when she was director of Electric Proms, which were hosted at the Roundhouse between 2006-2010, with performances from artists including Dame Shirley Bassey, James Brown, Oasis, Robbie Williams, Dizzee Rascal and Paul McCartney.

“I’m delighted to welcome Lorna to the board of trustees at the Roundhouse,” adds Roundhouse chair Simon Turner. ” We’re entering an incredibly exciting period as we emerge from the pandemic and expand our creative offer for young people. I have no doubt that Lorna’s wealth of experience will help us thrive in the coming months and years.”

Upcoming concerts at the venue include Sons of Kemet, Pale Waves, The Cribs, Sparks, Celeste, Ride and Girl in Red.

Mean Fiddler founder Vince Power has taken over the running of Dingwalls, a 500-capacity venue in Camden, London.

The promoter, who sold his Mean Fiddler venue and festival empire to Clear Channel – now Live Nation – in 2005, has taken over operations of the iconic venue from Enhanced Hospitality, the Camden New Journal has confirmed.

First opened in 1973, Dingwalls has hosted acts including the Red Hot Chili Peppers, the Strokes, Ellie Goulding, Stereophonics, R.E.M. and the Foo Fighters over the years. The Darkness performed at the venue last year as part of the International Festival Forum (IFF).

“There are still some things we have to work out – how we manage the lockdown situation and what it means for live music,” comments Power.

“We may not be able to open until New Year. We are working through plans of what we can do there.

“[Dingwalls] has such a rich history, though in recent years it has been up and down. It needs a lot of attention but I am excited about it.”

With Mean Fiddler, Power managed London venues including the Jazz Cafe, the Garage, the Clapham Grand and the Kentish Town Forum.

“Our music venues face massive uncertainties due to the public health pandemic and when they reopen they will need our support more than ever. I hope Vince’s expertise will help Dingwalls thrive.”

Power has set up a number of ventures since Mean Fiddler, including the Vince Power Music Group, which went into liquidation in 2012, and Music Festivals plc, which he floated on London’s Alternative Investment Market in 2011, raising £6.5 million. 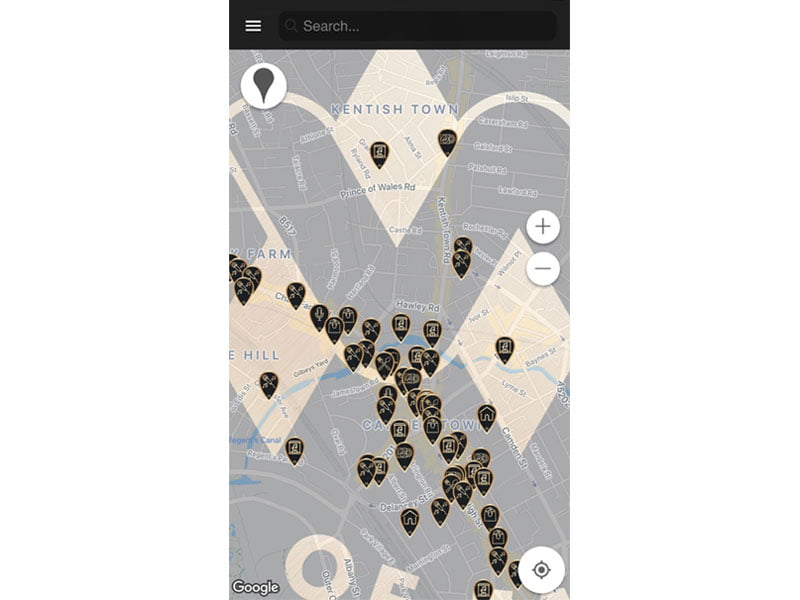 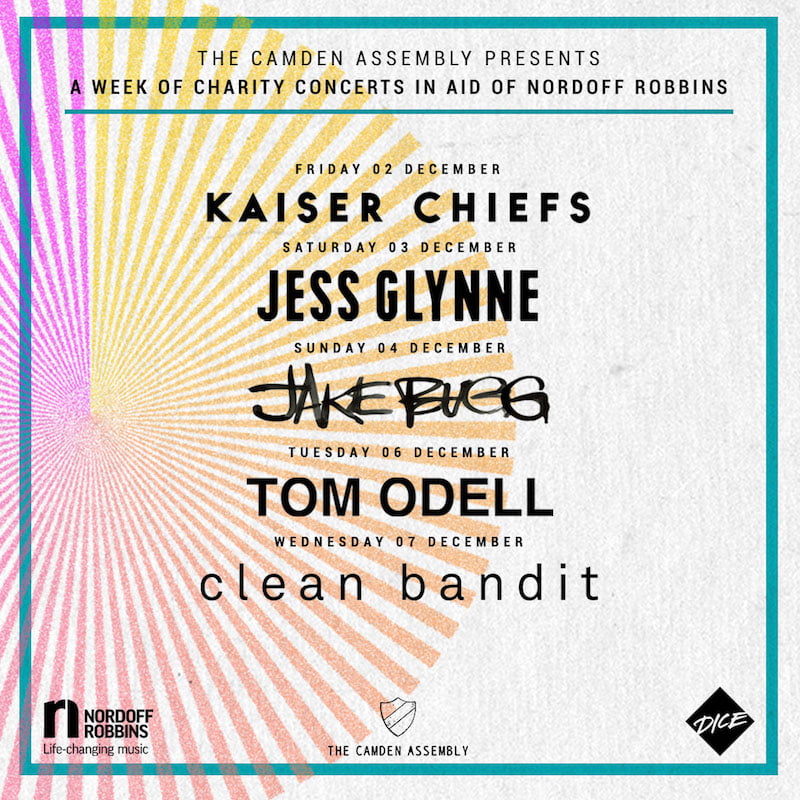 Four Roundhouse resident artists will take to the stage at the Ibis London City hotel in Shoreditch, east London, next month for the first ‘Ibis Lates’ session.

The concert series, a joint venture between hotel chain Ibis (owned by French multinational AccorHotels) and 3,300-cap. Camden venue the Roundhouse, will also visit Ibis hotels throughout the UK, including in Birmingham, Manchester and Edinburgh.

Performing at the Ibis London City (pictured) on Thursday 10 November will be Estée Blu, Jay Johnson, Soma and Nikita Chauhan, all of whom are part of the Roundhouse’s resident artists programme.

Ibis recently became the Roundhouse’s official hotel partner – a partnership “centre[d] on cultivating a collaboration that’s deeply rooted in the brands’ shared passion to provide visitors with the most fulfilling and enjoyable experiences,” says Ibis.

James Wheatcroft, Ibis’s marketing director for budget and economy brands, comments: “We want everyone to feel famous at Ibis, and with Ibis Lates we hope to give everyone a little taste of being VIP backstage with a band. It’s going to be great fun to see our social spaces in Ibis taken over for a late night with some new young talent from The Roundhouse.”

Roundhouse corporate partnerships manager Phil Eacott adds: “Our partnership with Ibis Hotels gives some of our incredible resident artists the opportunity to perform to audiences beyond the Roundhouse. We’re really looking forward to the series of gigs and programming even more of our best young emerging artists.”

Columbo Group founder Steve Ball, whose latest acquisition, The Barfly in Camden, will reopen as The Camden Assembly next Friday, has said more needs to be done to foster London’s nightlife if the city is to compete with other global music capitals.

Speaking to IQ, Ball poured cold water on previous predictions of a small-venue renaissance in the UK capital, stating unsympathetic local authorities and restrictive licensing laws are putting the kibosh on any true recovery for London’s club scene.

The Columbo Group – whose portfolio also includes The Blues Kitchen chain, Xoyo in Shoreditch, The Old Queen’s Head in Islington and a number of other venues, bars, clubs and restaurants – bought the 420-capacity Jazz Café (which will keep its name) in January and the 200-cap. Barfly in May, both from Live Nation/MAMA.

Despite its turning The Barfly/Camden Assembly into a “completely new venue” (“I’ve seen some grotty buildings in my time but [The Barfly] was by far the grottiest!” he jokes), Ball says he’s concerned about the lack of truly new venues opening in London. “Many ‘new’ venues were already there – they’re old venues under the new management. What London needs is new venues.”

“The way licensing is in London means the decision lies with the boroughs, not with City Hall… When you put licensing at a borough level you get a NIMBYish attitude”

Does Ball see new mayor Sadiq Khan, who has pledged his support for beleaguered superclub Fabric and vowed to make the cultural sector one of the “top priorities” for his mayoralty, as being true to his word? Or are they just empty platitudes?

“It’s not an empty platitude, but it is just rhetoric,” he comments. “The way licensing is in London means the decision lies with the boroughs, not with City Hall – and I’d argue that licensing authorities can often be backwards in their views… When you put licensing at a borough level you get a NIMBYish attitude.”

Ball points to the path taken by cities such as Amsterdam and Berlin, where venues and clubs are frequently given 24-hour licences and dedicated night mayors oversee the cities’ nightlife, as a potential way forward for London.

Khan is currently recruiting a ‘night czar’ for London – but if much of the responsibility for nightlife and licensing is still devolved to the boroughs, what will the successful candidate actually be able to achieve? “That’s a very good question!” laughs Ball.

Still, for all its licensing woes London is still a great city in which to see live music, and Ball is optimistic ahead of the opening of what he calls a “new home for music in London”.

“The young music consumer of today has very broad tastes: they’ll listen to rock, indie, grime, dance… The Assembly is going to be broad in the music it showcases”

Why ‘The Camden Assembly’, IQ wonders? “We wanted a new name – The Barfly conjures up an image of noughties indie, and the young music consumer of today has very broad tastes: they’ll listen to rock, indie, grime, dance…

“The Assembly is going to be broad in the music it showcases.”

Ball says he thinks young people are listening to a wider range of music as a “byproduct of people not purchasing music” and instead streaming it. “Before, you were really invested in something,” he explains, “because you’d bought it. But now, if everyone’s listening to the latest Stormzy record, for example, you can just check it out.”

So the Assembly is a music venue for the streaming generation? [laughs] “I’m stealing that!”

The Camden Assembly will reopen on 16 September with a seven-hour ‘pub rave’ with dance music duo The 2 Bears, followed by Mikeq, Teki Latex, L-Vis 1990 and Rushmore on Saturday 17 September and Soweto Kinch, Andrew Ashong, Binker & Moses and Laura Misch on Sunday 18th.

The venue will also host the International Festival Forum‘s Opening Party on Tuesday 27th September, which features the ITB showcase of emerging artists from the agency’s roster.

Other upcoming highlights include The Horrors’ Farris Badwan on 23 September, Temples on 25 September and a DJ set by The Streets’ Mike Skinner on 25 November.