Country musicians are the US’s hardest-working

Country musicians are the most prolific live performers in the US, a new study has revealed, accounting for nearly 13% of every major show in the US in 2015.

Using data from Bandsintown, travel ticketing company Busbud found country singers accounted for 50 of America’s 4,000 top concerts last year, dominating not – as might be expected – just in the deep south, but in 13 states, including in the east and midwest.

‘Rock/oldies’ was in second (476 shows), followed by ‘alternative’ (486), with Latin bands playing the fewest gigs but still leading in Texas and Florida (see infographic below). 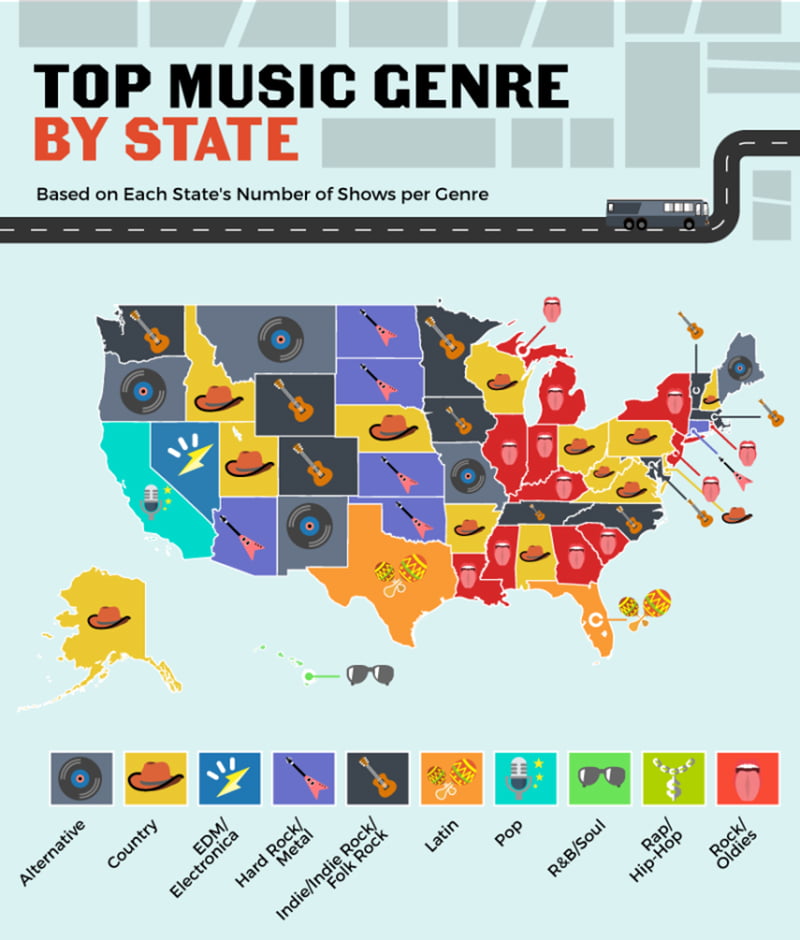 Budbud also broke down the top artist per state – mostly Adele, Justin Bieber and country singer Luke Bryan (pictured) – and how many shows top performers are playing this year compared to 2015 (fewer, for the most part).

The full study can found viewed on the Busbud website.