Queen, Diana Ross and Elton John are among the artists slated to perform at the Queen’s Platinum Jubilee concert.

The Platinum Party at the Palace will be watched by 22,000 people live and will be broadcast on BBC One on 4 June.

Queen guitarist Brian May will return, 20 years after he famously performed on the palace roof for the Golden Jubilee.

The legendary pop group and their frontman Lambert will open the concert to mark the monarch’s 70 years on the throne.

The show will be closed by veteran soul singer Ross, who said she was “absolutely delighted to receive an invitation to perform on such a momentous and historic occasion”.

Sir Elton John will take part too, although his performance will be pre-recorded because he is currently on a European tour.

The two-and-a-half-hour Platinum concert will feature three stages and 3D projections across the face of the palace.

A ballot for 5,000 tickets opened in March; some tickets will also be handed out to selected charities.

Other events will include a carnival pageant on the streets of London, featuring performances by Ed Sheeran and Sir Cliff Richard. 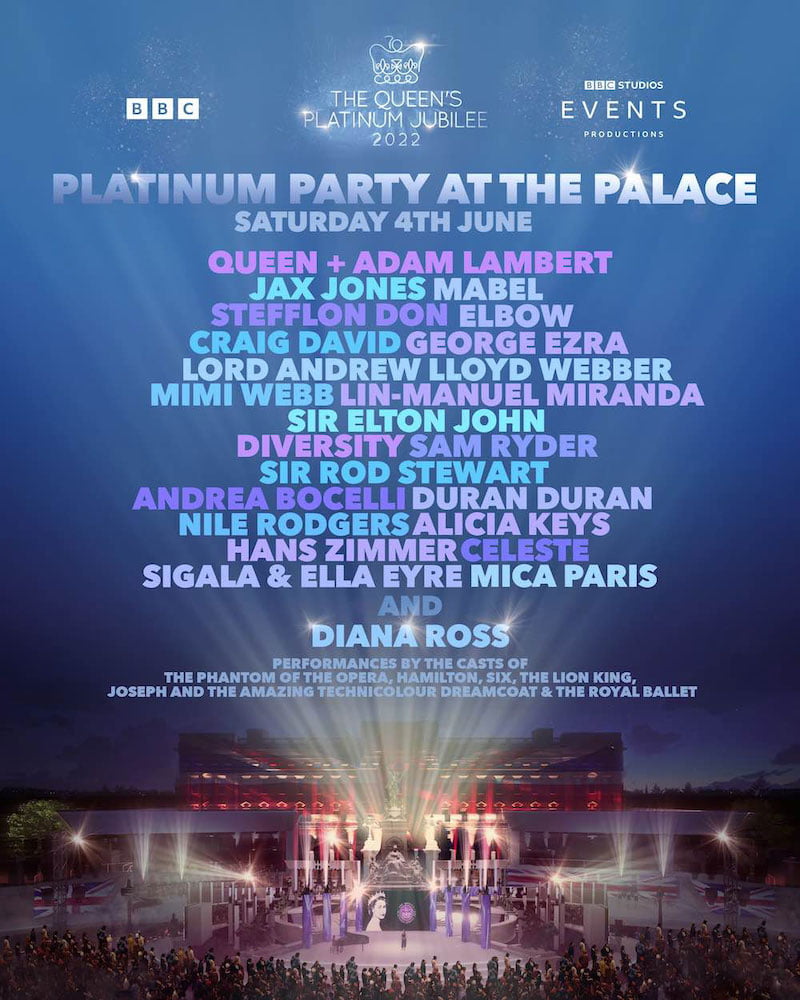