Bring Me The Horizon (BMTH) reduced their tour emissions by 38% during their six-date arena run in the UK, according to sustainability experts A Greener Festival (AGF).

More than 27 tonnes of CO2e were avoided, 22 tonnes avoided by switching trucking fuel to HVO Renewable Diesel and 3,322 plastic bottles were prevented, according to a new report from AGF.

The September 2021 tour, promoted by Kilimanjaro Live’s rock arm Action! Presents, is said to be the first arena run in the UK since the pandemic.

The six-date run comprised shows at The Bonus Arena in Hull, The SSE Hydro in Glasgow, Motorpoint Arena in Cardiff, FlyDSA Arena in Sheffield, Utilita Arena in Birmingham and the O2 in London.

AGF says that the tour was the first to achieve the aspirational reductions of touring thanks to “unprecedented collaboration between stakeholders”.

AGF joined the tour to provide advice and consultancy, to implement and report upon proposed mitigation actions producing the Greener Tour Report and CO2 Analysis.

The resulting report is intended to not only provide insight for the internal BMTH touring team to monitor achievements, areas for improvement, and required emissions removals, but also as a resource for other touring productions to use as another step on the road towards A Greener Tour.

Matt Ash, Raw Power Management, says: “Working with an artist in BMTH and a tour production team that was fully behind the approach to sustainable touring was something that we absolutely endorsed and are keen to implement on all future touring whenever possible.”

Claire O’Neill, CEO at AGF, adds: “During the pandemic, the touring music industry came together on the important topic of sustainability. We’re so happy with the results from walking the talk with the first UK arena tour off the mark. The report shows a direct link between well-being, stress, and environmental sustainability. Culture change and industry restructuring are essential to achieve a green future for artist touring. There is much still to be done, but these results are undeniable evidence that we can take huge strides to reduce emissions and protect ecosystems immediately. There’s no excuse to delay.”

Alan Day, promoter at Kilimanjaro/Action!, comments: “Bring Me The Horizon were the first band in the UK, possibly the world, to complete a full non-rescheduled arena tour after the height of the pandemic. Their vision from the start was to produce the tour as environmentally friendly as possible, whilst still giving the audience the best spectacle achievable. From savings in plastic waste, to transport, to accommodation, to stage production and more, I am proud to have produced such a landmark tour and hopefully an example for the future”.

Steve Sayer, VP & GM of The O2, says: “The O2 were delighted to collaborate with all the other partners on this important project to build back a more sustainable touring and live music industry. Venues are a big part of the live ecosystem and we are keen to learn how we can further reduce our footprint as we develop our plans to get to net zero; and support the tours do the same. Credit to BMTH for taking the lead on this and showing us the way.”

The 14th edition of GEI, in partnership with the International Live Music Conference (ILMC), will take place at the Royal Garden Hotel in Kensington, London on Friday 29 April. Click here for tickets and more information.

Bring Me The Horizon to curate festival in Malta

Bring Me The Horizon have announced plans to curate a four-day festival in Malta next year.

The event, which will take from 26-30 May 2022, will feature a handpicked line-up by the Sheffield rock band, a full live show and an exclusive retrospective set from the band alongside a host of club nights, pool party takeovers and boat parties.

The line-up and location are expected to be announced in the coming weeks.

The weekender is organised by Pollen, a UK-based startup that develops an ‘influencer marketplace’ for events.

Other artist-curated weekenders organised by Pollen Presents include Diplo’s Higher Ground festival in Cabo, Mexico, the Kurupt FM Weekender in Amsterdam, the Netherlands, J Balvin’s Neon Weekender and Justin Bieber & Friends – both in Las Vegas, US.

“[We’re going to] come up with as much madness as you’d expect from a fully metal, rock festival”

“We’re buzzing to be hosting a Bring Me The Horizon-themed festival in Malta next year, coming up with as much madness as you’d expect from a fully metal, rock festival,” says frontman Oli Sykes.

“As well as our headline set we’re also going to be doing a special throwback set with some songs we haven’t played for years, and have an insane lineup of friends and guests coming out to perform too. It’s basically going to be the greatest weekend ever.”

Pollen, founded in 2014 and previously called Verve, works with organisers, promoters and ticketing platforms to negotiate a certain amount of tickets to an event that will be marketed through the members (anyone who books a group experience), according to Tech Crunch.

The members, in turn, decide which events they want to promote to their networks. Those who manage to shift tickets (which are not sold by Pollen but by ticketing partners), get rewards including free trips, VIP upgrades, and private group events. Pollen generates revenue by taking a cut on each sale.

The startup, which raised $60 million in funding in October 2019, has worked with the likes of Live Nation, Ticketmaster, Eventbrite, StubHub and SeeTickets.

The Action! Presents team has helped build the careers of rock acts such as Muse, Don Broco, Frank Carter & The Rattlesnakes, Sabaton, While She Sleeps, Deaf Havana and more, taking them from small clubs through to the country’s biggest theatres, arenas and even stadiums.

“We aim to build a social community around this brand, and bring audiences the best in alternative music that goes up to 11”

“During these trying times of quiet in the world of live music, we are all looking forward to a return to Action! and the full live music experience,” says Day.

“From the record to the stage to the mosh pit to the lyrical content, the word Action! is pivotal to rock. We aim to build a social community around this brand, and bring audiences the best in alternative music that goes up to 11. To launch with a new tour from one of the UK’s hottest acts, Bring Me The Horizon is very exciting.”

Day joined Stuart Galbraith’s Kilimanjaro Live during its first year of launching in 2008, along with promoter Steve Tilley.

Kilimanjaro has previously been behind major rock events such as Sonisphere festival (70,000) and the European leg of the Vans Warped Tour, as well as staging Babymetal’s SSE Arena (12,500), Wembley in 2016 – the largest, sold-out show a Japanese act has ever played in the western world, which smashed the venue’s merchandise sales record. 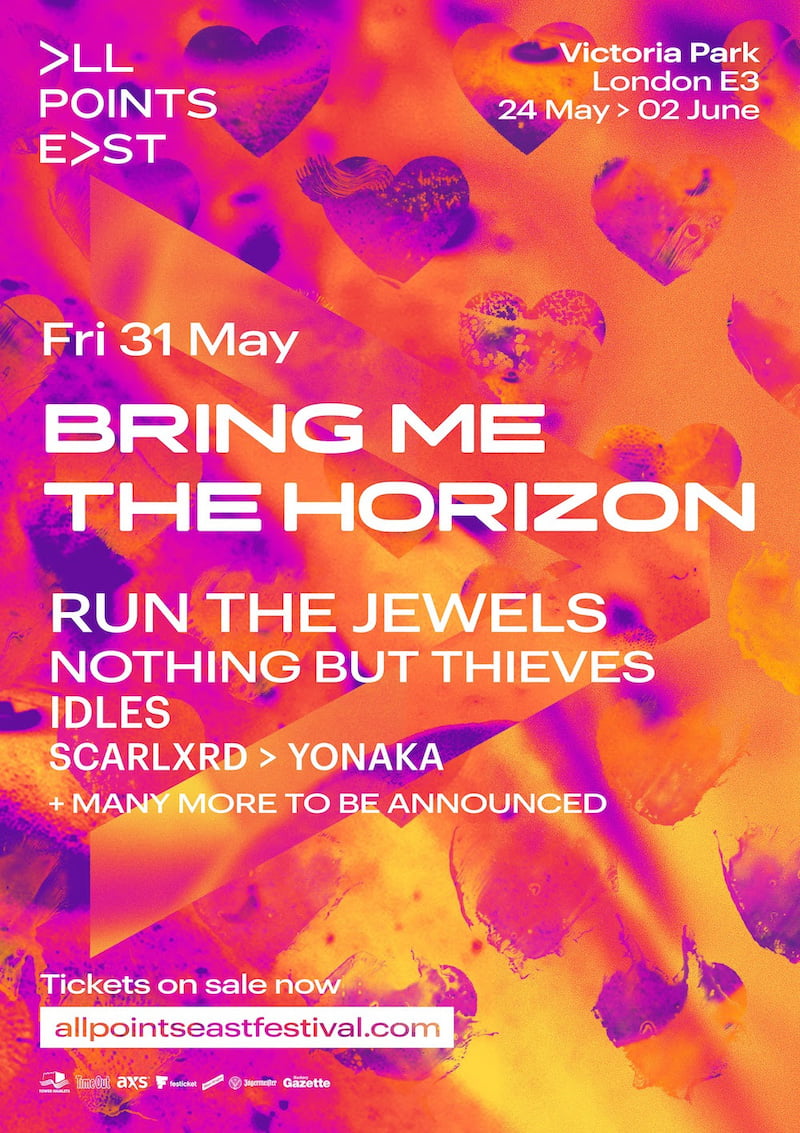