“Better each year”: success for Roskilde 2019

Denmark’s Roskilde festival had its 49th outing this weekend, selling out all tickets and featuring headline performances from Bob Dylan and Cardi B. However, despite this commercial success, it appears that social activism remains at Roskilde’s core.

“It was a really fantastic year,” Roskilde chief executive Signe Lopdrup tells IQ. Aside from less than favourable weather, “there were no big issues at all.”

Organised by the Roskilde Festival Charity Society and working with 30,000 volunteers each year, the Danish festival has always had a humanitarian and social aim.

This focus was apparent this year through the announced partnership with Freemuse, an organisation defending freedom of artistic expression. The festival pledged 1.5DKK (£180,770) to Freemuse over three years to “help make the world safer for artistic expression”.

On stage, there was no shortage of artistic expression at Roskilde, which featured a “really strong” arts and activism programme, alongside a full music schedule.

“The programming came together very well this year,” says Lopdrup. “We always aim to give a voice to the youth in society and we managed to do that really successfully this year.”

The music programme also placed a special focus on young talent, despite a bill of headline acts such as the Cure, Robyn and Travis Scott, as well as Bob Dylan and Cardi B.

Presenting plenty of new acts is something Roskilde has worked on over the years, says Lopdrup, facilitated by a large, diverse line-up and “curious festivalgoers”.

“One of our goals is to show fans something they haven’t seen before,” explains the Roskilde chief.

Major breakthroughs for this year included the presence of “a lot of strong female artists”.

Rather than using quotas to ensure an equal representation of women, Roskilde focuses on “presenting strong and progressive female artists”, giving them slots that allow them to “make their mark and inspire others”.

Christine and the Queens, Rosalía, Jorja Smith and Janelle Monáe were among high-profile female acts on the bill at this year’s Roskilde.

Looking ahead to the festival’s 50th anniversary next year, Lopdrup prioritises a future-facing attitude over a celebration of the past.

“We are a youth-focused festival – the average age of attendee is 24 – and our goal is to engage with the younger generation and with the future. As a festival, we have a special responsibility to tackle important social and global issues and to continue looking ahead.”

More than 180 artists will play at this year’s Roskilde Festival (85,000-cap.), taking place from 29 June to 7 July. The new additions join previously announced acts including the Cure, Christine and the Queens, Jorja Smith, Jon Hopkins and Cardi B.

Roskilde Festival 2018 won line-up of the year at the European Festival Awards in January.

Nobel Prize-winning Dylan will play with his band on Wednesday 3 July, returning to the festival for the first time since 2006.

“Few artists have had such a profound influence on music and popular culture as Bob Dylan,” says head of programme Anders Wahrén. “To many of our young festivalgoers, this will be their first chance to witness an artist who has changed the course of music as much as he has.”

“Rosalía is a perfect example of a pop star who makes global pop music in an age when genre and language barriers mean less. The way she  effortlessly mixes classic flamenco with pop and hip-hop is testament to her brilliance and the curiosity of millions of listeners out there,” says Wahrén.

Wahrén adds that “it’s crucial for us to present a line-up with great music from all over the world.”

New acts have also been added to the festival’s Nordic talent programme and arts and activism programme.

Israel Goodman “Izzy” Young, the organiser of Bob Dylan’s first New York concert and long-time supporter of folk music, has died at the age of 90.

“The Folklore Center was the citadel of Americana folk music”

Young leaves behind a son, daughter, three grandchildren and over 60 years of support for folk musicians.

The music legends, who between them have sold more than 100 million records, will jointly headline on Friday 12 July, backed by their respective bands.

BST has gone from strength to strength since it launched in 2013, with highlights over the past six years including the Rolling Stones’ return to Hyde Park, Carole King performing Tapestry in full and comeback shows by the likes of the Strokes and Libertines. This year’s performers included Roger Waters, Bruno Mars, Michael Bublé, the Cure, Eric Clapton and Paul Simon.

Dylan and Young both played AEG’s one-off Desert Trip mega-festival in 2016, along with the Stones, Waters, the Who and Sir Paul McCartney.

AEG Presents senior vice-president Jim King comments: “Barclaycard presents British Summer Time has always tried to deliver the greatest possible one-off live experiences for music fans in London, and being able to bring together two of the biggest cultural icons together for this historic day of music counts as possibly the biggest event we have ever delivered in Hyde Park.”

“I’m blown away by the calibre of music royalty coming to Barclaycard presents British Summer Time Hyde Park 2019,” adds Daniel Mathieson, head of experiential marketing and partnerships for Barclaycard. “With these legendary artists already confirmed, and many more still to be announced, you won’t want to miss it.”

Barclaycard presale tickets went on sale at 9am this morning, with general sale opening at 9am this Friday (30 November), with GA tickets priced at £75. 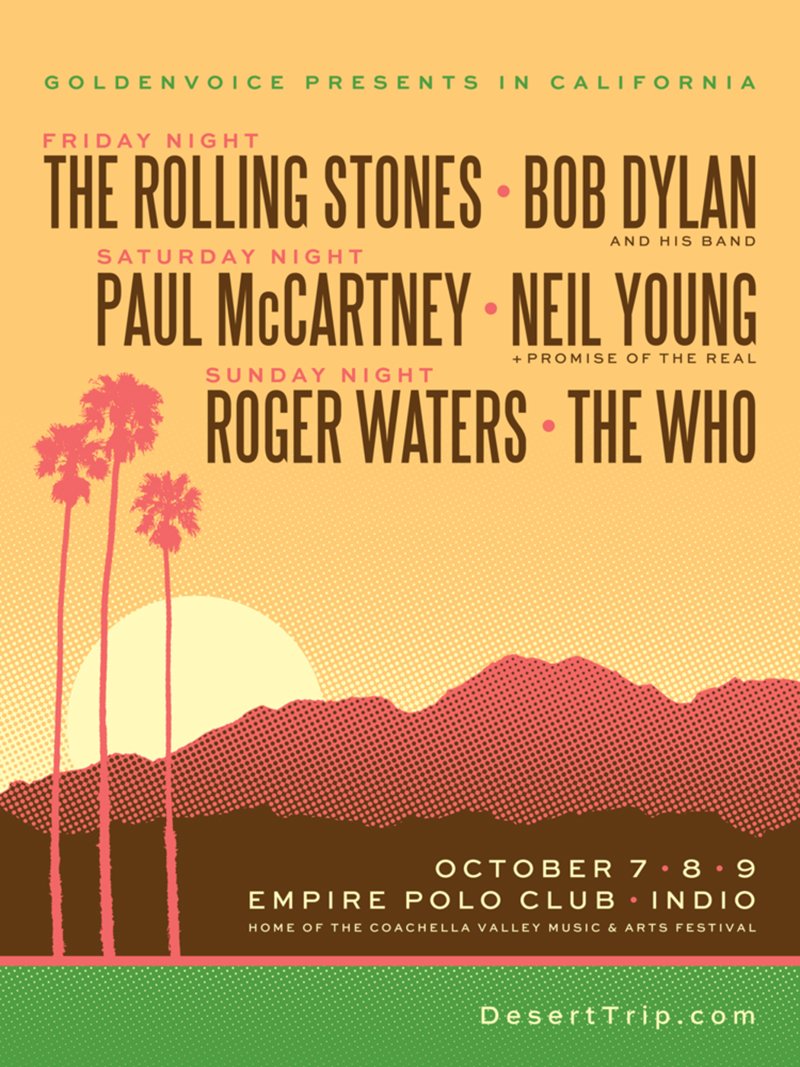