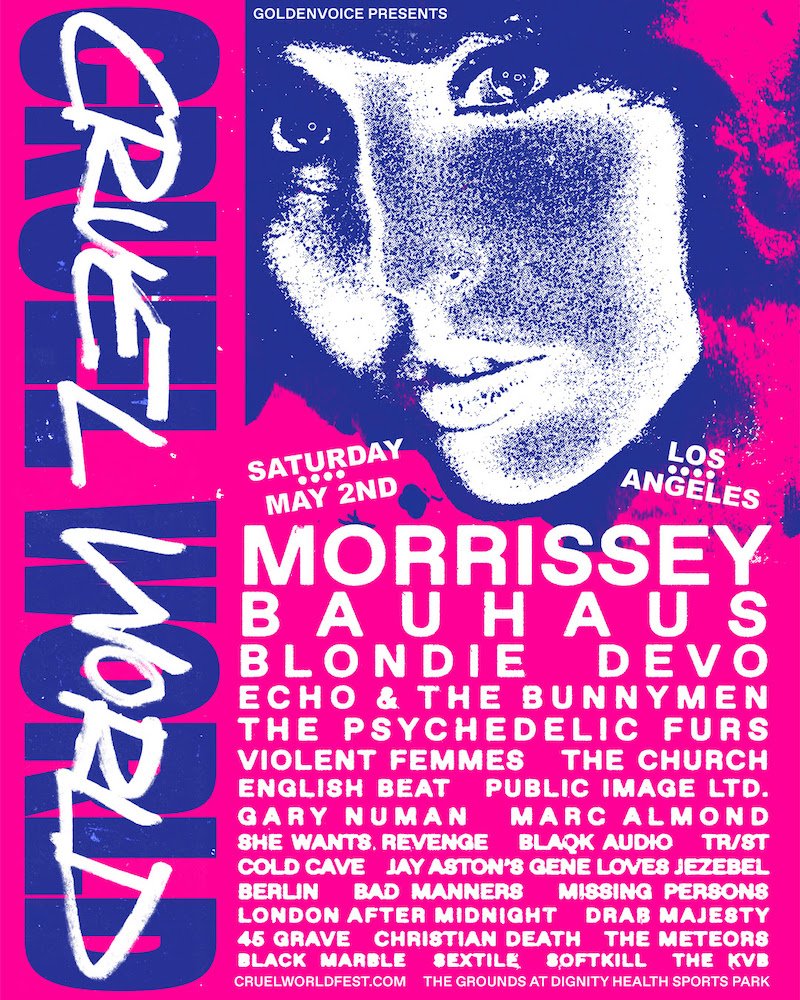 “We also understand that earlier wet weather posed certain challenges in preparing the site for the event and prevented MF Live Inc. from being able to host a safe event,” reads the document.

A statement on the festival’s website blames “rainy weather” for the cancellation of the festival, which was to feature performances from Nickelback, Blondie, Aerosmith and Kid Rock.

Last week, Eventbrite announced it would provide all ticketholders with a refund, while continuing “to aggressively pursue the return of funds from the festival’s creators.”

Dunphy and fellow MF Live founder Fab Loranger parted ways ten days before the festival’s cancellation and are no longer on speaking terms, according to an interview with CTV News.

The first meeting of the creditors is scheduled to take place at 10 a.m. on 30 July at the Grant Thornton offices in Toronto.

British venues and promoters have been left counting the cost of last night’s deadly bombing at the Manchester Arena, with a spate of cancellations, questions over security and the threat of a spike in the cost of insurance cover.

The launch of Amazon’s much-heralded Prime Live Events concert series is among the most high-profile events to have been put on hold. As a “mark of respect”, the Blondie show at the 750-capacity Round Chapel tonight has been postponed.

“Out of a mark of respect for the victims of the terrible attack at Manchester Arena last night, Amazon and Blondie will not go ahead with the Prime Live Event scheduled for tonight at the Round Chapel in Hackney, London,” an Amazon spokesperson tells IQ. “We are working together with Blondie to reschedule the event, and we will communicate details to customers as soon as possible.”

Take That have also cancelled their planned concert at the Liverpool Echo Arena tonight “out of respect to all of the people and their families that were affected by the horrific incident” in Manchester, the band say in a statement.

The three-piece are due to play further dates at Manchester Arena later this week; it is not yet known whether those shows will go ahead.

Elsewhere in Manchester, Simple Minds at the Bridgewater Hall (2,400-cap.), Homeshake at Gorilla (700-cap.) and Priests at Gullivers (100-cap.) will all go ahead tonight.

At The O2 in London, meanwhile, Ariana Grande – who was performing at Manchester Arena the night of the bombing – is, at the time of writing, still booked to play on 25 and 26 May, while Iron Maiden have confirmed their 27–28 May dates will go ahead.

“The mood in Manchester is one of defiance: people are thinking, ‘We’re just going to get on with it'”

The most significant festival cancellation so far is Radio Festival, a radio/audio convention backed by PRS for Music, which was due to take place tonight at London’s British Library. Roger Cutsforth, chief executive of event organiser Radio Academy, says: “[D]ue to the sheer number of people from the industry who have been called back to their desks to report on the incident, and the many attendees attempting to travel, we have decided to reschedule the event for later this year.”

DHP Family’s Anton Lockwood, whose Dot to Dot new-music festival returns to Manchester this Friday (26 May), tells IQ it’s business as usual for the promoter until it hears otherwise.

“If police tell us we have to do anything different, we obviously will,” he explains, “but it never occurred to us to cancel.”

Arenas across the UK, as well as many London theatres, are believed to be urgently reviewing security procedures in the aftermath of the attack.

However, Phin Mackness, the managing director of urban booking agency Stateside Touring, says he believes not enough is being done to keep artists and audiences safe.

“This is the third time a music venue has been attacked in the space of 18 months,” he tells IQ, referencing the attacks on the Bataclan and Reina nightclub in Istanbul, “and I can only see that this is going to increase: when you’ve got lots of people in a small space like a venue, it makes an attractive target for terrorists.

“We need change – it’s not specific to the UK, but in live venues as a whole. This could happen anywhere.”

“When you’ve got lots of people in a small space like a venue, it makes an attractive target for terrorists”

In addition to the threat of terror discouraging some artists from visiting certain markets, a prominent industry insurance broker tells IQ premiums are likely to increase in the short-term as a “knee-jerk reaction” to the Manchester bombing.

“The attack is likely to have a direct affect on [insurance] rates”, says Alesco’s Paul Twomey, as underwriters “look at the location of shows: for example, insurers will see more incidents occurring in France and Belgium and so premiums will be higher in Spain, Denmark, Scandinavia…”

Twomey adds, however, that unless Britain is hit by a spate of terror attacks, as has happened in France, insurance policies will only peak in price temporarily. “As the old adage goes, the safest place to be right now is probably in a music venue,” he says.

Regardless of whether the attack is a sign of things to come in the UK, the data is clear: Terrorist incidents at live music events are on the rise, doubling year on year since 2015, with at least four so far in 2017 alone.

With a few exceptions, in Manchester, at least, the show looks to go on. While there is, says Lockwood, “a certain nervousness among some artists, especially Americans, flying in for Dot to Dot” – but the general mood “is one of defiance: people are thinking, ‘We’re just going to get on with it and not let last night stop me doing the things I want to do.”

Amazon today issued its strongest statement of intent to date about its live music plans, diving headfirst into promoting its own shows with the announcement of a new concert series, Prime Live Events.

Exclusively available to members of Amazon Prime – its £79-a-year subscription service that also includes music and video streaming, faster delivery on purchases from the Amazon website and, most recently, exclusive presales, lounges and premium seating at several AEG venues, including The O2 – the first Prime Live Event will take place on 23 May with a performance by Blondie at the 750-capacity Round Chapel in Hackney, London.

That will be followed by Alison Moyet at the Round Chapel on 12 June, Texas at the 600-cap. Porchester Hall, also in London, on 16 June and Katie Melua at the 770-cap. Cadogan Hall in Chelsea, west London, on 25 and 26 July – although Amazon Tickets general manager Geraldine Wilson tells IQ the initial four shows will be followed by a “continuous programme” of concerts set to grow throughout 2017.

Explaining the decision to eschew working with external promoters, Wilson says while the company “works with promoters right across the UK” on its Amazon Tickets business, for Prime Live Events “we had a very strong idea of what we wanted to create, so it made sense to do it ourselves”.

The launch of Prime Live Events follows two one-off shows by Robbie Williams, at London’s St John-at-Hackney, and John Legend, at the Round Chapel, last December, which served as a trial run for the new series. Both were filmed and made available on demand to Prime members internationally – something that will continue with Prime Live Events shows.

A concert series hosted by a major international corporation with an interest in music streaming has, inevitably, already drawn conclusions with Apple’s successful Apple (né iTunes) Music Festival (“the intimate alternative to the Apple Music Festival”, writes TechRadar), although Wilson says Amazon is potentially in a stronger position owing to its wider reach and almost two decades in the music business.

“One of reasons why Amazon uniquely positioned is that we have this broad relationship with artists,” she explains. “We’ve been in music for 18 years – we have two streaming services, we sell their their music, their books, their tickets…

“And not only that, we’re going to be filming them – and that content is going to reach Prime members not just in the UK, but internationally.” (Morgan Stanley estimates there are 65 million Amazon Prime subscribers worldwide.)

Wilson declines to speak about any potential expansion of the concept internationally, but Amazon Tickets is known to be hiring staff in the US ahead of a rumoured launch stateside and the feedback in the UK so far has been positive (both artists and fans “loved” the Robbie Williams and John Legend shows, she says).

With the prospect of seeing their favourite act in an impersonal arena or stadium setting not to everyone’s taste, Amazon is hoping Prime Live Events can fill a gap in the market by putting major acts in mid-sized venues. “There are many different formats for consuming live music – festivals, arenas and stadia – and we’re addressing an appetite to see intimate shows up close to the artist,” concludes Wilson.

“When I was at the John Legend show, you could see the artist clearly no matter where you sat… I was talking to two guys in their late 20s and they said to me, ‘This is how we want to see live music.'”

Prime members with £150 to spare can pick up tickets for the Blondie gig at 9am this Thursday (11 May) from tickets.amazon.co.uk/prime-live-events.

The two The Music of David Bowie gigs, at Carnegie Hall on Thursday 31 March and Radio City Music Hall the following night, could be streamed live over Skype for a recommended minimum donation of US$20 or £15 to the events’ charity partners.

The concerts were the 12th in Knitting Factory founder Michael Dorf’s Music of series, which raises funds for music education programmes for underprivileged children.

Performers at the shows included Ann Wilson of Heart, who opened with ‘Space Oddity’, REM’s Michael Stipe, who played a stripped down version of ‘Ashes to Ashes’ accompanied only by a piano and model/backing vocalist Karen Elson, Blondie, who performed ‘Heroes’, Mumford & Sons performing ‘It Ain’t Easy’, Perry Farrell playing ‘Rebel Rebel” and The Flaming Lips, whose frontman Wayne Coyne sang ‘Life on Mars?’ while riding on the shoulders of a man in a Chewbacca costume (because why not).