All Things Live is launching an intimate three-day music festival in Denmark’s capital city this summer.

Common Ground Festival will take place between 12–14 August at KPH Volume, an old tram depot in Copenhagen with 700 square metres of event space.

The private equity-backed live entertainment group says the aim of the festival is to “move away from genre limitations and bring a diverse pool of artists to the same stage”.

“One thing that really excites me about this project is that you’d usually expect to see these headliners playing much larger venues, or to much larger festival crowds,” says promoter Liam Carroll.

“Experiencing live music in this manner really allows you to feel like you’re a part of something special.”

Commenting on the festival’s intimate venue, promoter Kasper Boldt says: “From the first brainstorm, we knew we wanted a post-industrial space, something a little left from centre. When we committed to having this year’s festival in-venue, we knew that Volume was going to be hard to look past.”

See the poster for Common Ground Festival below. 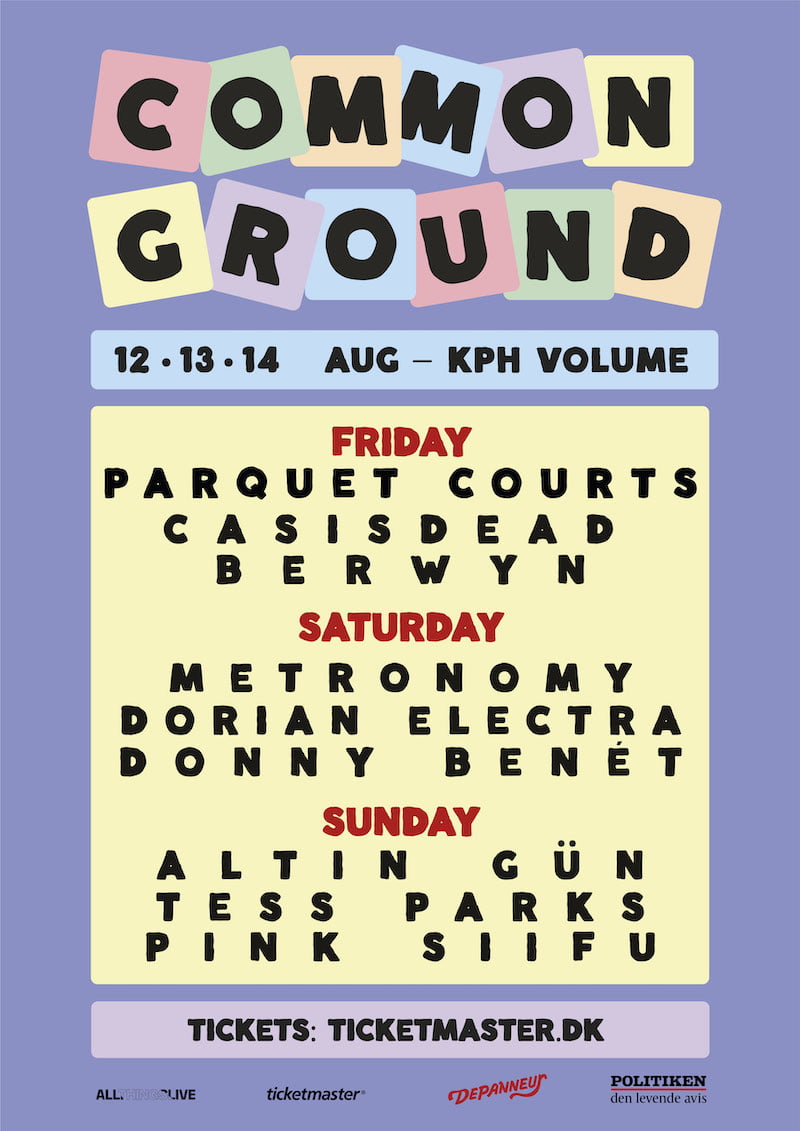 The Danish capital is set to gain a new 2,500-capacity music venue this winter.

Stagebox will open this November in Refshaleøen, a former industrial site in the harbour of Copenhagen that has been dubbed a ‘cultural playground’.

The venue, which is being opened by new operator Live Partner Denmark, will be located at Refshalevej 189 – an old and historical construction hall in the post-industrial shipyard.

Stagebox’s CEO Daniel Vangsgaard and head of partnerships Stefan Petersen (previously a booking agent and promoter at All Things Live Denmark) say they have kept the hall’s original features but the sound and lighting have been elevated.

The pair expect approximately 200,000 guests at Stagebox over the course of 2022.

The official opening concert, along with additional concerts and information on partnerships, will be announced later this month.

“Speaking for Danish concert organisers, I daresay that Copenhagen has long lacked a venue that was built exclusively for events and concerts, where the sound and surroundings have been prioritised in order to provide the ultimate audience and artist experience,” says Vangsgaard, director and venue manager.

“And we’re incredibly excited to present them with such a space – both Danes and internationals.”

In 2017, Beatbox Entertainment (the promoter behind greenfield festivals Tinderbox and NorthSide) launched the brand new Haven festival in the shipyard – selling 20,000 tickets.

More recently, Live Nation Denmark, along with nine of the country’s biggest festivals, held a one-off event at Refshaleøen to mark the reopening of the country.

Leading Nordic live entertainment company All Things Live is strengthening its position in Denmark with a new local booking department in Copenhagen.

In December it was announced that former Copenhagen Music agent Morten Hundahl will spearhead the new department and today All Things Live reveal that he is joined by John Blicher Madsen, who will work as an agent in the booking team.

Madsen has previously worked at 3rd Tsunami Agency and Musicall Booking, and will be bringing a handful of acts to the existing Danish roster.

“We have great ambitions for our Danish roster, and will proceed our expansion of this with modesty and determination”

“We are very pleased that Morten and John have joined the team,” says CEO Pernille Møller Pedersen. “Both of them bring a lot of experience, innovation and positive energy to the table, which I’m convinced will strengthen and expand our Danish music department. In spite of the current Covid-19 situation, we keep reinforcing All Things Live Denmark.”

Morten Hundahl, new head of the Danish music department, adds: “We have great ambitions for our Danish roster, and will proceed our expansion of this with modesty and determination. I’m convinced that John is the perfect match. With brighter days ahead on the other side, we look forward to announcing a lot of tours and create some unforgettable live experiences.”

In 2020, All Things Live expanded its comedy department and announced the acquisition of the event company Monkfish.