The Energy Bills Discount Scheme, which will reduce rather than cap energy costs, has been met with disappointment by UK organisations 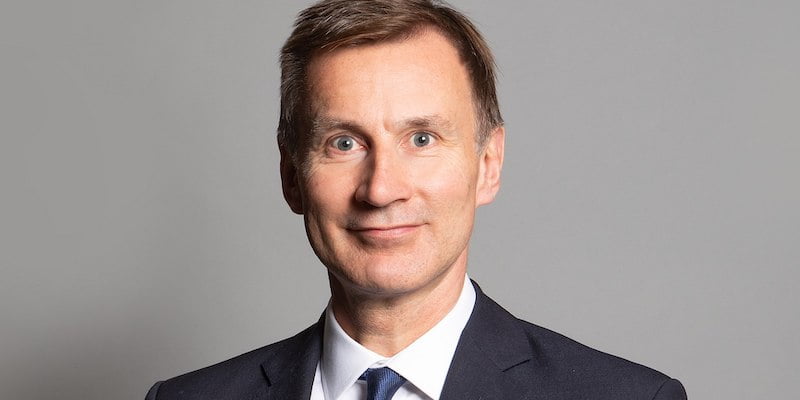 Chancellor Jeremy Hunt unveiled the scaled-back initiative, which will replace the existing Energy Bill Relief Scheme from 1 April and will run for 12 months, earlier this week.

Sky News reports the EBDS will cost taxpayers £12.5 billion less and will reduce rather than cap energy cost. Businesses will only able to benefit from the scheme when bills reach £302 and £107 per MWh for electricity and gas, respectively.

Previously, wholesale prices were fixed for all non-domestic energy customers at £211 per MWh for electricity and £75 per MWh for gas for six months between 1 October and 31 March 2023.

“The government has been clear that such levels of support were time-limited and intended as a bridge to allow businesses to adapt,” says a statement from HM Treasury. “The latest data shows wholesale gas prices have now fallen to levels just before Putin’s invasion of Ukraine and have almost halved since the current scheme was announced.

“The new scheme therefore strikes a balance between supporting businesses over the next 12 months and limiting taxpayer’s exposure to volatile energy markets.”

However, Jon Collins, CEO of trade body LIVE, says the latest measures have increased the level of uncertainty for venue operators.

“The average energy bill for live music venues has gone up by nearly 300% which is leading to permanent venue closures as owners struggle to cover costs,” he says. “This decision further jeopardises these well-loved establishments – restricting access to live music, inhibiting venues’ ability to turn a profit, and damaging town and city centres at a time when we desperately need growth.”

Mark Davyd, CEO of grassroots venues organisation Music Venue Trust, describes the latest measures as “bizarre” and is calling for further clarification from the chancellor.

“The challenges caused by energy bills to grassroots music venues is understood by Jeremy Hunt and the government to be so bad that he has been compelled to write to Ofgem asking that they take action and do something about it,” says Davyd. “That’s good – something does need to be done, because the charges and conditions being forced upon the sector are absurd. The average increase in the sector is 278%. Demands are being made for excessive deposits, suppliers don’t actually want to supply and frankly, there is no market. There is simply an expensive monopoly with extraordinary prices and conditions.

“However, apparently the same evidence that has caused Jeremy Hunt to send the letter to Ofgem laying out these issues was considered insufficient that it would cause him to include Grassroots Music Venues within the specific support he subsequently announced. Venues, alongside the whole of hospitality, have been dumped into a general category of support that is so insufficient that it must inevitably result in permanent closures of venues.

“We are therefore forced to conclude that whilst Jeremy Hunt fully accepts that these energy bills will close music venues, he is not prepared to do anything concrete about it… except send letters”

“We are therefore forced to conclude that whilst Jeremy Hunt fully accepts that these energy bills will close music venues, he is not prepared to do anything concrete about it… except send letters.”

He continues: “The package of supported industries includes libraries and museums, who have neither comparatively high energy bills nor a non-functioning energy market and the basis on which he seems to have made the decisions on what would and would not be included in a package of support from 1 April are, at best, highly unusual.

“Mr Hunt has told Ofgem he would like to see the results of the investigation he has asked for in time for the budget. We would strongly urge them to complete that work with sufficient expediency that the chancellor can revisit the support in that budget and recognise that grassroots music venues should have been included within the exceptional support he has offered to libraries and museums.”

Elsewhere, Night-Time Industries Association chief Michael Kill says the announcement highlights that the government is “out of touch” with businesses.

“The scaling back of the energy relief scheme by government at the end of April will without doubt mean thousands of businesses and jobs will be lost in the coming months,” he adds.