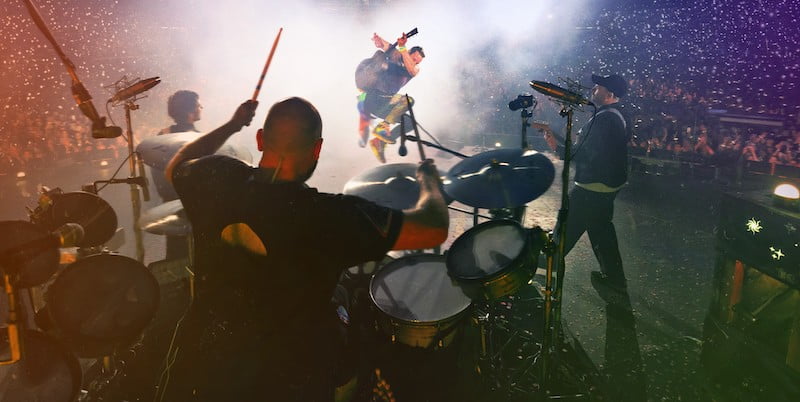 Ticket sales for Coldplay’s Music Of The Spheres World Tour have now surpassed six million, as the band reveal details of a further slate of stadium shows across the US and Canada for 2023.

Support on all dates will come from H.E.R. and 070 Shake. Tickets go on sale this Friday (27 January).

Coldplay were originally due to play SoFi Stadium in Los Angeles last year before the shows were cancelled due to production issues. An exclusive first come, first served presale will be offered to past purchasers of their previously scheduled 2022 dates in LA. The presale will take place on Thursday 26 January.

To allow more fans access to the shows, the British band will be continuing their $20 Infinity Ticket Programme for the west coast shows. The programme offers a limited number of $20 tickets, which could be located “anywhere in the venue – on the floor, up in the gods or anywhere in between”. Tickets are restricted to a maximum of two per purchaser and must be bought in pairs.

In North America, Coldplay are represented by Marty Diamond of Wasserman Music. Diamond is confirmed as a panellist for the View From The Top panel at this year’s ILMC.

The Music Of The Spheres run restarts in Brazil in March before returning to Europe in May for shows in Portugal, Spain, England, Wales, Italy, Switzerland, Denmark, Sweden and the Netherlands.

Earlier on the tour, Coldplay made history in Argentina by completing an unprecedented 10-night sellout run at the 65,000-cap Estadio River Plate in Buenos Aires. The national record previously belonged to Roger Waters, who played nine shows at the venue in March 2012 during his The Wall Live tour.

A special live broadcast of the group’s 28 October Buenos Aires concert was screened in cinemas in more than 80 countries – a record-breaking number of countries for a live cinema event – topping the box office charts in Argentina, Mexico, Chile, Netherlands, and breaking the top 10 worldwide across the weekend covering 28-30 October, according to Comscore.

The tour has also been praised for its groundbreaking sustainability initiatives, which include the world’s first tourable battery system and the first ever stadium show powered by renewable energy.

As part of their commitment to cut tour emissions by 50%, the band have pledged to plant one tree for every ticket sold and have offered fans incentives to travel by low-emission transport.

Subscribers can revisit our in-depth look at the tour, first published in Issue 113 of IQ Magazine, here.