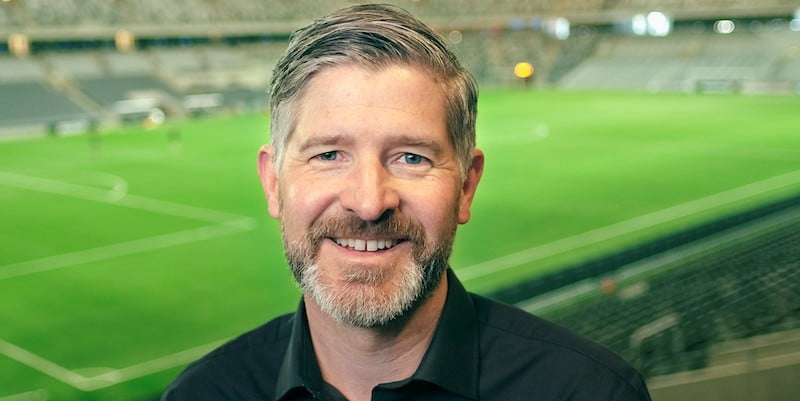 Friends’ Arena’s Andreas Sand has spoken to IQ about the venue’s transformative impact on the Stockholm music scene as it celebrates its 10-year anniversary.

Sweden’s national stadium has attracted global megastars such as Bruce Springsteen & The E Street Band, the Rolling Stones, Beyoncé, AC/DC, Guns N’ Roses, Eminem, Ariana Grande and Lady Gaga to the country since its launch a decade ago.

“It makes you nostalgic to think back over those 10 years,” says Sand, CEO Stockholm Live, ASM Global Sweden. “On one hand, it feels like ages ago since some of those events, milestones and fantastic moments in the venue and on the other hand, it feels like yesterday. It’s almost like when you celebrate your kids’ birthdays: you’re being nostalgic and you reflect on the past, and you’re also thinking about the years to come.

“Stockholm, to this day, doesn’t have another stadium with this type of capacity. We now also have Tele2 Arena, which is a stadium with lower capacity, but the big stadium tours wouldn’t have played in Stockholm if it wasn’t for a venue like Friends Arena.”

Earlier this week, ASM Global announced the city’s Kägelbanan venue will be reopening under the operation of Stockholm Live after a three-year closure, further boosting the Swedish capital’s live music network.

“Stockholm is one of the music capitals of the world. It has venues that start at 200 capacity going up close to 60,000 capacity,” says Sand. “We are starting to see more local acts play bigger and bigger venues, and that has probably been helped by the pandemic. It used to be only the top international content that could sell out the big venues, but we have started to see that change and that would be a fantastic addition to our possible headliners.

“This is a strong music market and the appetite for live entertainment here is huge. We’re much more than a summer festival stop; we have really good venues of different sizes – with Friends Arena being the jewel in the crown.”

Homegrown heroes including Agnes Carlsson, The Hives, Icona Pop, Loreen, First Aid Kit and Roxette performed during the stadium’s opening ceremony in October 2012, with Swedish House Mafia playing three sold-out gig the following month. However, arguably the most memorable show was the Avicii Tribute Concert on 5 December 2019, which featured the likes of David Guetta, Kygo and Rita Ora and drew the venue’s record attendance of 58,163.

“The stadium has a retractable roof, which means we can use it 365 days a year”

“It was a special night and to this day it’s probably my favourite moment in the venue and maybe going to a concert overall,” reflects Sand. “The atmosphere was spectacular. You felt this love: there was definitely joy and happiness – people were dancing and celebrating Avicii – but of course there were a lot of tears as well, so emotions were at a maximum.”

Friends Arena, which is the home ground of football club AIK and the Swedish men’s national team, has concerts confirmed for 2023 by Ozzy Osbourne (5 May), Depeche Mode (23 May) and Celine Dion (30 September), while it also hosts the final of the annual Melodifestivalen song contest, which determines Sweden’s Eurovision representative.

“The stadium has a retractable roof, which means we can use it 365 days a year,” explains Sand. “That is the only way to have such a stadium in a country like Sweden where we’re so far up north that it’s tough up here with the weather gods. If you want to build a modern world class venue like Friends Arena, you need to be able to use it 12 months of the year and you can’t be that dependent on the weather.

“We are able to bring in and out events with quick turnarounds. It is a football stadium and we’re proud of that. But it is a football stadium that can be used for so much more. On average, 27% of our attendance comes by car. Some US venues hit the high 90%, so it is quite unique that people walk here or take a bike and so on.”

“I’d love to see festivals at the arena, using the main bowl, but also other areas that we have adjacent to the venue”

The venue has a sponsorship deal with banking group Swedbank, which donated the naming rights to Friends, a not-for-profit anti-bullying organisation.

“That is something that we’re proud of,” adds Sand. “We take our responsibility seriously to do what we can to make this society a better place. We see that the awareness of these types of matters have increased over these 10 years and that is an aspect of the venue that is part of our history and our legacy and it gives us a deeper sense of purpose.”

And switching his focus to the decade ahead, Sand feels the stadium is well placed to maintain its status, despite the many challenges facing the venue sector.

“There’s always some crisis that we need to fight and the energy one is a tough one,” he notes. “We’re in a fairly good spot with this stadium, as is Sweden overall, energy-wise. We’re not dependent on gas, as an example, and in the long run, this energy crisis too shall pass.

“Looking forward, we have this fantastic hybrid of sports and music in our venue. We want to continue to attract the big tours and complement that with some other types of shows and entertainment, like Monster Jam, which we have coming back to the venue in ’23. I’d love to see festivals at the arena, using the main bowl, but also other areas that we have adjacent to the venue. I think it would be a good spot to host a festival type of content. So we’re excited for the next 10 years.”