As of next year, approximately 80% of the leading Netherlands dance festival's power consumption will consist of green grid power 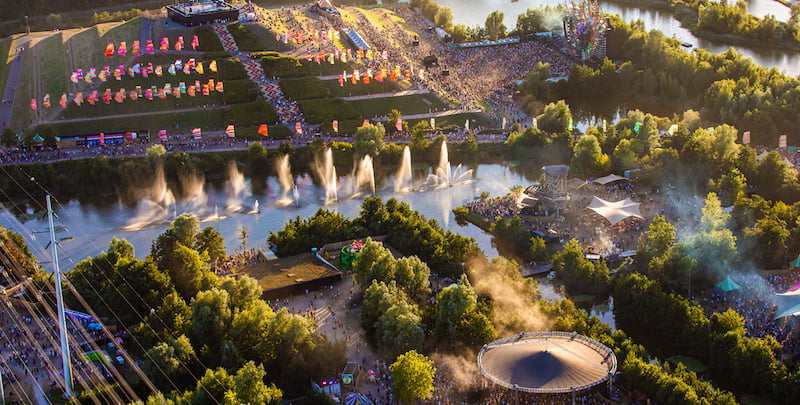 The Netherlands’ leading dance festival Mysteryland is set to enter a new phase of sustainable planning in its 30th anniversary year.

As of next year, approximately 80% of the festival’s power consumption will consist of green grid power, according to organisers, while the remaining 20% will mainly consist of flexible, sustainably generated energy.

The pledge is a collaboration with the Municipality of Haarlemmermeer, Recreatieschap Spaarnwoude and Mysteryland promoter ID&T Group.

“We are extremely proud to take this important step forward together with the other parties involved and hope this will inspire other organisers to do the same,” says Mysteryland MD Milan Raven. “This effort fits perfectly with our recent signing of the Green Deal Circular Festivals, which focuses on sustainable innovation and in which we have promised to work hard to become more circular and climate neutral in the future.”

The green grid power will be supplied by local energy company Tegenstroom, which is owned by the Municipality. Tegenstroom supplies 100% locally generated solar power produced by entrepreneurs in the region including neighbouring farmer Jos Koeckhoven, whose land forms part of Mysteryland’s campsite.

Mysteryland and its partners have devised a plan to supply energy to the festival, with electricity cables being dug deep into the ground. Underground wells will be constructed at places where a lot of power is needed, such as the main stages. During the festival, containers will be placed on these wells, which will work similar to large-scale power sockets, fed with solar power from neighbours.

The campsite will be used as a ‘testing ground’ for new forms of sustainable energy. All parties involved have made a one-off investment that will provide a medium-voltage grid power supply, while various grants were also received.

Mysteryland recently signed up to the Green Deal Circular Festivals (GDCF) sustainability pact during the Amsterdam Dance Event. Launched in 2019 by the Dutch Ministry of Infrastructure and Water Management, GDCF brings together participating festivals to share knowledge and experience on sustainability practices in a bid to become circular and climate-neutral by 2025.

Mysteryland returns to Haarlemmermeer, near Amsterdam, from 25-27 August 2023.