120k tickets were sold in France for the Central Tour film, shot at Lyon's Groupama Stadium in June to celebrate the band's 40th anniversary 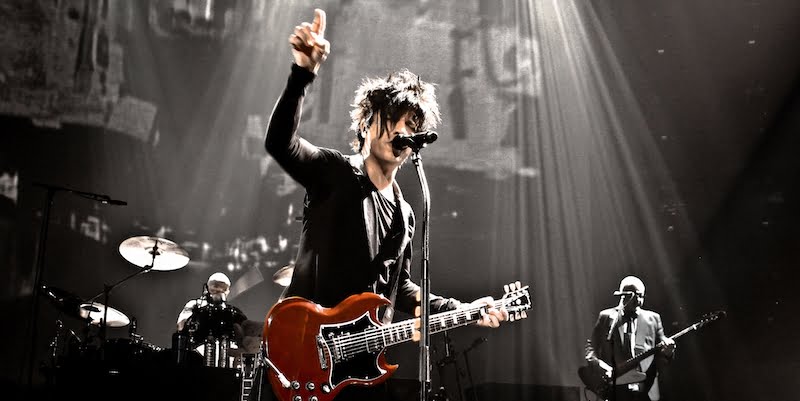 A concert film celebrating the 40th anniversary of French pop-rock band Indochine grossed more than $2 million and topped the French box office on its day of release.

Shot at Lyon’s Groupama Stadium in June 2022, the Central Tour was the first recorded music event to be released through the Filmed for IMAX programme. It was screened nationwide on 24 November in 477 cinemas, including 16 IMAX screens in the widest ever release for an event cinema programme. Previews were held the night before, which then continued for five days of exclusive encore screenings.

An additional 10 IMAX locations also screened the film exclusively abroad in Belgium, Switzerland, and the cities of London, Berlin, Amsterdam, and Melbourne. Two additional screenings are scheduled for the Scotiabank Theatre in Montréal on 11-12 December.

“We are beyond thrilled with the incredible performance of Indochine Central Tour in Cinema,” says Megan Colligan, president of IMAX Entertainment. “As the first ever Filmed for IMAX concert and the biggest event cinema box office for a French release, Indochine Central Tour in Cinema further highlights the desire of fans around the world to experience unique and immersive entertainment events in IMAX.”

The Central Tour was captured with 22 IMAX certified digital cameras and the live show featured a 147ft central tower and the specially designed biggest LED screen ever used in a live concert (27,000 sq ft/1,400 LED panels).

“The huge success of Indochine Central Tour in Cinema in post-pandemic times demonstrates that movie theatres remain very attractive to the audience, who is more than ever ready to gather around major and unifying events”, adds Thierry Fontaine, president of Pathé Live. “The quality of the image and sound of this specially Filmed for IMAX historic concert, that celebrated the 40th anniversary of France’s most popular band, offers an unparalleled immersive and collective experience.”