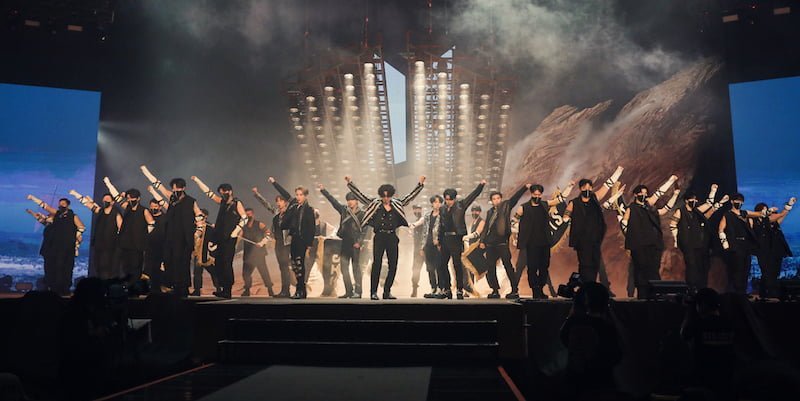 AEG Presents and Powerhouse have previously worked with BTS

The Seoul and Los Angeles-headquartered company has worked with some of the biggest names in K-Pop, including BTS, Blackpink, Monsta X, and Tomorrow X Together, and is a partner of the biggest K-pop festival in the world, CJENM’s KCON.

Having teamed up on many successful K-pop artists over the past 13 years, AEG Presents and Powerhouse will build on their relationship by collaborating on all aspects of live K-pop business including touring, production, marketing and media.

“In the course of last two decades, K-pop has grown to be one of the most popular genres in the global music industry,” says C.S. Hah, CEO and president of Powerhouse, founded in 2018.

“The K-pop market has proven its depth and width to be more matured than ever, and I hope our launch of this formal partnership with AEG Presents can help K-pop grow to reach new horizons across the regions.”

Adam Wilkes, president and CEO of AEG Asia Pacific, adds: “Powerhouse and AEG Presents have a great history together, and our collaboration has only become more extensive as the barriers continue to evaporate between global music markets. This feels like a logical progression in our ongoing partnership.”

AEG Presents and Powerhouse kicked off their relationship in 2010, producing the SM Town Concert at Staples Center, regarded as the first blast of K-pop in the US and selling out 12,500 tickets in a matter of minutes.

Since then, the two companies have collaborated on blockbuster K-pop tours including BTS’ 2017 The Wings Tour North American arena shows and their 2018 Love Yourself arena world tour, as well as MONSTA X’s 2018 The Connect World Tour.

Over the last five months, the two companies have produced and promoted tours for the likes of Blackpink, Tomorrow X Together, Enhyphen and Ateez.