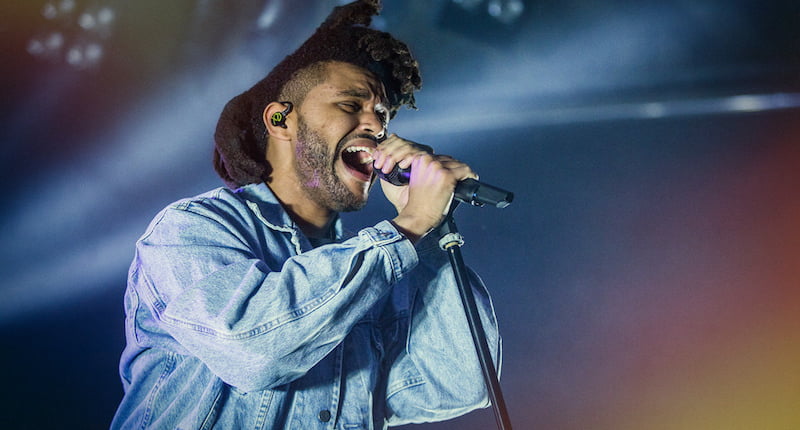 The Weeknd is continuing his After Hours Til Dawn stadium tour with newly announced legs in Europe and Latin America.

The next leg of the After Hours Til Dawn Tour will kick off 10 June 2023 at Manchester’s Etihad Stadium in the UK, with stops in Stockholm, Amsterdam, Mexico City, Rio de Janeiro, and more before wrapping up in Santiago, Chile, on Sunday 15 October at Estadio Bicentenario de La Florida. Additional 2023 dates will be announced soon.

Kaytranada and Mike Dean will join the CAA-repped singer on all European dates. The outing is in support of The Weeknd’s 2020 album After Hours, as well as his critically-acclaimed album Dawn FM, which was released in January this year.

The Weeknd’s global After Hours til Dawn tour was originally scheduled in 2020 (when it was just the After Hours tour) to hit 105 arena dates beginning June 2020, but was postponed due to the pandemic – first to 2021 then January 2022 and then summer 2022.

The singer recently concluded his record-breaking North America leg, which grossed over US$130 million to date

In October 2021, the singer/producer broke the news that he was nixing the 104-date arena trek in favour of stadiums, saying “I want to do something bigger and special for you which requires more stadiums”.

One Euro from each ticket sold across Europe, £1 in the UK and the $1 equivalent in countries across Latin America will go to this important cause. The fund raised money during the North American leg of the tour through ticket sales, proceeds from an exclusive tour t-shirt, and a $500,000 donation directly from The Weeknd.

The Weeknd’s corporate partners, tour venues, World Food Program USA board of directors and supporters also stepped up to contribute, as well as tour sponsor Binance, who contributed US$2m to the fund. The first grant of $2m will be going to provide emergency food and nutrition assistance to the most food-insecure regions of Ethiopia.

The After Hours Til Dawn tour is powered by Binance, the global blockchain ecosystem behind the world’s largest cryptocurrency exchange, bringing Web 3.0 technology to concert-goers worldwide.

Ticket holders receive souvenir NFTs in addition to access to an exclusive NFT collection for The Weeknd’s tour, in collaboration with HXOUSE, a think-center and community incubator for creative entrepreneurs. Five percent of the sales from the upcoming tour NFT collection will be donated to the XO Humanitarian Fund.