Continuing a series of interviews with the 2022 New Bosses, IQ speaks to Sönke Schal, head of people & culture at Karsten Jahnke (DE) 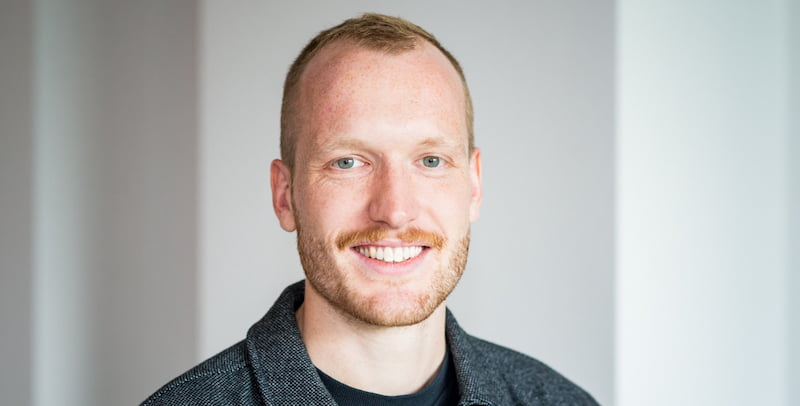 The 15th edition of IQ Magazine’s New Bosses was published in IQ 114 this month, revealing 20 of the most promising 30-and-unders in the international live music business.

To get to know this year’s cohort a little better, IQ conducted interviews with each one of 2022’s New Bosses, discovering their greatest inspirations and pinpointing the reasons for their success.

Catch up on the previous New Bosess 2022 interview with Seny Kassaye, agent at Fort Agency in Canada. The series continues with Sönke Schal, head of people & culture at Karsten Jahnke Konzertdirektion (DE).

Sönke made his first contact with the music business back when he was 18 years old and playing the drums in a band with his friends in Hamburg. As tasks needed to be divided within the band, the drummer was assigned to book the shows.

Despite playing a few festivals and believing [they were on the verge of] a glorious breakthrough, reality kicked in when his voluntary year at the local library came to an end and his family started asking about future plans. Luckily Google was there to help. After typing in “concerts+hamburg+apprenticeship,” Karsten Jahnke Konzertdirektion (KJ) showed up as the first result.

After 2.5 years at KJ, the apprenticeship was completed and he started working as a full-time promoter. In that time, he worked with artists such as Peter Gabriel, The Cure, and Sean Paul alongside his boss Ben Mitha. Along the way he started building his own roster, which includes artists such as Sticky Fingers, Men I Trust, and Hinds, and took over the curation for the boutique Way Back When Festival. Shortly before the pandemic hit he began to study business psychology on the side. In 2022, having reached his ten-year anniversary at KJ, he was promoted and now also manages the company’s HR activities.

You started booking shows when you were a drumming librarian. How did you learn to do that, and who did you turn to for advice?
Actually, it was a means to an end. Our singer was already located in Hamburg, so the voluntary year at the library was my ticket to move to the city. Getting a gig for our band itself was a lot of trial and error. The Internet was the place we turned to for advice as we didn’t know any people from the music business. From creating an alias “manager” to contacting all the [email protected], I think I went through the same struggles and [made the same] mistakes a lot of up-and-coming artists still have to deal with today. It definitely made me realise that landing a show for a newcomer act requires a lot of persistence and persuading.

What did being an apprentice at KJ involve? Did you spend time in every department at the company?
It started off with going on tour with Sean Paul. Mostly because my boss didn’t have a driving licence and needed a chauffeur. I guess life’s not easy as an apprentice. But actually, I’ve enjoyed the 2.5 years of getting to know the company a lot. I was able to work in our touring, PR/marketing and local department. Of course, every department has grown and further developed in the past years, but I still find it very helpful today to know how the departments operate. The vocational school also offered a one-month internship in London. Thankfully, Isla Angus took me in at Nomanis agency back in the day. I was able to go to a lot of gigs, take part in meetings with festival bookers, and get a little glimpse of the agent world. Also, I had to set up several IKEA shelves, but I guess life’s not much easier as an intern either.

“It started off with going on tour with Sean Paul”

You’ve now been at the company for ten years. What has been your biggest highlight so far?
There were many highlights, of course, but one thing that left a big impression was Karsten’s 80th birthday party. To see international superstars like Peter Gabriel, Herbie Hancock, and Gregory Porter sending very personal congrats videos or even performing at the event in Hamburg in person, showed me that an honest and loyal business relation can turn into a respectful friendship between artist and promoter.

Who would be your ideal three headline acts for Way Back When Festival?
Does it need to be realistic? Harry Styles? I guess ideal headline acts would be something like Girl in Red, Idles, and King Krule. I could very well live with that.

You’ve been studying business psychology. How has this helped your everyday work life or is it more about being able to be a better negotiator for deals?
I think many business decisions and issues have a strong psychological level. It really helped to learn about different scientific models and approaches. What I’ve found most interesting were the questions about how to create a motivating work environment or how to enable people to reach their full potential. So I hope that my work as a promoter, as well as my additional new tasks in the fields of HR, can benefit from that knowledge.

As a new boss, what one thing would you change to make the live entertainment industry a better place?
I’d love to see more young professionals in responsible positions earlier on. The live market is in a constant transition and artists these days break in various bubbles. Only five-ten years in age can make a big difference. From K-Pop to artists going viral through Netflix series or TikTok, it becomes increasingly important to listen to younger colleagues who can anticipate much more precisely which artists are the next big thing.

You’ve just taken on the role as head of people and culture at the company. What would you like to see yourself doing in five years?
Celebrating my 15th company anniversary, hopefully… But more importantly I’d love to see KJ establish its status as the biggest independent promoter in Germany whilst also being an exciting and productive place to work. If I can help to shape that future as a part of the team, I’d be in a very happy place.

Having a good bond with agents and artist managers is crucial. How did you maintain contact with people during the pandemic, and do you feel that the working relationship between agents and promoters has changed over the past couple of years?
I’ve really missed seeing everyone at the annual conferences during the Covid pandemic, so it was a relief when restrictions were finally lifted. During that time, I had many calls with agents and managers. For me, it felt like these were on a more personal level than before by sharing common experiences and worries. Today the business seems to be running faster than ever: more shows, additional issues, etc. So, unfortunately, we tend to stick to old working routines instead of implementing new ones, but I’m sure this will change slowly but steadily.