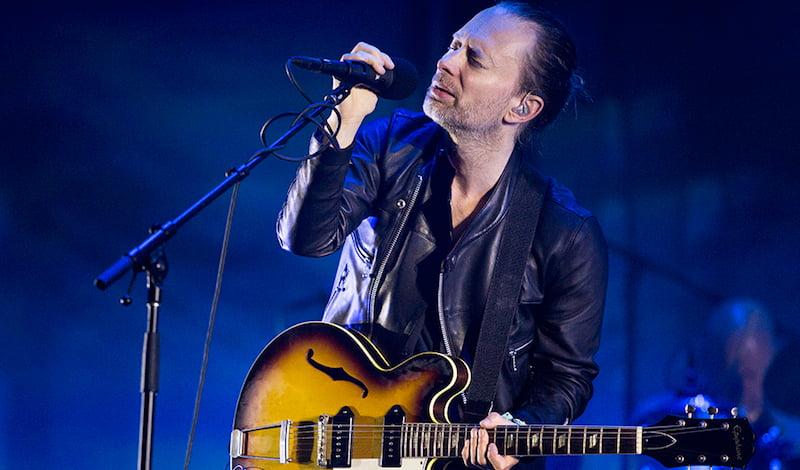 The scam email appears to be sent from Myatt’s correct email address but the sender asks recipients to reply to a bogus email address – [email protected] – that does not belong to him.

The email, titled RADIOHEAD – World Tour – North America 2023, reads: “RADIOHEAD are going to tour North America in 2023. Tour Period – July 15th, 2023 – November 30th, 2023. Due to a high volume of shows already on the books, a few time periods are available for bookings. Please contact us for more details and avails!”

A representative from 13 Artists told IQ they became aware of the issue on 2 November when Myatt began receiving bouncebacks from the phishing emails.

A number of promoters also got in touch with the Brighton-based booking agency after they received the phoney offer.

13 Artists was the subject of a similar scam in 2019, which saw a promoter send money for what they thought was a legit booking with the company.

If you become aware of a scam email or scheme, please get in touch and IQ will help raise awareness to the broader live music business.

Such scams had become relatively commonplace prior to the pandemic, with fraudsters posing as the representatives of major artists, including Adele, Ariana Grande, System of a Down, Beyoncé, Mark Knopfler and Eminem, emailing concert promoters and asking for deposits in exchange for non-existent live dates.

The sharp increase previously led the UK’s Entertainment Agents’ Association to issue a checklist, urging promoters to adopt the following steps if unsure of an agent’s identity:

1. Check the email address is correct – in particular the email domain – and if in any doubt call the agency to confirm it. Do not use the telephone number on the email
2. Check the artist’s website for any conflicting touring plans
3. Make sure you have full contact details of the agent with which you are working and speak to them on the phone at least once
4. Before sending a deposit, call the agency to confirm the booking and check their account details
5. Check with promoters in other markets to verify the artist is touring in that region at that time
6. If an offer is accepted and seems too good to be true, it probably is

Last year, a woman admitted scamming a charity out of $100,000 by posing as a booking agent for artists including Bruno Mars, Justin Timberlake, Drake and Ed Sheeran. Atlanta, Georgia-based Carissa Scott pleaded guilty to one count of fraud following a hearing in a New York federal court.

Under the name Canvas Media Group, Scott and a fellow defendant were charged with conspiring to defraud investors in events including a December 2019 benefit concert for the Sandy Hook Promise Foundation, set up by relatives of victims of the 2012 Sandy Hook Elementary School shooting.

Prosecutors said Canvas Media “falsely represented that they could book top-tier musical acts to perform at the concert”, and sent organisers a contract asking for $500,000 for his performance and a $275,000 deposit. One investor in the benefit show subsequently sent a $100,000 partial deposit to the scammers.

If you become aware of a scam email or scheme, please get in touch and IQ will help raise awareness to the broader live music business.