Moving on to pastures new

As he prepares to depart the AIF after nine years, CEO Paul Reed reflects on the biggest issues facing the sector moving forward 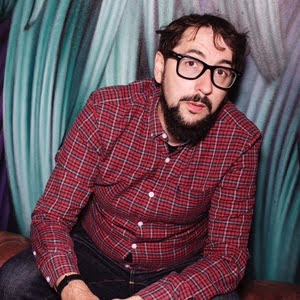 The 2022 season has been the definition of a mixed bag. Some of the festivals that had established brands and loyal audiences over the years did well in terms of ticket sales, and the majority of cancellations were newer shows in their first year or thereabouts. But it was always going to be a strange, transitional summer overall.

All the challenges we warned about earlier in the year were exacerbated by costs going up 25-35% across the board. The supply chain issues relented a little towards the end of the season, but that was mainly due to shows being cancelled and inventory and infrastructure then being released back into the market.

Markets tend to correct themselves, so we’re looking towards 2023 with that in mind, but a lot of people are grappling with pricing. Many festivals are already flexible with pricing plans, and I think you’ll see a lot more of that.

You’d like to educate audiences about costs but it’s difficult to do that in a way that isn’t tone deaf in the middle of this cost-of-living crisis. I wouldn’t expect your average attendee to understand the nuances of the festival financial model and how precarious it is, but the margins are very low – 10% or less. Are the cost increases going to relent? The fact is that we don’t know because that’s influenced by the wider economy and factors that are not only national but global.

Staffing has been a huge issue – not just making up the numbers but getting in experienced staff. That was a common theme across the season, and it’s not that surprising when you look at the number of people moving out of the industry during Covid. From what I gather, people have been facing very similar challenges across other parts of Europe.

Then there are Brexit-related talent issues. We run a member helpline with T&S Immigration, and where artists required work visas as a visa national, the system was frankly a complete mess this year – serious delays, seemingly selective processing, prioritising tourist over work visas. It resulted in numerous artists and crew needing to cancel shows. Government has ignored repeated calls to simplify the various systems over the years, none of which are truly fit for purpose for UK festivals. There seems to be no appetite to address this.

The AIF, as an organisation, is in good shape with a growing membership. We’ve fought some significant battles and campaigns and, importantly, the collective voice of the independent sector is heard just as much as any other across the live music industry – and that voice has grown. We’ve had some impact over the years and represented members effectively throughout the worst possible circumstances.

Some of the challenges that we face are cyclical, but I believe we are focused on all the right things. If I think of the pillars of AIF at the minute, then it’s climate action and sustainability; it’s audience welfare, such as our Safer Spaces campaign; and it’s diversity, both across the organisation and the membership and workforce. Whoever comes in after me will certainly have to pick up those three key strands.

The sector is under a lot of pressure – government needs to act on pre-profit taxation and urgently reduce VAT on tickets to 5%, and also assure us that festivals will be classed as vulnerable and eligible for support on the energy crisis beyond March 2023.

Everyone’s looking forward to having a clean slate next year in the respect of not having to deal with rollovers from the pandemic, and there is some optimism around that. The sector is hugely resilient, having got through two years of complete or partial shutdown, and it’s resourceful and innovative, so I’m not concerned about its longer-term health.

We were always going to have some challenging years coming out of Covid, and there are factors that you couldn’t have predicted, such as the war in Ukraine. But the fact that so much of the market is still around and looking to 2023 is testament to that resilience.