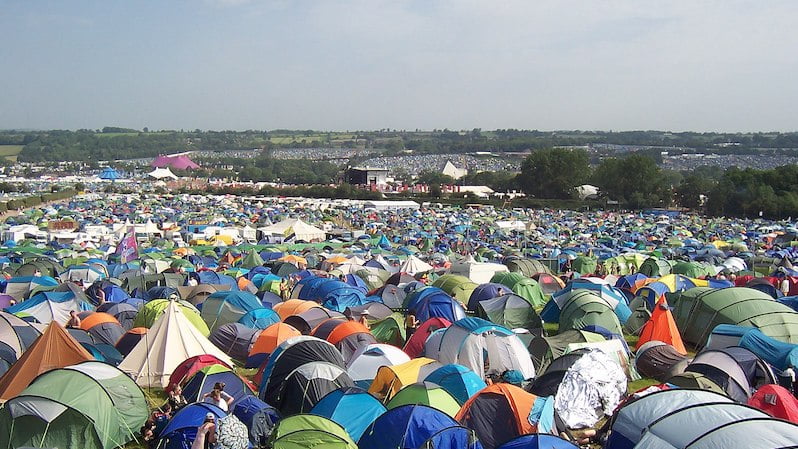 The UK’s Glastonbury festival has been told to improve crowd control following concerns of overcrowding at this year’s event.

ITV reports that festival-goers complained of crowds being “unsafe” while some residents said the noise was the worst they’d ever experienced.

Mendip District Council, which is responsible for granting the licence for the 210,000-cap festival, discussed complaints from local residents and attendees at a scrutiny board meeting earlier this week. It described the 2022 edition – which welcomed an additional 7,000 ticket-holders – as “well planned and managed” but advised that “improvements are necessary”.

The authority has made a series of recommendations for the 2023 edition, calling on the festival to assess whether security can be improved and whether crowd densities could be better distributed across the site.

“There appeared to be an issue with security not being able to prevent people from entering areas which had become crowded,” says a council report. “This may be due to lack of experience of working at large scale events.”

Officers are also urging organisers to “revise the risk assessment to consider the potential pull of the artist, the size of the stage/arena and the demographic of the attendees”.

“There were a number of artists that appeared to be more popular than was expected, drawing large numbers to venues which were not the principal stages”

“There were a number of artists that appeared to be more popular than was expected, drawing large numbers to venues which were not the principal stages,” they add.

The council concluded that more work was needed to “address excessive loudness and low-frequency noise” through monitoring and time restrictions. Glastonbury organisers are set to respond to the observations in writing in the next couple of months.

No acts have yet been announced for Glastonbury 2023, which is scheduled for 21-25 June. Billie Eilish, Paul McCartney and Kendrick Lamar headlined its 2022 edition.

“We have tried very hard to minimise the increase in price on the ticket but we’re facing enormous rises in the costs of running this vast show, whilst still recovering from the huge financial impact of two years without a festival because of Covid,” tweeted co-organiser Emily Eavis.