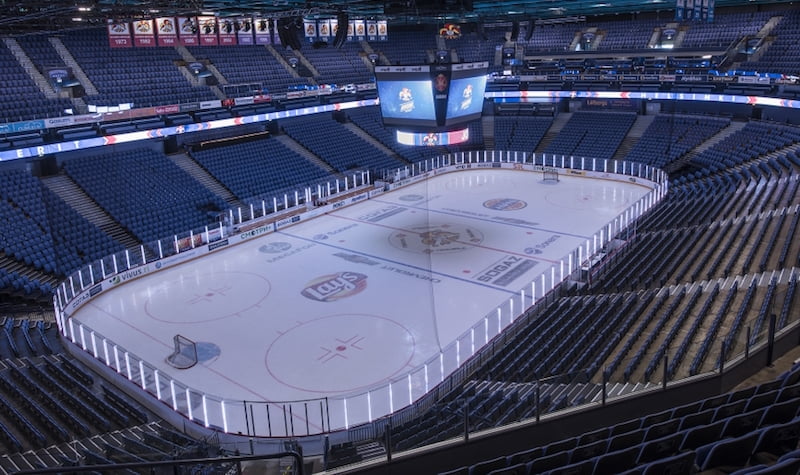 Hopes have been raised that Finland’s largest arena will be sold “very soon” after being left in limbo since Russia’s invasion of Ukraine.

The former Hartwall Arena in Helsinki is owned by Arena Events but has laid empty since two of the company’s co-founders, oligarchs Gennady Timchenko and Boris Rotenberg, were added to the UK’s sanctions list shortly after the war began in February.

Beverage giant Hartwall ended its 25-year association with the building – since renamed Helsinki Halli – due to its Russian ownership, while scheduled shows by acts such as Kiss, The Cure, Eric Clapton and Queen + Adam Lambert were relocated.

However, according to Helsingin Sanomat, investors were informed during the company’s general meeting that the venue was now officially on the market, with the sale of the Russian businessmen’s shares progressing “reasonably”.

Reporting on the meeting, IS states there was a “strong impression” the arena would be sold “very soon”, although no prospective buyers were named. The publication has previously listed live entertainment giants ASM Global and CTS Eventim, as well as Finnish billionaire Mika Anttonen, owner of energy company St1, as interested parties.

Rotenberg and Timchenko reportedly own a combined 44% of the 15,500-cap arena’s holding company, Helsinki Halli Oy, but their combined voting power in the firm accounts for 93.9%.

The report notes that, due to the sanctions, money from any sale cannot be paid directly to Timchenko and Rotenburg, with experts suggesting the proceeds be placed in a frozen account and not released until after the end of the war. Helsinki mayor Juhana Vartiainen previously told HS that the completion of any deal would require permission from the ministry of foreign affairs.

Arena Events says it will be making no comment during the transaction process.