Promoted by Robomagic and Coko Bar, the show will see the Nigerian-born star become the first African artist to headline a UK stadium 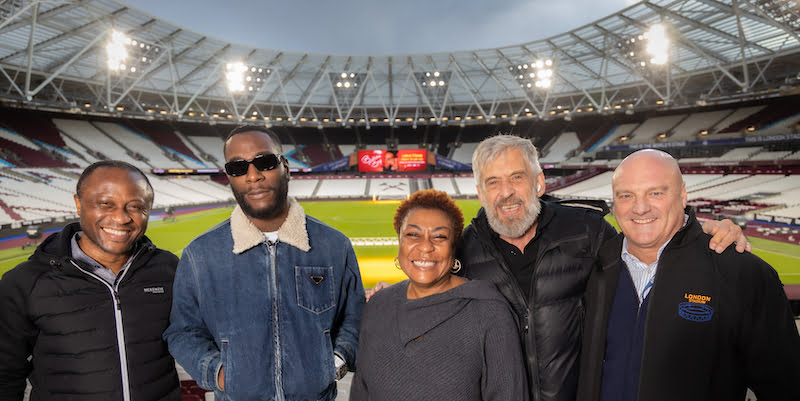 Burna Boy is set to become the first ever African artist to headline a UK stadium.

Promoters Robomagic Live and Coko Bar have announced details of the Afro-fusion star’s Love, Damini Stadium concert, which will take place at the 60,000-cap London Stadium on Saturday 3 June 2023.

The Grammy Award-winning 31-year-old already made history this past April by becoming the first Nigerian act to headline the 20,000-cap Madison Square Garden in New York.

“Together with our partners at Cokobar we are proud to bring the spectacle that is a Burna Boy show, to London Stadium for the very first time,” says a joint statement from Robomagic chief Rob Hallett and Ropo Akin, CEO of Coko Bar, which specialises in promoting African artists throughout Europe.

“Here at London Stadium we are always looking to break new ground with our live events, so we are honoured to host the debut UK stadium show for Burna Boy,” adds Graham Gilmore, CEO of London Stadium. “It will be a landmark first for him or any solo African artist here in the UK, so it promises to be a special night at the stadium next June.”