AIF’s Paul Reed on what’s next for indie festivals

Ahead of his switch to the Musicians' Union, the outgoing Association of Independent Festivals CEO reflects on the fortunes of the sector 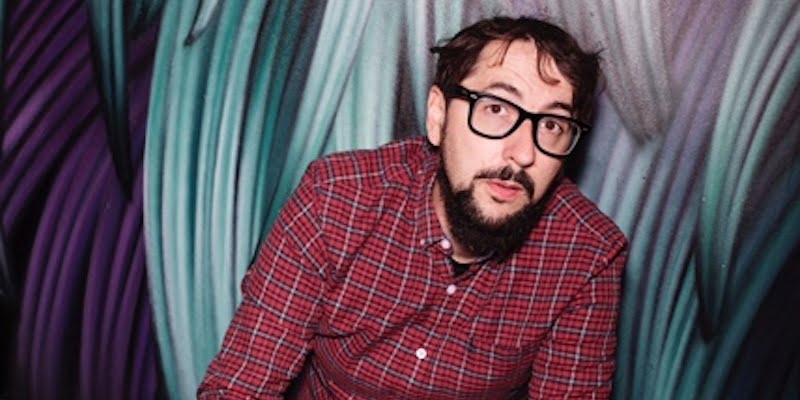 Outgoing Association of Independent Festivals (AIF) chief Paul Reed has praised the “diverse, vibrant” sector but warns it still faces a “myriad of challenges” as he prepares to depart the trade body.

Reed, who exits the UK organisation this week after a fruitful nine-year stint, is set to join the Musicians’ Union (MU) as North of England regional organiser.

“I have long admired the Union’s vital work and it is crucial that musicians are supported and represented. Their work underpins our entire industry,” he says. “On a personal level, it is fantastic to be working for an organisation that my grandfather, a trumpet player, was a member of for most of his life.

“I look forward to working alongside the team to advance and protect the interests of MU members across the North of England, returning to the region that I started my career in as a live music promoter. I can’t wait to get started.”

Sŵn Festival co-founder and former Welsh Music Foundation chief John Rostron has already been named as Reed’s successor at the AIF. He officially begins his tenure on 18 November. Rostron is a former AIF member and vice-chair and also founded the Association of Independent Promoters (AIP).

“Despite the short term challenges, I’m not worried about the long term health of the sector”

“I’m delighted that John has accepted the job,” Reed tells IQ. “We had just under 40 applications and interviewed seven people. It was a very rigorous interview process, including asking each candidate to set out their vision for their first six months to a year in the job, and John certainly made a big impression.

“He’s a former member and vice-chair of the organisation and has been a promoter, and he was actually inspired by the AIF to set up AIP, which was very much influenced by our model, so he has experience of setting up a trade association successfully. We had some very strong candidates, but we ultimately felt that John had the edge.”

Turning his attention to the independent festival scene as a whole, Reed suggests the market is still “very much in recovery phase” following the lost years of the pandemic.

“It’s still facing a myriad of challenges,” says Reed. “People are grappling with pricing – what is the appropriate price point in the economic context? But on the more positive side, it’s a very diverse, vibrant sector that is about risk taking and I feel that is an important part of the cultural fabric of this country. They take those risks, put on those shows and enable audiences to enjoy them, and I think that will remain important.

“Despite the short term challenges, I’m not worried about the long term health of the sector. To summarise, people need these events and they need a trade association that represents them as well.”

The organisation has seen its membership grow more than 137% (from 40 to 95) under Reed’s leadership, with AIF now representing just under half of all UK festivals that are 5,000+ capacity.

“I know how difficult it is for festival organisers right now with cost increases, the supply chain and the impact of the cost of living crisis,” he says. “But AIF won’t be here for the next crisis if it isn’t invested in during times of less extreme turbulence. So I’m grateful to all the members that have continued to see value and supported us.”

AIF has won a number of other key battles for independent festivals with Reed at the helm, including convincing the Home Office to not undertake a detrimental review of Special Police Services charges for events; achieving a reduction in the PRS rate for festivals following an industry-wide, three-year negotiation; and triggering parliamentary debates on business rates for festival and event sites.

During the Covid-19 pandemic, meanwhile, AIF successfully lobbied government for festival inclusion in the Culture Recovery Fund, and supported each member festival application – 70% of which were successful, unlocking over £11m in survival funds for festival promoters.

AIF also financially supported the recent launch of a Green Events Code, developed by industry steering group Vision:2025, which is intended to provide clear standards and shared targets for sustainability that are understood and adopted by all stakeholders across the outdoor festival and events industry, including net zero.

And reflecting on his legacy at the association, Reed adds: “I saw an opportunity to turn it into an organisation that had sharper teeth. I thought there were a number of issues that we could have a real impact on in terms of campaigns and I think the focus is where it needs to be.

“I feel that I’m leaving an AIF that is listened to, because it’s trusted and credible. We’re open and pragmatic, but we’re absolutely dogged in the pursuit of advancing and protecting our members. So I think it’s in pretty good shape and it’s in incredibly good hands as we look towards the next phase.”