"We stand for a wide diversity of voices and ideas. But we can’t support hate speech, bigotry or anti-semitism," wrote Jeremy Zimmer 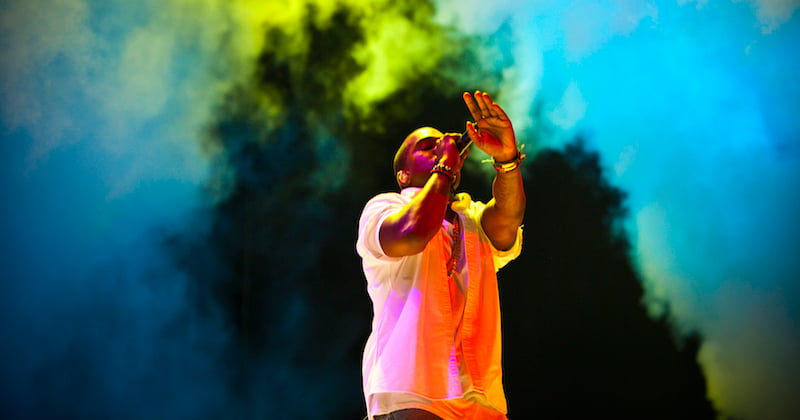 UTA CEO and co-founder Jeremy Zimmer has issued a company-wide memo asking agents to “support the boycott of Kanye West,” according to Variety.

The 23 October memo, titled Rise of Anti-Semitism and Hate, follows an antisemitic rally in Los Angeles on the weekend, sparked by the rapper.

“As a company, we stand for a wide diversity of voices and ideas; But we can’t support hate speech, bigotry or anti-semitism,” Zimmer wrote. “Please support the boycott of Kanye West. Powerful voices spewing hatred have frequently driven people to do hateful things.”

On Saturday (22 October), Antisemites took to a Los Angeles freeway overpass to express their support of the rapper, who posted anti-Jewish slurs on social media. Also on Sunday, fliers were reportedly distributed around Brentwood identifying entertainment executives as “Jewish”.

“I’m saddened to write that once again we’re seeing a surge in anti-Semitism in our communities, fueled by Kanye’s comments and a resulting in an incident in Los Angeles yesterday where hateful banners were placed over the 405 freeway,” wrote Zimmer.

“Regrettably, anti-Semitism, racism and many forms of hate and intolerance are part of the fabric of society. Generally, they live as a plague eroding the health of communities and are combatted by understanding, tolerance and the general goodness of most people.

“But throughout history some have used their public platform to spew the plague out loud and spread the contagion to dangerous effect. Kanye is the latest to do so, and we’re seeing how his words embolden others to amplify their vile beliefs. I’ve also seen copies of horribly anti-Semitic flyers left this weekend on the doorsteps of homes in LA neighborhoods, showing that the 405 banners are not the end of it.

“Equally worrying is what is happening on college campuses, where concern and debate about Zionism becomes veiled anti-Semitism. Wellesley College recently has been at the epicenter of this dilemma. The Wellesley newspaper recently supported a mapping project showing the nearby Jewish owned businesses, and suggesting that they be boycotted. The assumption being that because they are owned by Jews, they must be anti-Palestine. This is the kind of dangerous thinking that can lead to inflaming anti-Semitism and hate, and there have been examples of it at other schools.

“Whether it’s signs on the 405 in Los Angeles, flyers on doorsteps, mapping Jewish businesses in Boston, or marching with hoods and crosses, all of these behaviors ignite the embers of bigotry, and they must not be tolerated.

“As a company we stand for a wide diversity of voices and ideas. But we can’t support hate speech, bigotry or anti-semitism. Please support the boycott of Kanye West. Powerful voices spewing hatred have frequently driven people to do hateful things. Let’s not be lulled into thinking this time it’s different,” he concludes.

Elsewhere, Ari Emanuel, CEO of WME parent company Endeavor, recently penned an op-ed for the Financial Times calling on West’s business partners – such as Apple, Spotify, Adidas and his touring partners – to stop working with him.

“West is not just any person — he is a pop culture icon with millions of fans around the world,” Emanuel wrote. “And among them are young people whose views are still being formed. This is why it is necessary for all of us to speak out. Hatred and anti-Semitism should have no place in our society, no matter how much money is at stake.”

“Those who continue to do business with West are giving his misguided hate an audience,” Emanuel added. “There should be no tolerance anywhere for West’s anti-Semitism. This is a moment in history where the stakes are high and being open about our values, and living them, is essential. Silence and inaction are not an option.”