The Kilimanjaro Live promoter tells IQ about smash shows by Ed Sheeran, Sam Fender and Phoebe Bridgers in the midst of a "rollercoaster" year 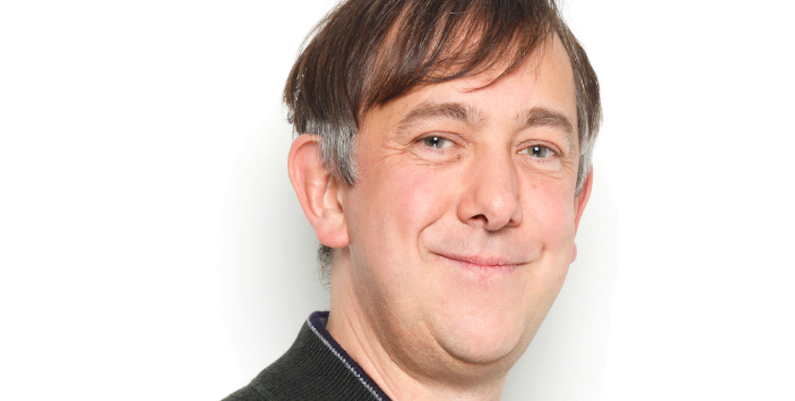 Kilimanjaro Live’s Steve Tilley has told IQ he hopes the live business returns to something approaching normality next year following a “rollercoaster” 2022.

Tilley’s run of successes have also included four sellout nights with Phoebe Bridgers at O2 Academy Brixton, and he already has two hometown stadium shows by Sam Fender at Newcastle’s St James’ Park to look forward to in 2023. But the Arthur Award-winning promoter says the post-pandemic market is proving increasingly unpredictable.

“The calls we made on Sam Fender and on Phoebe were obviously spot on, but a lot of that is just a combination of management, agent and promoter reading the room, and understanding what’s going on right now and who’s connecting in a big way,” Tilley tells IQ. “But equally, there have been some things that haven’t performed. I don’t want to name names, but there are a few things have taken us a little bit by surprise, so it’s very unpredictable.

“Breaking bands is always difficult, but there’s some stuff in the middle that is established but just hasn’t quite hit the sales levels you would have expected based on previous shows. The answer for that, in my opinion, is two things: there’s just too much stuff on generally this year so people are going to have to make choices based on what they’ve seen and what they’ve not seen already. And then if you had tickets in hand from the last two years, you may have been going out to see the things you’d got rescheduled tickets for, rather than buying a ticket for something else.

“Ever since Freedom Day last year, it’s been a bit of a rollercoaster. Looking forward to ’23, I’m hoping that we’ll see a little bit more of a stabilisation and a return to a more regular cycle of gigs.”

“I don’t think it’s possible as a promoter to say you’re confident of anything, especially in post-Covid times”

Fender, who is booked by CAA’s Paul Wilson, will become the first Geordie artist to headline St James’ Park next June, following in the footsteps of the likes of Bruce Springsteen, Bob Dylan, The Rolling Stones and Sheeran in starring at the 55,000-cap stadium.

“I don’t think it’s possible as a promoter to say you’re confident of anything, especially in post-Covid times, but you look at the metrics and have a gut feeling,” notes Tilley. “The best phrase I can come up with is you hope for the best and plan for the worst and I apply that logic to virtually everything I do.

“If we’d have only sold out one night, it wouldn’t have been a problem, that would still have been amazing, but it went like nobody’s business. In fact, the demand for the second show didn’t appear to slow down at all from the first show, so it’s a strength of just how big Sam Fender is right now.”

For Newcastle-born Tilley, who first worked with Fender in 2014 and took over as his North East promoter last year, the shows have added personal significance.

“Because my Geordie accent is virtually non existent, not a lot of people realise I was born and raised in the North East and left when I was 18,” he laughs. “And I’m a lifelong Newcastle United supporter, so to get to put Sam on at St James’ Park – to use a football analogy – is Roy Of The Rovers stuff for me.”

“We had a feeling that she’d got extremely big during the pandemic, but because she hadn’t done a London show for so long it involved educated guesses about where are we at,” explains Tilley. “Josh Javor from X-ray Touring and I agreed that it was definitely a Brixton and we wanted to hold the option on a second night.

“As we were setting it up, Brixton said, ‘You know you can hold an option on a third if you like?’ So we said, ‘Go on then, hold it, just in case.’ And then we went on sale and sold out the three effortlessly. I then got a call off Brixton going, ‘Are you aware the Friday’s free?’ So quick phone call to Josh and the next thing you knew we were setting up a fourth show. We put it on sale and it sold out in an hour.”

“The shows were spectacular and the ticket sales were off the charts,” says Tilley. “The gigs were in the round, so the capacities were much bigger than any end-on configuration, which allowed us to sell more tickets and get more people in to see Ed live. I don’t think there was a bad seat in the house; it was triumphant on every level.”

“We got in just before the change in the VAT rate from 5% to 12.5%,” remembers Tilley. “There was uncertainty, yes, but there was also confidence in the levels of business we could achieve by the summer of ’22 – whatever the autumn of ’21 threw at us. We did a Saturday onsale again and it again proved to be very, very successful. We were rolling into multiple nights everywhere.”

London-based Kili has a busy and varied slate of concerts coming up by acts such as Don Broco, Cat Burns, The Snuts, Hans Zimmer, Sea Girls and Stromae, who headlines the 12,500-cap OVO Arena Wembley in London next May.

“It’s an extremely competitive market to operate in and it doesn’t get any easier,” adds Tilley. “But we just maintain our focus on trying to be the best at what we do and give our artists a really good service. We know we’re not going to win everything, but we try and do a great job on stuff that we have got and I’m proud of the team that Stuart [Galbraith, CEO] and I have working with us. The one thing I can say about this place is that everyone who works here really gives a shit.”