Live Nation has detailed a brand-new alternative music festival based in the US, called Adjacent.

The all-ages festival will be held on the beach in Atlantic City, New Jersey, adjacent to the boardwalk.

Turnstile, Japanese Breakfast, Coheed & Cambria, Bleachers, Jimmy Eat World, The Front Bottoms, IDLES and Andrew McMahon in the Wilderness are among the 40 bands that will perform across three stages.

Turnstile, Japanese Breakfast, Coheed & Cambria are among the 40 bands that will perform across three stages

The announcement comes after Blink-182 announced a global tour, which will see all three founding members reunite for the first time in 10 years.

The outing includes a 2023 headline slot at Live Nation’s other new alternative music festival, When We Were Young.

See the full poster for Adjacent festival below. 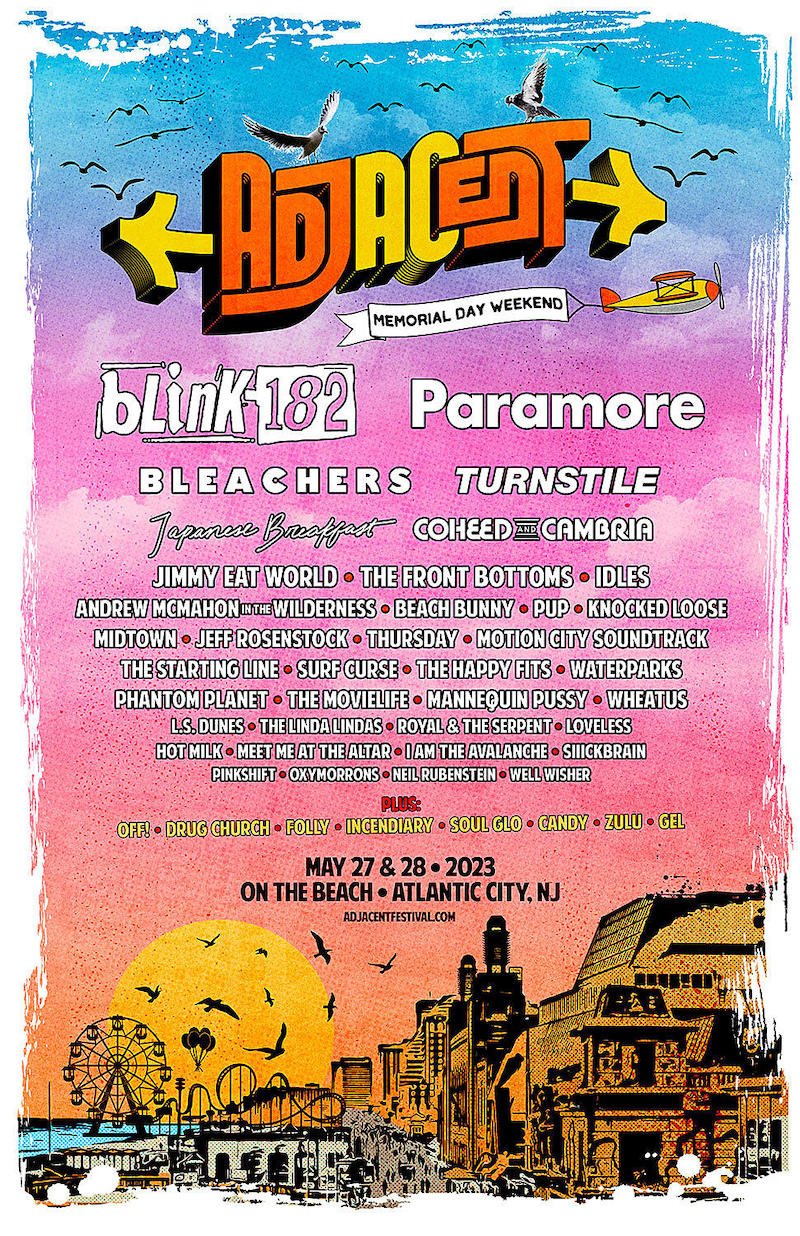