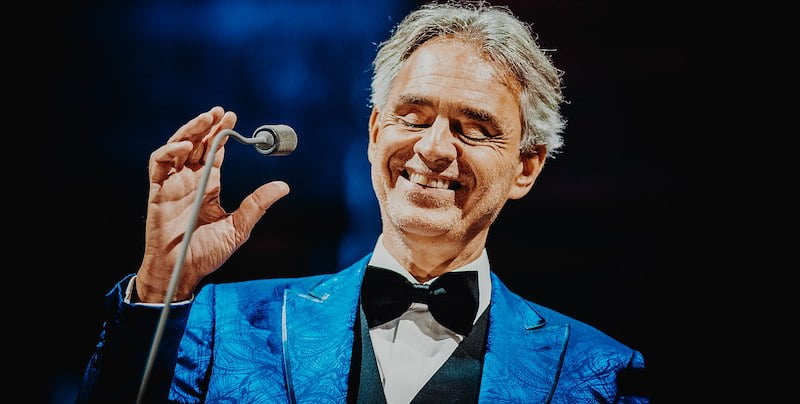 Italian tenor Andrea Bocelli is suing an air charter company for breach of contract over the plane it provided for part of his 2021 North American tour.

According to AP, the 64-year-old says New Hampshire-based Private Jet Services gave him an older, noisier airplane than agreed upon.

He adds he was warned by flight crew to expect turbulence during the flight from Santa Ana, California to Cleveland, Ohio late last year, despite specifically requesting there be no mention of adverse weather due to it causing him anxiety, “because of his blindness but also because of his musical training and chosen profession”.

“He is also not a very keen flyer, as he has fear of flying and can feel anxiety related to safety issues during air travel”

“He is also not a very keen flyer, as he has fear of flying and can feel anxiety related to safety issues during air travel,” adds the lawsuit filed in the federal court by attorney Michele Kenney. “In particular, he is sensitive to the elevated noise that an older airplane tends to make in flight, with such elevated noise causing him more anxiety.”

Bocelli’s demands included that the plane not be more than four years old “to provide a higher standard” of safety.

As reported by Seacoast Online, the suit alleges that when Bocelli’s representatives complained, Private Jet Services “cancelled flights in the midst of Mr Bocelli’s tightly-scheduled concert tour, forcing him to scramble to secure jet replacement”.

Bocelli is asking for treble damages of the refund of the $569,800 he paid for 15 flights, the amount he paid for alternative flight arrangements, lawyers fees and damages.

Private Jet Services has not commented on the allegations.