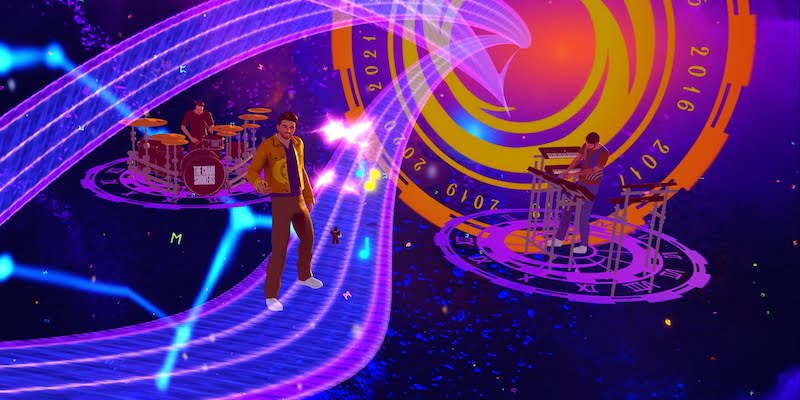 The Chainsmokers are hosting an exclusive virtual concert to celebrate the launch of persistent metaverse world Festival Tycoon on online gaming platform Roblox.

The fully motion-captured performance will start on Friday 9 September at 4pm PT, and will be repeated every hour on the hour throughout the weekend, up to the last showing at 11pm ET on Sunday.

The US duo – Drew Taggart and Alex Pall – are set to perform a five-song set with hits from their So Far So Good album, with each song “transporting fans within its own interactive environment”.

Described as “the first persistent, 24/7, 365 days a year, progression-based artist experience on Roblox”, Festival Tycoon will invite fans to learn the intricacies that go into a festival by unlocking items such as stage design, lighting, lounges, pyrotechnics, merch booths, and music, to build their own stages, campsites, VIP areas, amusement park rides and helipads. Users can also perform on stage virtually alongside The Chainsmokers and other music acts.

The experience has been created by one of the leading Roblox developers, Gamefam, alongside the tentpole concert event, marking the first time a concert experience will extend beyond the concert itself and be used to support a persistent Roblox music world.

“Delivering an authentic experience to both a Chainsmokers fan and an avid Roblox user is what Gamefam does best,” says Gamefam CEO Joe Ferencz. “In partnership with the Chainsmokers and our team of citizen creators we developed both a concert and a game that allows users to not only watch the concert but create their own music festival. The result is a first-of-its-kind experience that can reach a massive audience around the world.”

Roblox has also made a wave of recent hires, including former executives from Spotify and Meta, in a bid to “push the boundaries of creativity.”

Meanwhile, earlier this summer, it was revealed The Chainsmokers are set to become the first music act to perform at the edge of space after signing up for one of space tourism company World View’s inaugural flights, planned for 2024.