Festival director Artur Peixoto reflects on the inaugural edition of the 40,000-cap Lisbon event, headlined by acts such as Artic Monkeys 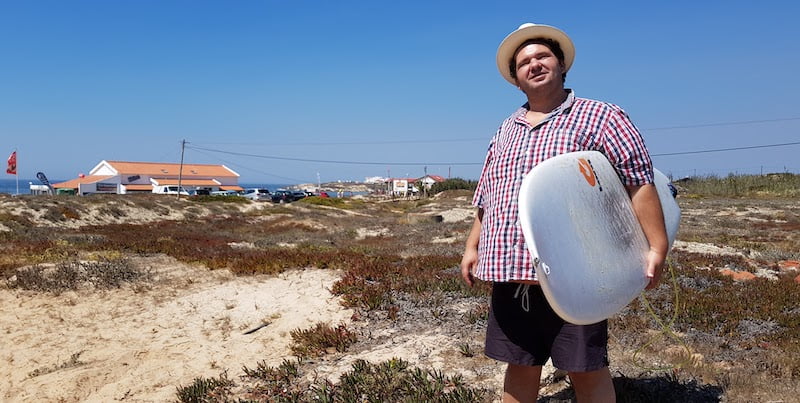 The director of Portugal’s newest festival has spoken to IQ about the event’s successful launch.

Staged by promoter House of Fun and Last Tour – the cultural company behind events such as Bilbao BBK Live, Azkena Rock Festival, Cala Mijas and BIME Live – the festival premiere was a warmly received affair.

“It was fantastic,” says festival director Artur Peixoto. “We exceeded our initial expectations and, for the first time in Portugal, a festival of this size sold-out weekend passes and daily tickets for one of the days, headlined by Arctic Monkeys.

“In terms of logistics, it was a challenge due to all the limitations that we are still subject to in this new post-pandemic world but we managed to overcome the adversities and deliver an event with above average quality for a first edition.”

Tickets were priced from €61 (for day passes) to €145, and Peixoto believes the timing of the event fills a gap in the calendar.

“My experience working with all the major festivals in Portugal over the last 20 years led me to believe that there was room for the creation of a major music festival towards the end of the summer, taking advantage of the transit of artists in late August and early September in Europe,” he says. “It is a time when people are back in town after the holidays and there is nothing like an event focused on music to promote a reunion.

“Our summer lasts until October and with Portugal being a tourist destination it also makes it very appealing for music lovers from all over the world to visit us. As proof of that, in the first edition, 25% of the tickets were sold internationally in more than 50 countries.”

Aside from the music, there were spaces for reduced mobility, vegan food, free drinking water, non-binary toilets and reusable cups, among other sustainability measures, as part of the festival’s commitment to the Sustainable Development Goals established by the United Nations General Assembly.

“In terms of waste management, we managed to recycle 62% of all the waste collected and the other 38% went towards generating energy,” says Peixoto. “Besides being an Eco Event – a label given by [environmental organisation] Valorsul to the festival – we are an event committed to zero waste being sent to landfill. All the waste had a use ”

“Not everything depends on money: namely, imagination, creativity, the ability to dream, to motivate, team spirit, camaraderie and collaboration”

With MEO Kalorama’s return confirmed for 31 August to 2 September 2023, Peixoto reflects on the lessons learned from its inaugural edition.

“It was challenging to achieve the three goals – music, art and sustainability – within the budget restrictions and few sponsorships of a first edition, but that ended up sharpening the creativity and team work in order to find solutions,” he says. ” These are valuable lessons that show that not everything depends on money: namely, imagination, creativity, the ability to dream, to motivate, team spirit, camaraderie and collaboration. It is a very strong, very good, constructive energy.

“Being able to share a dream that materialised and motivate the team was probably our greatest achievement of this first edition, and sets the standard for the following ones.”