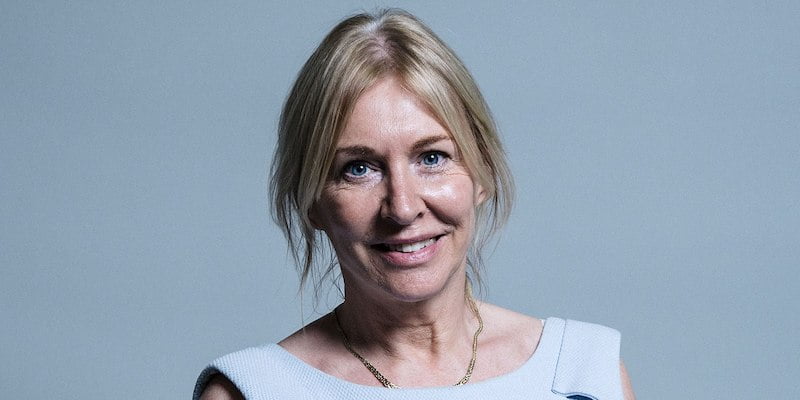 UK culture secretary Nadine Dorries has stepped down ahead of a cabinet reshuffle by new prime minister Liz Truss.

The Conservative MP, who is returning to the backbenches and is tipped to receive a peerage, says in her resignation letter that she was asked to stay on in the role by Truss, but felt she would be “better placed to support her from outside of the cabinet”.

Dorries’ controversial 12-month reign as head of the Department for Digital, Media, Culture and Sport (DCMS) has seen her attack the BBC’s licence fee model as “completely outdated“, led moves to privatise Channel 4 and draw up legislation for the Online Safety Bill.

Music Venue Trust (MVT) CEO Mark Davyd also revealed that Dorries was the first culture secretary to decline a meeting with the organisation since it was founded in 2014.

Her replacement, who is yet to be announced, will become the 11th culture secretary since the Conservatives came to power in 2010.

Truss, meanwhile, begins her term as the fourth Conservative prime minister in six years today after seeing off Rishi Sunak in a leadership contest in the wake of Johnson’s resignation.

“Without urgent action to help music venues, studios and other music businesses, there is a real risk that many will go to the wall”

She has vowed to set out a plan within a week to deal with the UK’s energy crisis, amid a warning from the MVT that the surge in energy bills means that around 30% of the entire network of venues face the threat of permanent closure.

Based on a survey of its 941 venue members, the organisation revealed that venues face an average 316% rise in fuel bills, taking the average cost to £5,179 per month per venue, up from the current average of £1,245.

“Alongside the simply unaffordable increases to costs, the government must urgently address the fact that the market for energy supply has collapsed,” said Music Venue Trust CEO Mark Davyd. “We have multiple examples where venues do not have any option other than to accept whatever price increases and tariffs are proposed by the sole supplier prepared to offer them power at all. The situation has rapidly deteriorated into a monopoly.”

UK Music chief Jamie Njoku-Goodwin is also urging Truss to make tackling the cost of living crisis facing the music industry a key priority, and called on the new PM to repeat the action the government took to help the music and hospitality sector during the pandemic, when the VAT rate was cut from 20% to 5%.

“During the campaign, Liz Truss rightly talked about the need to tackle the crippling cost of living – and she must now deliver on that commitment immediately,” he says. “Without urgent action to help music venues, studios and other music businesses, there is a real risk that many will go to the wall.”

Michael Kill, CEO of the Night-Time Industries Association (NTIA), congratulated Truss on her appointment, adding: “It is now vital that the new prime minister takes this opportunity to be decisive in tackling the cost inflation crisis, over the coming days, by reducing VAT across the board, extending business rates relief and implementing an energy cap for small medium enterprise businesses.”

“Over the coming weeks without an effective intervention from the government, we will see thousands of businesses go to the wall and millions of jobs lost.”