Andion reveals he is already planning a spin-off to the debut Andalucía Music Forum, held in Málaga earlier this month 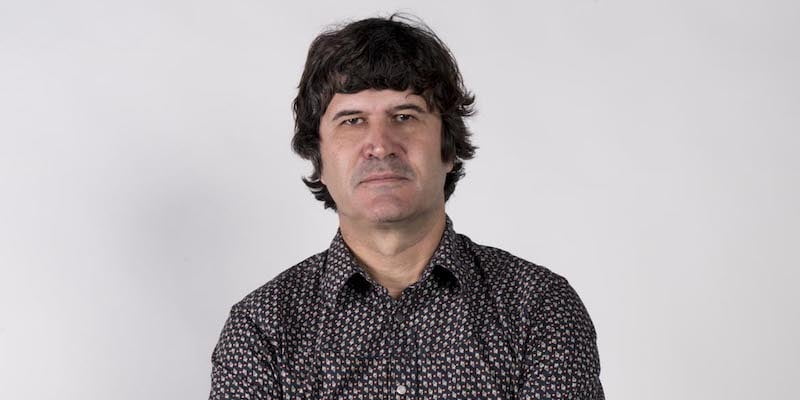 The newest gathering for the international music industry in southern Europe debuted at the Albeniz Cinema in Málaga from 5-7 September, attracting 350 delegates and speakers.

Showcases were limited to acts from guest country Mexico, alongside local Andalucían talent.

“We are all super-happy with how everything turned out – it was exactly what I had in my mind when I was designing it,” says Andion. “The attendance was perfect for deep and friendly networking, as we wanted AMF to be a forum and not a big conference fair.

“The vibe was friendly, professional, easy-going, laid back and fun, and Málaga was the perfect spot as a gateway for Latin America in Europe and vice-versa. It’s very different to most of music conferences and we want to keep it that way in terms of the concept, vibe and style.”

“We organised it all in just a few months and during the summer, which is quite a hard time to work because everyone is either on holidays or working on festivals,” he says. “But we have a great team with pros in Europe like Ruud Berends (Netherlands) and Ignacia Snadoval (Germany), Fabrizio Onetto and Malfi Dorantes from Mexico, and of course Esteban Ruiz and Erica Romero in Andalucía. The Mad Cool team worked really hard to make it happen and I am very thankful to everyone.”

And not only does Andion now have a sequel in the works, he also has his sights set on launching a sister conference in Madrid.

“We are also planning another one in Madrid that will be completely different to AMF,” he reveals.

AMF is part of the Andalucía Big by Mad Cool project, which also included the new 30,000-cap Andalucía Big Festival, held near Sacaba Beach from 8–10 September, with acts such as Muse, Jamiroquai, Years & Years, Glass Animals, Michael Kiwanuka, Wolf Alice, Franz Ferdinand and Aurora. The ministry of tourism reportedly dedicated €4m of its EU funds to the festival in order to bring tourism to the area outside the normal peak season.

“The project is ‘big’, as it is titled, because it has three ‘legs’ as we say in Spanish: the pro forum, the festival and a tour of Andalucían provinces,” explains Andion. “It’s a very ambitious project and has been a total success. Málaga deserved a big festival as it’s one of the coolest and most visited cities in Spain, but also because it’s the cultural and event capital of Andalucía.

“The festival had incredible vibe, I was really impressed with the audience, which was Spanish in majority but with great attendance of Brits.”

Mad Cool Festival and The Spanish Wave are also teaming up to promote Spanish talent at next week’s International Festival Forum (IFF), ILMC’s invitation-only event for music festivals and booking agents. The event will mark the culmination of a nationwide project to find the best emerging acts from Spain.

Three Spanish artists – Hickeys, Irenegarry and Pablo Drexler – were chosen from more than 500 applications and will perform at the Mad Cool Festival & The Spanish Wave Presents showcase at London’s Camden Assembly from 9pm on Wednesday (28 September).

Spain is the guest country for IFF 2022, which takes place in London between 27-29 September.