Adverse weather forced the singer to bring the closing date of her Chromatica Ball world tour in Miami, Florida to an early conclusion 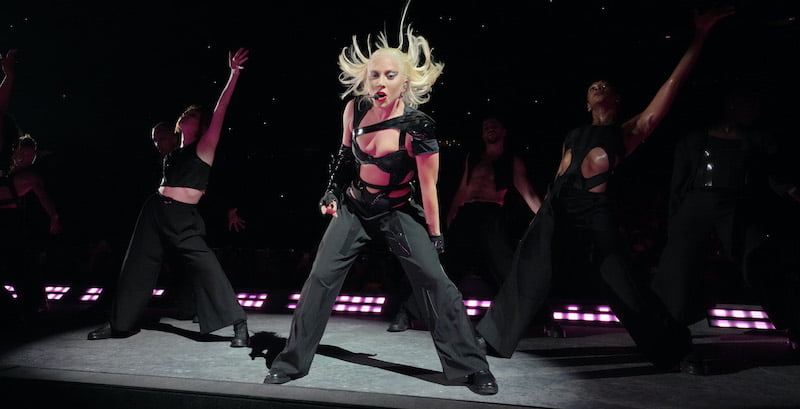 A lightning storm brought an early end to the closing show of Lady Gaga’s The Chromatica Ball world tour.

Gaga was nearing the end of her performance at Miami’s Hard Rock Stadium in Florida on 17 September when the adverse weather forced her to halt proceedings.

The BBC reports the star had about six songs left in her set when she announced the cancellation to the 65,000-strong crowd, saying: “I don’t want to put your life in danger.”

She later told fans on Instagram: “I’m sorry I couldn’t finish the show, it was too dangerous the lightning was being unpredictable and changing moment by moment.

“Thank you for believing in me,” she added. “This was the greatest tour of my life and I will cherish this moment forever – it took a long time for me to heal, but I did.”

“The show is incredible and everyone was blown away”

More than 280,000 tickets were sold for the six-date European leg earlier this summer, which wrapped up in late July with two sold-out shows at Tottenham Hotspur stadium (cap. 62,850) in London.

Solo’s John Giddings, who worked as the European tour coordinator for Live Nation, told IQ at the time: “The show is incredible and everyone was blown away. She’s proved herself to be a world-class superstar and this is her coming of age.

“Selling 280,000 tickets is fantastic. After the pandemic, you’re a) worried about selling tickets and b) worried that the people who have bought tickets either won’t come or will ask for a refund because they’ve got Covid. So it was a fantastic success to have all these people turn up.”