Acts such as Metallica, Maneskin, Mariah Carey, Usher and SZA performed at the festival, held across two stages in New York and Accra 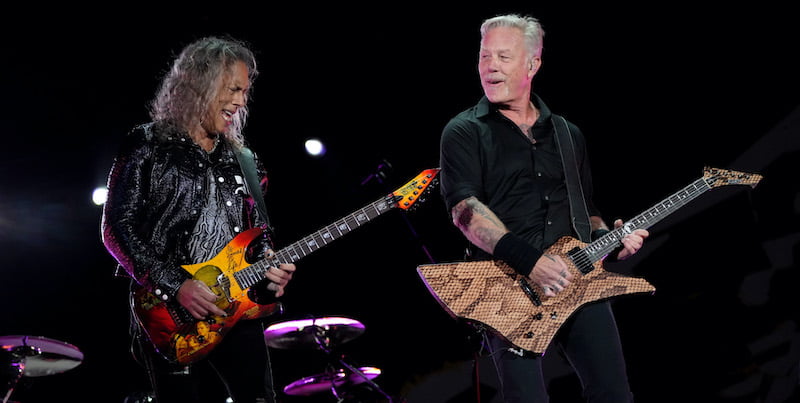 Global Citizen has announced its 10th anniversary Global Citizen Festival campaign has culminated in over $2.4 billion in commitments to end extreme poverty.

The six-week campaign concluded with a nine-hour festival across two stages in New York City’s Central Park in the US and Black Star Square in Accra, Ghana last Saturday (24 September).

“Hope lies in the fact that millions of citizens are rising up to take action, more than any other point in history”

“Amidst all the doomsday messages we hear today, hope lies in the fact that millions of citizens are rising up to take action, more than any other point in history,” says Global Citizen co-founder and CEO Hugh Evans. “Ten years ago, Global Citizen was just an idea – and 10 years from now we’ll see a generation of global citizens running for office, starting companies, and transforming communities.

“Ending extreme poverty is not a partisan issue, and those most in need can not be treated like political pawns. Our job is to not let our leaders forget that. If you are lucky enough to live in a democracy, use your voice!”

On the Global Citizen Festival: Accra stage, the governments of Ghana and South Africa announced the African Prosperity Fund, a joint initiative that aims to deploy $1bn to fund projects for economic inclusion and financial participation across the continent.

At the New York City leg, meanwhile, US members of Congress stood alongside world leaders, philanthropists and trailblazers from the private sector to make announcements. Over a video message, president Macron announced France will reallocate 30% of its special drawing rights to the world’s poorest countries, specifically in Africa, to fight extreme poverty, pandemics, inequalities and climate change.

First held in 2012, the Global Citizen Festival is the world’s longest-running global campaign calling for an end to extreme poverty

The days leading up to festival also saw major commitments from world leaders, including prime minister Trudeau of Canada and president von der Leyen of the European Commission, who respectively committed CAD $1.209bn and €715m at the seventh replenishment of the Global Fund to Fight AIDS, Tuberculosis and Malaria.

First held in 2012, the Global Citizen Festival is the world’s longest-running global campaign calling for an end to extreme poverty. The event was broadcast and streamed on ABC, ABC News Live, FX, Hulu, iHeartRadio, TimesLIVE, Twitter and YouTube, among others.