Small fire breaks out at Panic! At The Disco show

Footage shot by fans shows a blaze in the corner of the stage at St. Paul’s Xcel Energy Center in Minnesota on Wednesday night 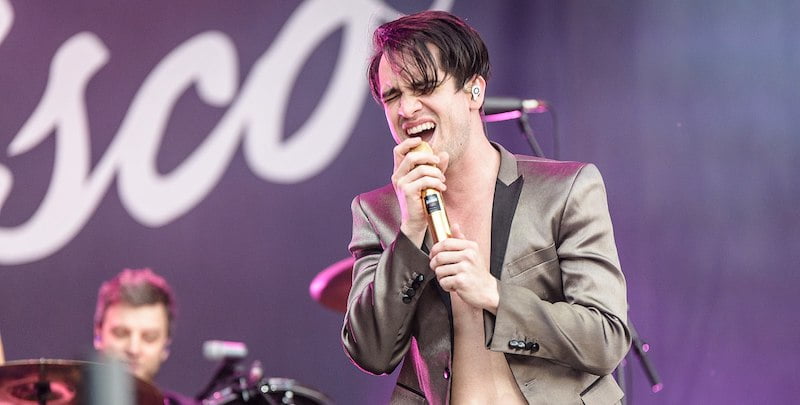 Panic! At The Disco were performing at St. Paul’s Xcel Energy Center when the fire broke out

A fire broke out on stage during Panic! At The Disco’s concert in Minnesota, US, on Wednesday night (15 September).

Footage shot by fans and posted on social media showed a blaze in the corner of the stage at St. Paul’s Xcel Energy Center while the band were performing.

It appears a member of the crew extinguished the flames as the band continued to play, with frontman Brendon Urie seemingly unaware of the incident.

It’s not a Panic at the disco concert unless the pyro machine catches fire #panicatthedisco pic.twitter.com/GCaw78sNbF

The fire remained small and contained on the stage. No injuries were reported from inside the arena, which held about 7,500 fans, according to the Pioneer Press.

It is believed that the fire was a result of pyrotechnics used as part of Panic at the Disco’s show. At the time of writing, neither the band nor the venue has commented.

Panic! At The Disco are currently on the US leg of their Viva Las Vengeance 2022/23 global arena tour.