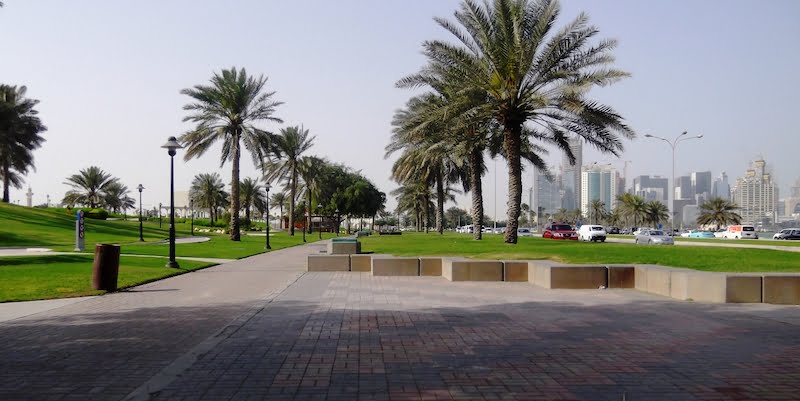 FIFA is to stage free concerts featuring “top global and local music acts” as part of a reimagined Fan Festival at the 2022 World Cup in Qatar.

The festival will be held at one central location at Al Bidda Park in Doha over the 29 days of the international football tournament, which runs from 20 November to 18 December.

As well as featuring live broadcasts of every match on a giant screen, it will include music, food and drink, games, culture and sponsorship activations.

“To support our mission to make football truly global, accessible and inclusive, we are thrilled to introduce a new vision for the entertainment experience surrounding future FIFA World Cup events,” says FIFA president Gianni Infantino. “The FIFA Fan Festival provides an incredible opportunity for fans to come together beyond the stadiums and the on-pitch action and experience football in new and unique ways.”

The event builds on the FIFA Fan Fest, which appeared at four editions of the World Cup and welcomed almost 40 million visitors across five continents.

“There will be something for everyone at the Qatar 2022 FIFA Fan Festival at Al Bidda Park,” adds FIFA World Cup Qatar 2022 LLC chairman, HE Hassan Al Thawadi. “With the stunning West Bay skyline as a backdrop, fans will enjoy live matches, a host of musical and cultural performances, and a vast range of food and beverage options.

“It will be the centrepiece of our FIFA World Cup – the first to be held in the Middle East and the Arab world. When fans arrive in November, they should expect a warm welcome, amazing football and a large number of entertainment options. We look forward to welcoming the world in just over 70 days.”

Following its debut in its new form in Qatar, the festival will premiere at the FIFA Women’s World Cup  in Australia and New Zealand in 2023.

Music of the Spheres – the tour report