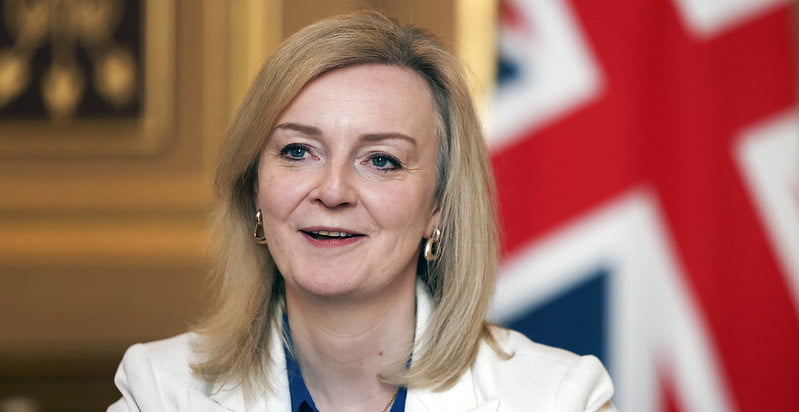 The new PM unveiled an estimated £150 billion package today, which will see energy bills capped at £2,500 for households for next two years while the government gets the energy market “back on track”.

An equivalent price cap guarantee will be offered to all businesses, charities and public sector organisations for six months, after which a review will take place. Hospitality and other vulnerable sectors will be guaranteed additional support after the six-month period.

“We welcome the government’s energy announcement today and the measures outlined by the prime minister, but we urgently need more detail on how the government plans to support struggling businesses facing energy costs increasing by as much as 1,700%,” says LIVE CEO Jon Collins. “To support the live music industry, we also call on the government to introduce targeted action by reducing VAT on ticket sales to 5% and reforming business rates.”

“The triple threat of a cost-of-living crisis, the post-pandemic hangover, and skyrocketing energy prices could spell the end of the UK’s live music scene as we know it”

A recent industry survey revealed that music businesses across the country are currently facing enormous energy cost increases, forcing many to consider closing their doors and leading Collins to warn last week that the “triple threat of a cost-of-living crisis, the post-pandemic hangover, and skyrocketing energy prices could spell the end of the UK’s live music scene as we know it”.

“Millions of people have just enjoyed a spectacular summer of live music, but this is now under threat,” he said. “We face cuts to programming, venue closures and an unbearable strain on an already fragile industry. Government must act to protect this world-leading and uniquely British endeavour before it is too late.”

“The financial impact of the energy price rises on the grassroots music venue sector presents an existential challenge,” she says. “For a sector with a total gross turnover of £399 million, the current rise equates to an additional £90m in costs.

“The policy announced today only goes some way in alleviating the challenge, in the very short-term, by creating an energy price cap for businesses that will be in place for an initial six months. The government has committed to reviewing this policy in conjunction with the hospitality sector. Music Venue Trust will contribute to this review to ensure the perspective of grassroots music venues is included in this decision-making process.

“As the policy announced today is only a temporary short-term measure, Music Venue Trust urges the government to take further action to ensure a long-term solution for energy provision for grassroots music venues providing an energy supply which is affordable, reliable and sustainable. We need this action to take place as soon as possible to protect, secure and improve our grassroots music venues.”

“This half measure package is tantamount to support experienced during the pandemic, but lacks considerable detail to alleviate current business concerns”

“We are extremely disappointed at the announcement by the prime minister today,” he says. “This half measure package is tantamount to support experienced during the pandemic, but lacks considerable detail to alleviate current business concerns.”

“We have no time for drip fed support, or to await the impact assessment of incremental measures, this needs to be a concise and immediately accessible package, which is proportionate and scalable.

“As the first major announcement of the prime minister and chancellor’s tenure, the government has failed businesses today, and with mounting debt across the sector we will see many have no choice but to consider the future, placing thousands of jobs at risk in the coming weeks, without additional support.”

Last month, IQ heard from a number of European arenas who also say that skyrocketing energy costs are emerging as the sector’s biggest challenge since the Covid-19 pandemic. ASM Global’s Marie Lindqvist said the prices for electricity and gas at the company’s venues have quadrupled since the beginning of the year, with the UK being hit the hardest.

Dark Horses: The resilience of metal