The five-day emerging music festival has announced a new partnership with Vice Media Group, which will curate the opening night 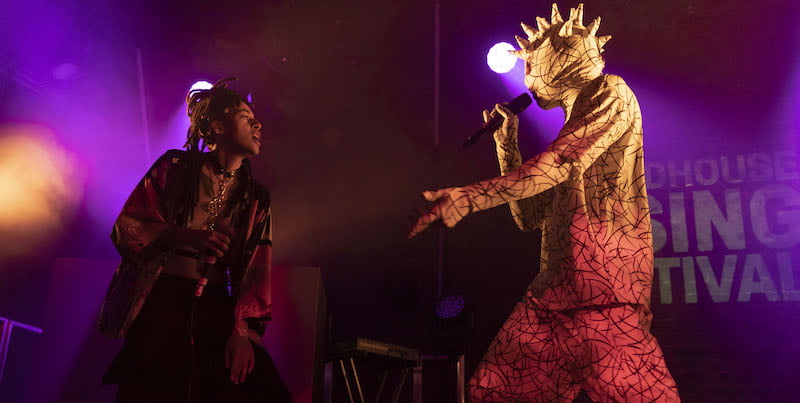 London’s Roundhouse has announced a partnership with Vice Media Group for the Roundhouse Rising Festival 2022.

The five-day emerging music event will take place at the 3,000-cap Camden venue from 4-8 October, with £1 tickets available across all shows to people aged 30 and under in response to the cost of living crisis.

Vice will curate the festival’s opening night, with the first names to be confirmed including Brooklyn multi-hyphenate artist and creator Talia Goddess, multidisciplinary artist Loshh and vocalist India Shan, who was handpicked from Roundhouse’s Resident Artists programme.

“Rising Festival is where Roundhouse comes into its own, as a home for incredible music experiences and also a world-class creative programme for young people,” says Roundhouse head of music Lucy Wood. “Rising develops, platforms and celebrates talent of the future, and I’m excited that Vice’s involvement will amplify this. We do a lot of excellent things at the Roundhouse, but this is definitely my favourite.”

As part of the new link-up, Vice’s music channel Noisey will also profile a number of Rising Festival’s featured artists as well as publishing additional editorial coverage across a range of Vice platforms.

“Vice is synonymous with finding new voices and providing a platform for diverse communities and individuals,” says Nadja White, chief marketing officer of Vice Media Group. “We are delighted to be working with Roundhouse to support the next generation of artists, providing a global platform for new talent and bringing in new audiences through our award-winning content.”

The subsequent three nights at Roundhouse Rising 2022 will be curated by BBC Music Introducing, multi-venue London-based festival and club night Risen; and Shesaid.so, a global community connecting women, gender minorities and allies in the music industry.

The festival is also partnering with Deaf Rave which provides entertainment with music, sign song and visual performances to an all-inclusive audience, globally and across the UK. Line-ups to be confirmed.

Featuring across all Rising Festival gigs will be Beat Blocks. Beat Blocks is a haptic flooring system that takes input from any audio source and creates felt vibrations and audio output to give people who are deaf or hard-of-hearing a new way to experience gigs.

Running since 2011, Roundhouse Rising Festival offers a creative programme of performances, workshops and access to industry events and traineeships, supporting new and emerging artists as well as young people looking to progress their careers in off-stage music roles.

Over the last decade, it has hosted early-career performances from the likes of Little Simz, Jacob Banks, Greentea Peng, Kojey Radical and Kokoroko.